Septimus Sulla is a name that will be recognised as the face of evil; a true adversary of King Arthur he is known as the Soulless Emperor, however not everyone starts off evil, and it’s Sulla’s ‘origin’ story that we get to encounter in the King Arthur II Prologue; Dead Legions.

First off it is imperative to note that the Dead Legions prologue is not a demo, it is a chapter in the tale of King Arthur, and one that can take around 5-10 hours to experience depending on how you go about it. It tells the tale of Septimus Sulla, and his betrayal by the families that he knew and trusted, and his naive rise to power.

King Arthur II is much like the Total War series for those unaware, and everything exterior to combat is carried out in a turn based fashion around the four seasons. On the battlefield you can move your hero a certain distance every season and can take on battles, matters of diplomacy and adventure quests to further your tale. 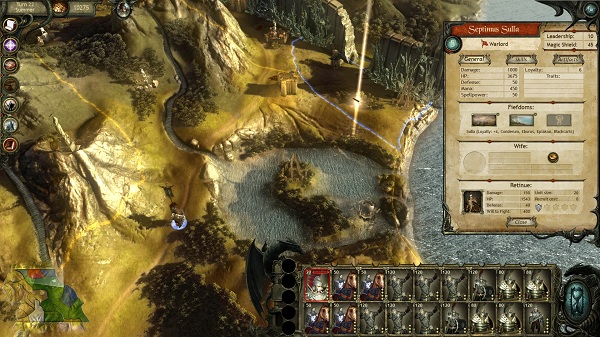 Matters of Diplomacy occur for disputes of interest or in the case of Sulla; they occur at the senate where families bring matters to light and your decision on backing certain proposals can sway your favour with the other families, whilst in the prologue these come of very little consequence, in King Arthur II across a much longer time frame everyone knows that diplomacy is key.

Adventure quests are a mini choose-your-own-adventure tale where choosing to perform certain actions, such as braving an abandoned forest alone, or sacrificing yourself before others will affect your morality and on occasion reward you items or even new heroes to fight alongside. The adventure quests often propel the story forwards, as well as show yourself what sort of leader you really are.

All battles are fought in real time, and magical relics on the battlefield can help sway your victory, however thankfully, to stop yourself getting caught in sticky situations, before you choose to battle you are shown a difficulty for your opponent, this prevents you from running headfirst into a battle you surely cannot win, and allows you to ‘auto battle’ the skirmishes that you feel are simply not worth your time. 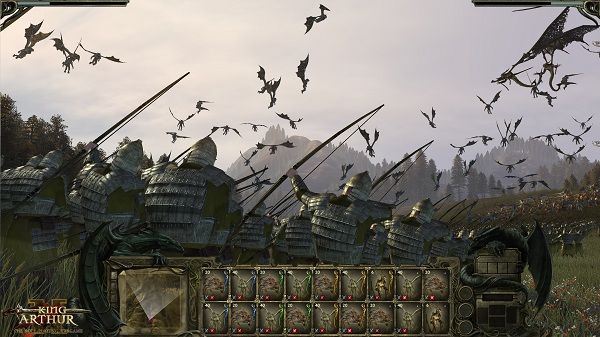 The battles allow for strategy or all out crazed offence, and whilst the camera has been reworked a lot since King Arthur: Fallen Champions you are still limited greatly to how much you can zoom out and observe your battles.

In the cold winter months there is little for your army to do, during these times any experience gained in battle will accrue on your men, allowing you to level up their stats and skills, as well as upload your units back to their full strength. This roleplaying element stops your units from being numbers and statistics, and gives them meaning; after all, your level 10 archers that fire with true accuracy are worth far more to you than simply recruiting some new men.

Locations owned or ‘liberated’ through battle do more than show the territory as yours on the map, each location has a number of slots where buildings can be constructed for certain perks on your army or performance on the battlefield. Other locations can open up recruitment avenues that were before inaccessible, the way forward in King Arthur II is definitely to conquer all. 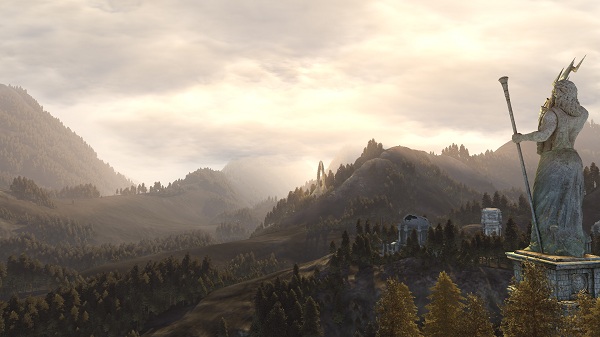 The game also has one of the most striking narrators as far as games go, and the incredible talent that they use could only be succeeded by the likes of John Hurt, his voice makes the adventure and diplomatic quests a feast for the ears.

The region of Eboracum holds many different adversaries, and you will get a feel for all the varied armies that you will battle as King Arthur. The Roman houses of Quintus, Severus, Messala, and Caracalla all concentrate on particular units making their battles easy to cater with, however other regions below the wall that lie in wait for your capture such as the Sentinels loathe the use of magic and warlocks and so are ready and able to bash your army in, or the demonic Balor Spawn whose army is full of otherworldly beings and grotesque creatures.

Your final battle against the Picts will serve as an end to the respected General Septimus Sulla, and the beginning of dark times on the magical history of Britannia. It will not be an easy fight however, the savages rage at the gates of Hadrian’s Wall with all manner of beast and demon, however it makes a satisfying prologue to what is going to be a legendary tale of King Arthur. 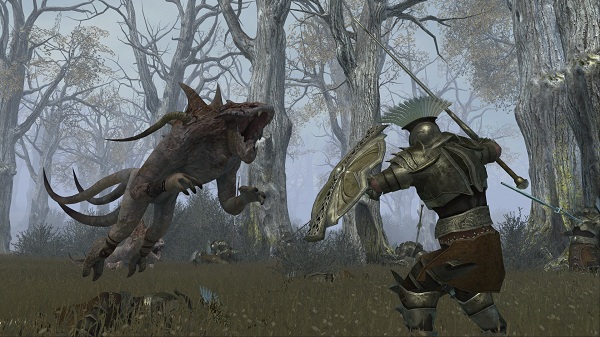 The King Arthur II prologue Dead Legions is merely a taste of what is to come, with a fantastically engaging story full of magic, betrayal, loyalty and death your very own choices mark the undoing of what was once a great man. It’ll make you ache to get your hands on the full game.

King Arthur II — The Roleplaying Wargame will see a release January 27th 2012 for Windows PC. If you have not pre-ordered the game yet, you can do so and receive the Dead Legions Prologue for free, allowing you to begin the game, and experience the life of Septimus Sulla before it is released.