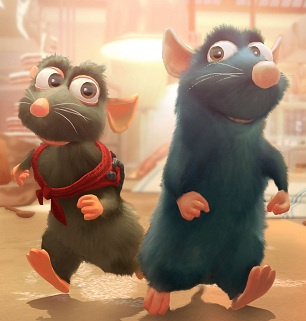 Kinect officially came out about a year and a half ago now and we've had a whole host of games released; some good, some bad and some a little bit in-between. One of the best draws for Kinect is of course to get children playing more games on Microsoft's Xbox 360. While also adding the wonder of controller-less gaming to their hugely successful console. Although on Microsoft's console there aren't that many child friendly games available, there are of course a lot more than there used to be, but Kinect has been great for drawing more child-like games to our living rooms which can then sit alongside the more mature games.

Kinect Disneyland Adventures was released fairly recently, just in time for a Christmas release back in November which proved to be a very successful release from Frontier Developments. Well now Asobo Studios have brought us Kinect Rush: A Disney Pixar Adventure. Kinect Rush is a game that follows an array of Pixar films and adds interesting and fun Kinect gameplay to them. Kinect Rush features levels for five different Pixar films; Ratatouille, Toy Story, Up, Cars and The Incredibles. Tying in fun moments that you can play which relate to the films but may not be essentially 100% true to the films in order to get more gameplay out of it, but they've tried to tie them as closely as possible.

Asobo Studios were actually the developers of the console releases of Ratatouille, Toy Story 3 and Up for the lower end consoles at the time of their release, and Kinect Rush is their first venture into the ways of the Xbox 360. To make a leap to the current generation of consoles seems to of been a great move for them too as I can't really fault the game, it doesn't look like the next L.A. Noire, but instead it features a slightly less expensive Pixar artistic style that keeps it looking good and acts as a great rendition from the films to games.

Visually the game looks great; especially Ratatouille, but then you can't not love Remy. Of course it's not like you're watching a Pixar film itself as the Xbox 360 wouldn't really be able to handle doing that, but in game form it serves the purpose and puts you or your children within the animated universe while playing a pretty fun game while you're at it. 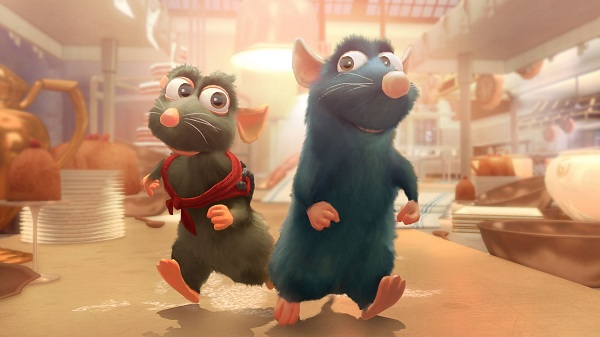 Kinect Rush has a similar feel to Disneyland Adventures, allowing you to walk around in a park style environment that has five different themed locations to match the films. The best bit about this is moving your arms around to walk and leaning to turn, most of the time it works really well and actually makes sense as a way to have you walk, although you can feel a little silly when doing it.

Within the levels themselves they combine a variety of different moves that you have to switch between quickly as you play. One second you're swimming by doing a front stroke, and then having to quickly run by using your arms and legs as if you were running on the spot, followed by sliding yourself down a slope, pushing your arms back to speed yourself up. It may sound like a lot and after spending perhaps seven minutes to finish a level you do end up feeling like you've gotten a fair amount of exercise. Especially when you play about three levels in a row, it does make you feel slightly knackered.

As well as the large variety of motions that are used during the levels they've also integrated voice control on most of the menus which works really well and creates a more seamless experience which doesn't require a controller or annoying slow arm movements. You can if you wish choose to use your hand to select menu items, but it's just so much quicker to use your voice, as long as you don't say "Okay" as fast as I do. 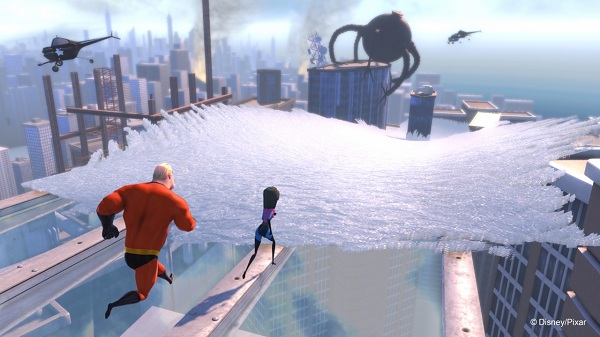 When starting the game you can scan yourself in as your playable character, sadly it doesn't seem to grab too much information from your body as you choose your sex, eye colour, glasses and whether you have short hair or a ponytail to create your own self within the game. However this new persona is a bit different to what you'll play as through the levels, as your character is transformed to something a little more suitable to fit within the film environments. So for example in Ratatouille you're a rat version of yourself, in cars you're a car, and so on. But this character you create will be what you run around as within the Pixar Park.

With only three levels per film, giving you a total of 15 missions you could possibly finish these in about an hour and 45 minutes if you're rushing and have the energy to go through all 15 in one sitting. However if you really want to get all the gold medals and platinum if you're really going for it, as well as all the unlockable bonuses, then you may want to replay all the levels as each replay gives you more points which helps you unlock little bits and bobs. For example you can unlock the glide ability which allows you to get to higher up places to get slightly more hidden coins and collectables, or unlock bonuses for each level and film. As every level has multiple paths there's a lot of game to play through if you really want to play it to death.

Of course a game aimed at kids wouldn't be complete without a two-player mode, however as a standard Kinect based warning you will want to have a fairly large sized living room if you wish to dive into some two player action. At first it plays fine if you're just running around in a level, jumping or driving around, but then the second balancing, rowing or flying a plane comes into play it can get a little tight to make sure Kinect can see your movements. With a little arm clashing here and there, and taking turns to move, this may be less of a worry with two smaller children but with two adults it does make it a little hard to play even with a fairly well sized living room. 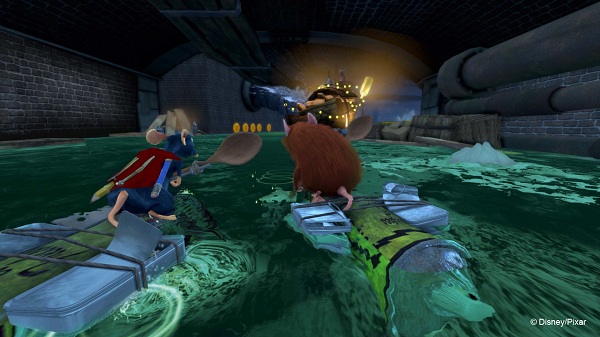 Kinect Rush: A Disney Pixar Adventure is all-round a great game, perhaps it's not made for all to enjoy if you'd rather be blowing people up, but it works really well and was a really fun and exhilarating experience to play. It'd be a great birthday present for children or Pixar fans, lots of fun and great for some exercise by yourself or with the kids.