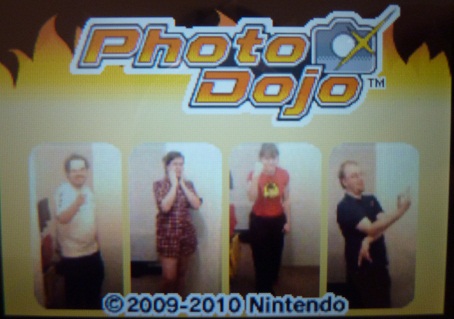 Originally released as Photo Fighter X in Japan Photo Dojo is a new piece of DSiWare now available on the DS Shopping Channel, Gamercast were made aware of the game in Episode 179. To put it in the best way possible Photo Dojo is as amazing as the Gameboy Camera was, you take photos of yourself and can play as yourself in game.

Photo Dojo cannot really be described as a fighting game, there is only the basic punch, kick, fireball and special move, and the controls are aren't what you expect of a fighter, but the game is not intended to be taken seriously. It is however one of the best gimmicks using the DSi to its full potential, and the voice recording ability allows the game to create much hilarity. 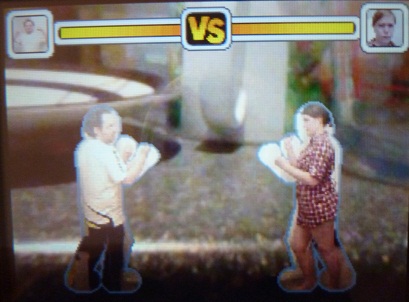 Before playing Photo Dojo you need to set it up; as the game does not provide you with any pre-set characters, instead you have to create your first character. This is somewhat of a lengthy process but totally worthwhile, 13 photos, and 10 voice recordings later you are asked to name your fighter and then choose one of four different fighting styles consisting of Kung Fu, Mystic, Feral and Crusher, each affecting your special move. Once you have taken a photo for a stage you are ready to go.

The game limits you to creating up to eight fighters, and eight stages, and you do of course have the option of going back and editing either stage photos or individual recordings or photos of the fighters. 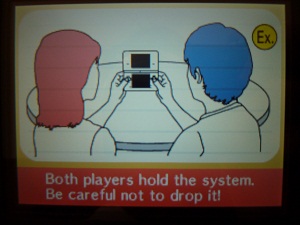 You get two different modes of play in the main game; the single player mode is a survival type game where you must defeat 100 enemies in order to finish the game, which is nowhere as easy as it seems, and VS mode allows two players to fight against each other on the same DS, so player 1 takes the left hand side of the DS and player 2 takes the right hand side, which works well even with large handed people, according to our research. When low on health in either modes of Photo Dojo you have the option of your comeback move, which enables a move only usable as a comeback.

Photo Dojo is definite value for money at only £2, and is the most fun you could possibly have with a DSi, although it is not a real fighting game per say, its playability is strong, and is players can have almost as much fun creating a fighter as playing the game.
On a scale of fun Photo Dojo definitely gets

From this review the game may not sound very awesome, but you need to see it in action to really appreciate it, so here is the Gamercast crew in Photo Dojo.