Although Mass Effect 2 only came out at the end of January, Bioware have been working hard to release a steady flow of downloadable content, this April they will be releasing their first premium DLC. In 'Kasumi — Stolen Memory' Cerberus have found another possible operative to add to your team; Kasumi Goto is the galaxy’s most mysterious master thief. In return for joining your team you must help her in a dangerous heist and infiltrate the vault of master criminal; Donovan Hock. The new content takes place on the planet Bekenstein, and also includes a new research upgrade, a new weapon, and a new achievement. 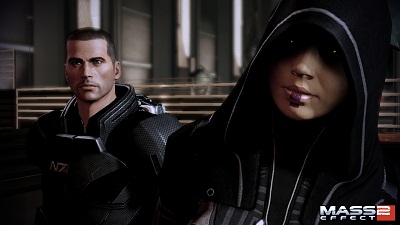 Fans of the game shouldn’t also forget that the Firewalker DLC is being released today, free to those who have Cerberus Network access; Firewalker will give you access to five new missions on five uncharted worlds, not to mention the new Hammerhead hover-tank, Mass Effect 2’s answer to the Mako.

Kasumi — Stolen Memory PDLC will be available for the Xbox 360 for a mere 560 Microsoft points, and on PC for 560 Bioware points.