It's the world's most determined stuntman, Joe Danger! Finally the game that many have yearned for on the PC has hit the platform, but the burning question, is, is it the PC conversion you were hoping for, or might you as well be playing on your console?

If you're unaware of the previously console-only high-tense puzzle racer Joe Danger is an ever-popular sadist 'one more try' style of game in a similar approach to RedLynx's Trials, although we like to think of it as a bit more similar to the classic Excitebike. Sure, our current generation of games is full of Super Meat Boy's, infinite runners and games like Joe Danger, however the difference with this offering from the developers at Hello Games is the love. 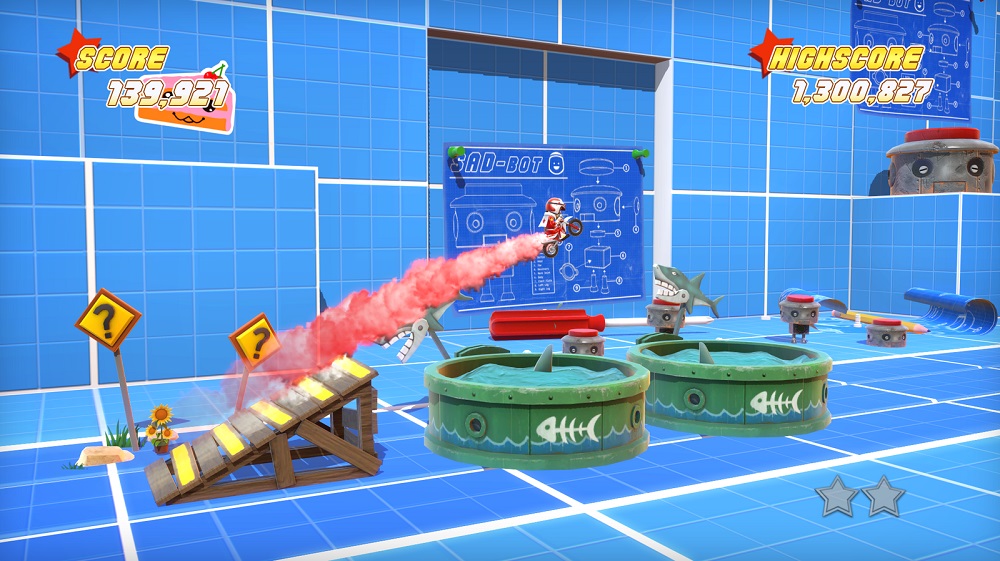 Everything in Joe Danger is so well polished, and its wonderfully cartoon art style will have you smiling in delight to find such a game in existence, especially in the hallowed halls of Steam. Graphics aside, Joe Danger is still the Master of Disaster, and despite the fact that it suffers from local multiplayer only, thanks to ghosts of other players across all levels you'll never feel alone blasting through one of the hundreds available in the games, which keep the practically single-player only game, very competitive.

But perhaps you aren't a competitive person, perhaps you're a bit of a completionist? Well Joe Danger caters for your types too, and in particular Joe Danger 2: The Movie has some fantastic challenges lined up, requiring you to look beyond the game as a racer and more of a platformer as you strive to collect the DANGER letters, or hidden bananas, coins and more, there is literally hours of your time waiting to be used up in this surprisingly simple, but addictive game.

The shining point of both games is the career mode that beautifully progresses in difficulty, though if you are new to the series and want to experience it correctly we really do recommend playing through Joe Danger first, because you may not be prepared for the new vehicle choices in Joe Danger 2, specifically the Unicycle, of which half of the fun is managing to stay upright whilst twisting, turning, spinning and jumping around each level! As we mentioned previously, both games also include multiplayer, although unfortunately just like the original console versions, this is still local play only, and good luck getting four controllers recognised on your PC! 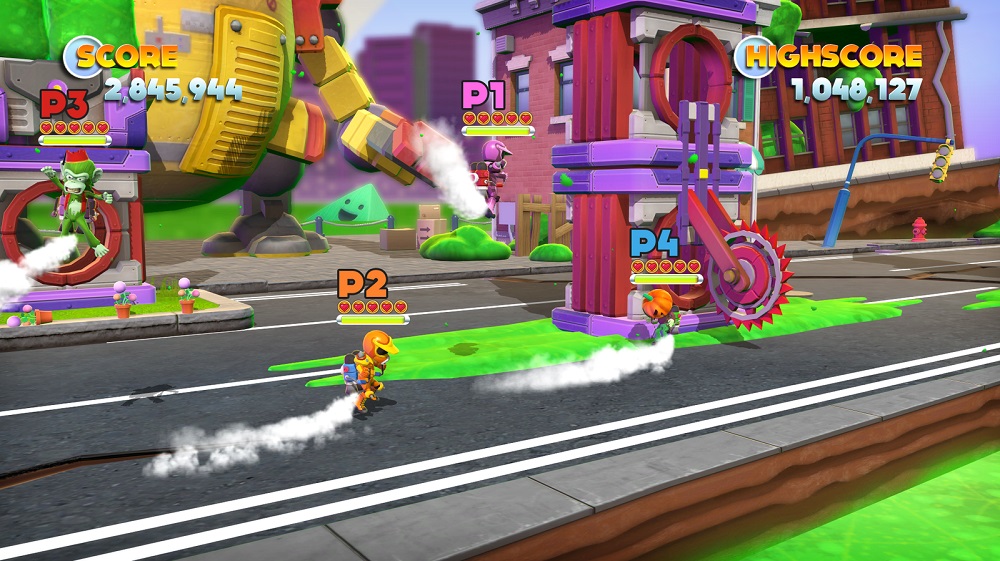 Suffice to say, the game is fantastic, however unfortunately as soon as you boot either of the two Joe Danger titles they have port written all over them; tool tips reference the Xbox 360 Controller for Windows, and in order to find the keyboard commands you need to delve into the options menu, granted the game feels more familiar with the use of a controller, it's the ultimate insult to a hardcore PC Gamer to show them the face buttons of a controller when all they want to do is use a keyboard and mouse.

So it doesn't show you what the keyboard commands are without asking, that's not too bad right? Its just a aesthetic issue, and doesn't deter from the game? We'll give you that, after all one of the best features of Joe Danger, much like the great Lode Runner, and the LittleBigPlanet's of the modern generation Joe Danger features a creation sandbox that allows you to design levels and share them online, regrettably the same interface from console is used, which is an incredible shame as the mode lends itself to the PC oh so well, you will still be able to create levels, but not with the same streamlined ease that you would hope.

However its not all bad, and Hello Games have included some new features into the games such as the exclusive Ultra Hard PC mode, because they know that insanely challenging games like Trials and Armadillo Run started out on PC, the mode certainly is challenging, and has been described as the very soul of Joe danger, just as you'd hope it will have you cursing the sky in frustration on many an occasion, and is quite a gem for those with iron patience. 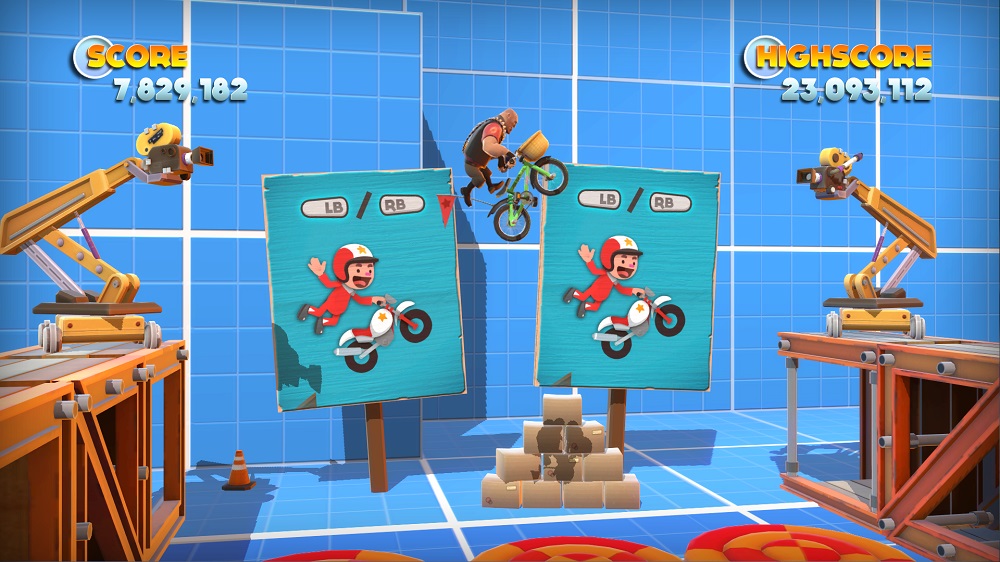 With both games present on Steam, it wouldn't be right without the inclusion of some Valve related bonus, and in typical style, Joe Danger 2: The Movie features the cast of Team Fortress 2 as playable characters alongside The Player from Minecraft, of course these are all simple reskins, but never before did you think you would see The Heavy balancing on a Unicycle, or riding a little girls bike! Of course a game built for sharing like Joe Danger also benefits from Steam Workshop integration that allows you to share and download levels even easier than in the original console release.

As a viable option to play the beautifully colourful and fun Joe Danger on PC you couldn't ask for more, whilst the elite PC gamers amongst you will be a little insulted at the straight port-like aesthetics, you simply cannot deny the good wholesome fun that Joe Danger; Master of Disaster brings.

Joe Danger and Joe Danger 2: The Movie are both available now on Steam for the SRP of £9.99 each, or you can pick the two up in the Joe Danger Bundle for £16.99.