They did it! Jagged Alliance will be back in action in Full Control's reset of the series in Jagged Alliance: Flashback, the developers achieved their 30 day Kickstarter campaign with 105% of the funding goal, that's not all though, because with Paypal donations combined, the team raised over $380,000!

Unfortunately with Space Hulk in the works, the small Danish independent studio are not starting on Jagged Alliance straight away, with full development scheduled for later in 2013, hwoever that means there's still time for more stretch goals, and garnering such a high amount of money, the campaign also reached its first goal of $375,000 which means the game will include the Mountains, Mines and Pits themed zone, and with a release set for late 2014 you can still hope for the Map Editor and a small island off the coast. 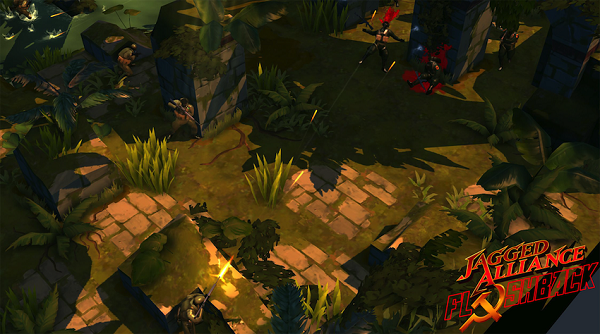 If you were too late, don't worry as they are still accepting Paypal donations for their stretch goals on the official website.