Kalypso Media and bitComposer Games have announced the first standalone add-on to the fantastic rebirth of Jagged Alliance; Jagged Alliance: Crossfire set for a release this summer!

In Crossfire, players are taken to Khanpaa, a peaceful country suffering under the brutal attacks of mercenary troops, ambassador Behnam Atiqullahs has no choice but to hire his own mercenary teams to put an end to the agony that Khanpaa’s civilians are facing, which is where you come in. 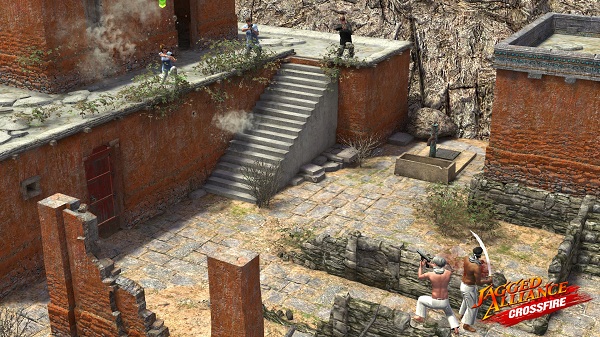 Featuring the same unique mix of tactics, RTS, RPG and simulation gameplay of Jagged Alliance: Back in Action, Crossfire also comes complete with all of the additions from the 1.13 patch that brought everything that fans demanded to Back in Action including the optional line of sight modes and fog of war.

With a new location comes new enemies, weapons and threats, and with ten new M.E.R.C mercenaries the roster has now been taken up to 50 mercs! Not only is the first completely new story in the Jagged Alliance universe in almost a decade, but it includes 20 new achievements and 15-20 hours of additional gameplay!

Jagged Alliance: Crossfire will be available in retail stores and most online distribution channels this September, unfortunately a pricing structure has not yet been announced!