Queen Deidranna dictates the small island of Arulco with more than an iron fist; full of militants armed to the teeth, civilians are afraid to be seen out of line for fear of death, now it's not an easy ride releasing a country from the icy hold of its ruler, but that's what mercenaries are for in the cult reimagining Jagged Alliance: Back in Action.

It is up to your band of mercenaries to liberate the country under her grip, in the beginning you'll start small by taking control of the island's airport, 'tearing' down road blocks, gaining control of important buildings and generally popping off any militant you see before you. The great thing about Jagged Alliance is that you only have one set goal; defeat Deidranna, and before you accomplish that, you can do as much or as little as you wish, the game is refreshingly non-linear and you'll never find any paths ahead of you blocked because you simply haven't unlocked a certain area. 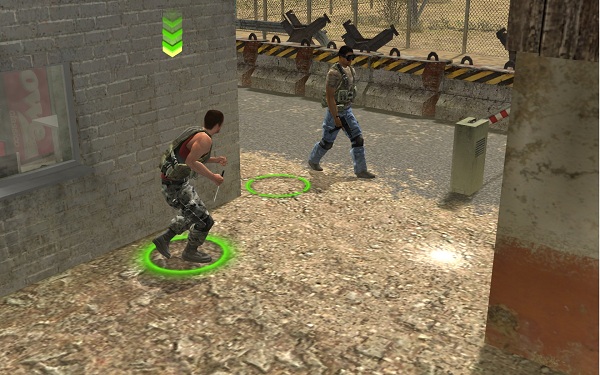 If you've never heard of Jagged Alliance it was a critically acclaimed series of games produced in the late 90s that created a benchmark for the turn based strategic subgenre, this is not to say that you are required to have played the originals in order to understand Back in Action; quite the contrary. Jagged Alliance: Back in Action is a reimaging of Jagged Alliance 2 that -dare I say it- simplifies the original, and to be fair, as someone that has never before touched a game in the series, bitComposer appear to have made a competent tactical roleplaying game which are pretty much nonexistent in today's gaming space.

What bitComposer have done with Jagged Alliance: Back in Action is created a game that caters to the tactical strategist, and to the run-and-gun nut by allowing the user to either carry out every action and movement in real time, or with the unique Play & Go system where the strategic masters can shine. This Play & Go command mode allows you to queue up actions such as movement, shooting and any of the skills that your mercs can perform, sounds simple enough, what makes it so great? Well not only can you queue up orders in a paused state, but it also allows you to synchronise your attacks; perhaps you want one of your mercenaries to burst in from the front door of a building housing two enemies, and that as soon as he bursts through, have two of your characters come in from the rear and pop the militants off before they even realise that they are surrounded, think of it like an isometric/topdown precursor to Ghost Recon: Future Soldier, and if you've seen the trailers for the newest Tom Clancy, well Jagged Alliance: Back in Action is just as cool you'll wonder how you pulled it off!

To make life easier for those that wish to play the game properly through Play & Go, there are a series of settings that you can alter so that the tactical command mode will be entered whenever your mercs spot an enemy, get shot at, or even when their gun is jammed, now this is not to say that playing the game in real time is a bad experience, but you will unlikely perform any 'cool' takedowns on your enemies, and you'll make far more mistakes. 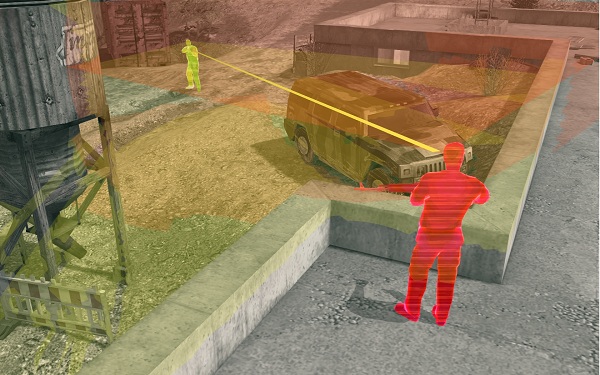 The game has no true protagonist, and instead you pick and choose your team from a barrel of 40 different mercenaries, each with their own unique stats, profiles and voice samples. You hire these mercenaries for an upfront fee allowing you to send them into missions as soon as they arrive in Arulco. Your squads can be as few as 1 member or as many as 6, however you can't just pick your men with eeny, meeny, miny, moe; you must chose your teams wisely, not everyone has the skills to administer medical treatment, defuse bombs or fix weapons and without a well-rounded team you will often find yourself stuck in a tight corner, just like any great RPG.

The game is run from a hub map of the island; here you can check your emails, hire mercenaries, send your squads out to locations and stock up on your munitions at the fantastic online store Bobby Ray's Weapons & Things. The main map is where time is the essence; sending out teams will take time, as does calling new mercenaries in and even shopping from Bobby Ray's; after all even weapons and ammo cannot be sent your way without taking shipping into consideration. Whilst you will find an overabundance of ammo that you do not use during missions, ensuring that you have a stockpile of weapons, and consumables at hand is essential as you won't find many syringes and medikits lying around on a dead militant.

The one true let down of the game is in the AI of your enemy, most undesirables will simply lay in wait on their locations, and a select few will perform patrols, there is never any unexpected actions unlike similar stealth based titles, rather than nipping off for a fag break, many will simply stand about like lemons and when alarmed, will take a good five minutes before they even attempt to investigate your location or realise that they are shooting at a wall. It sort of cheapens the experience of taking down a group of three enemies with your squad mates when you realise that rather than run for cover the men that you are shooting at will simply stay in your line of sight. 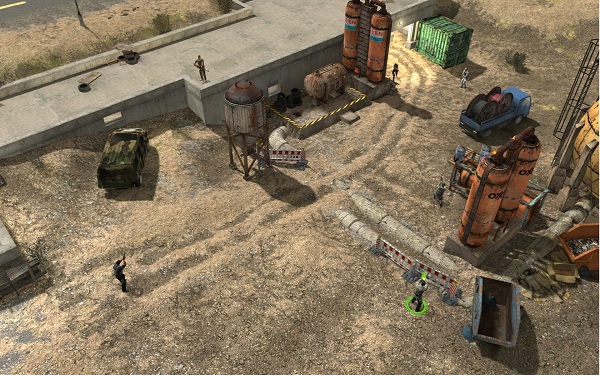 Jagged Alliance: Back in Action is an unashamedly difficult game, if your commands slip up you're likely to find one or more of your teammates lost, and with a high price on buying new mercenaries you will often find yourself saving before a particularly risky gunfight and reloading at the slightest mistake, however with this in mind you never feel disheartened at failure, the pseudo-turned based combat is addictive. So much so that even on your fifth attempt of the perfect sweep; creeping around their line of sight, lining your foes up and executing the plan with a swift command is the most satisfying feeling in the game.

Whilst hardcore fans of the original may not be pleased with the direction that the game has taken, and the niggly little points that have changed from Jagged Alliance 2, bitComposer are still patching the game with user feedback and literally making it into the game that the fans want. Any sane person will be taken in by the tough environments of Arulco, the addictive nature of Play & Go and absolutely fall in love with Jagged Alliance: Back in Action.

Jagged Alliance: Back in Action is available now in all good retailers and online distribution channels for £29.99.