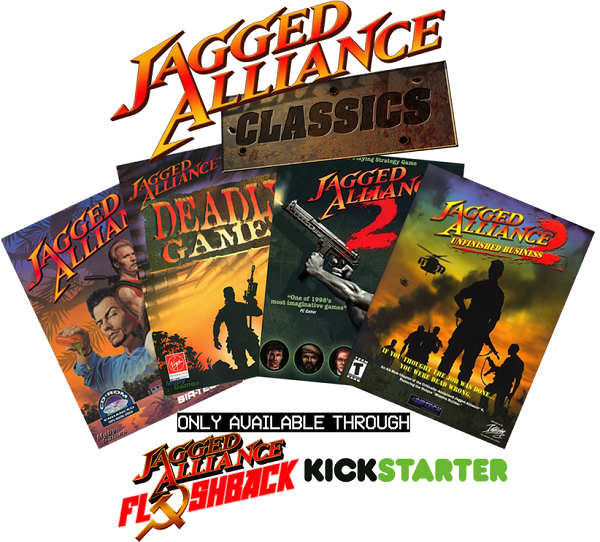 “We are excited to be able to offer our Kickstarter supporters this valuable, limited edition Classic Pack to keep them entertained during the full development phase of Jagged Alliance: Flashback”, said Thomas Lund, CEO of Full Control. “Humble Bundle is a great partner, and we are grateful for their support during the funding phase of what we know will be an excellent addition to the Jagged Alliance brand”.

With over $100,000 made in seven days, the campaign looks to be going really well, and with all four classics on offer for just $5 you've no reason not to pledge! Make it $25 and you'll secure a copy of the new game!

Go on! As if you don’t support enough Kickstarter projects, help bring another classic back to the spotlight.