There’s one game that is guaranteed to grace your PC, Xbox 360 and Playstation 3 every year, and it’s played by millions worldwide! No, not Fifa, this is Magic the Gathering — Duels of the Planeswalkers 2014 the awesome video game based on this year’s Magic the Gathering base box. If, like me you love Magic, but find the habit too expensive, or you have trouble figuring out the time to get a game in with your friends, it becomes a must buy for players around the world, well unless you don't want any spoilers on the cards, otherwise you may want to wait until after July 20th when they are on sale.

For those not acquainted with the twenty-year-old trading card game, Magic the Gathering is a traditional deck building game in which two people build a deck of cards using any combination of 5 different colours of magic. Once a deck is built with on average between 40 - 60 cards, players compete against each other, with the idea being to reduce your opponent's health from 20 to 0, if you do this, you are the winner. 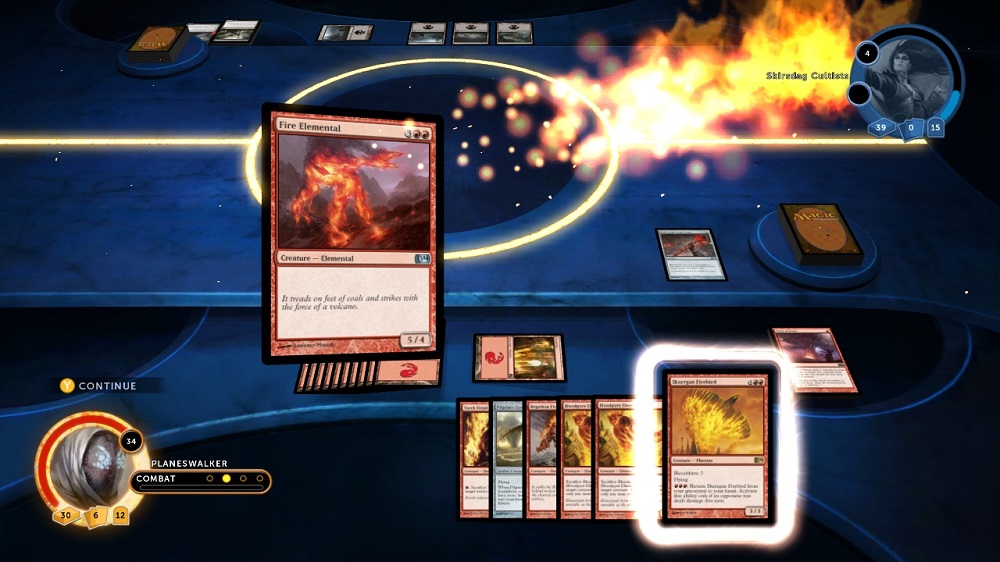 It sounds pretty straightforward but there is a real strategy to it, and a game can completely turn around at the drop of a card, don’t worry though, you don’t need to be a Pro Tour competitor to play, and Magic the Gathering — Duels of the Planeswalkers 2014 comes complete with a tutorial fit to introduce anyone to the addictive card game. From then on you can take on the campaign that will go through the major aspects of the game and gives you an overview on how to play, this can then be honed in any of the modes or in the Challenge mode that gives players a set of cards and a situation, the objective being to win in one turn, a lot quicker than a full game, and very challenging indeed.

As with previous iterations of the game Magic the Gathering - Duels of the Planeswalkers 2014 offers both a Single and Multiplayer experience with modes exclusive to both, these haven’t changed much since last year, however what most existing players are excited for is the new Sealed Mode. Available in Single and Multiplayer Sealed Deck gives you all the excitement and anticipation of opening boosters minus the new-card-smell. Sealed Deck puts you on the spot to build a deck, and take all the responsibility if you happen to choose the wrong lineup.

As with the last two games from Stainless Games, Duels of the Planeswalkers 2014 includes a single player campaign mode with several build-up games before playing a Planeswalker deck, with areas themed around the different planes. In order to unlock decks and cards players need to complete the planes before moving on, so as to manage their deck between battles. 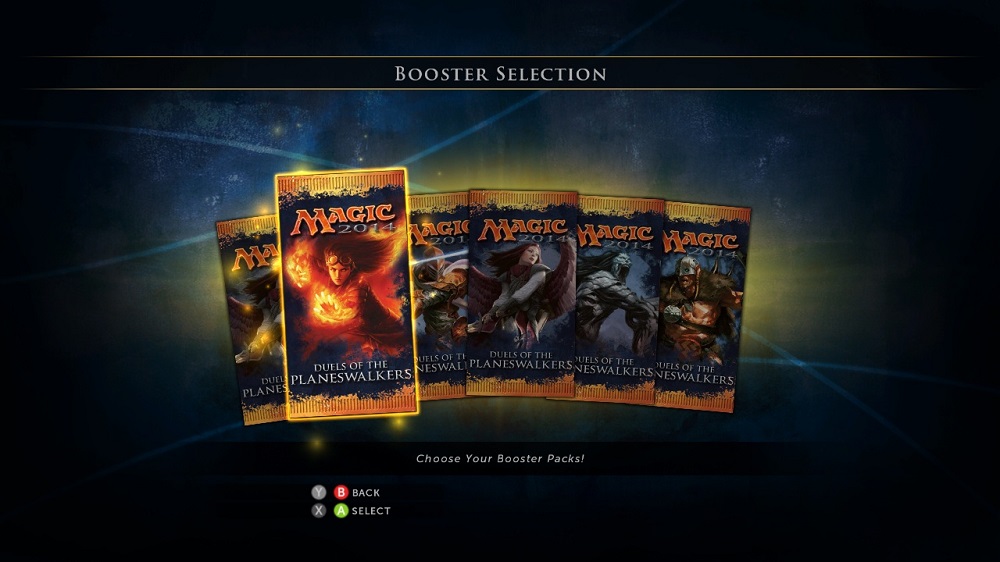 The multiplayer of Duels of the Planeswalkers 2014 is tried and tested, and allows you to put your deck creation skills to the test in Free For All, Two Headed Giant or the new Sealed mode, giving you lots of ways to play magic when your friends are just too busy. The only downside to the multiplayer is it is very casual, and with a game of Magic completely down to chance, you’ll often find opponents leave when the cards don’t go their way.

As a player familiar with Magic the Gathering, Duels of the Planeswalkers 2014 is a great way to practice with the upcoming cards, figure out which are the best, and to hone your skills in advance. It’s not difficult to sink many an hour into this awesome consolised version of the trading card game, and it will keep you going until next year’s iteration for sure, just don’t get too sour if the computer happens to win often, this is a game of chance after all.

Magic the Gathering — Duels of the Planeswalkers 2014 is out now for Windows PC, Xbox Live Arcade, Playstation Network and for the incredibly low price of £6.99, it’s one of the cheapest ways to get into the game!