Its not all Gears of War 3 and Brink at Eurogamer Expo, instead we paid our attention to the Indie Games Arcade that had 12 of the best indie games to showcase to the gaming masses, here is a brilliant example of the best titles that caught our eyes.

B.U.T.T.O.N is a hugely entertaining game that takes the crown of the most fun party game ever. With simple graphics and an even simpler interface B.U.T.T.O.N or Brutally Unfair Tactics Totally Ok Now, is a game for competitive people with a keen eye. In three simple commands you will find yourself running to your controller in anguish to achieve the crown of the winner. Whether you’re required to spin around in a circle, lie on the floor or simply hold hands with your opponent, you’ll be pushing each other out of the way to press your button, your partners button or mash it 24 times in order to win. B.U.T.T.O.N was possibly the most fun indie game at Eurogamer Expo and one game we are definitely looking out for on the Xbox Live Marketplace. 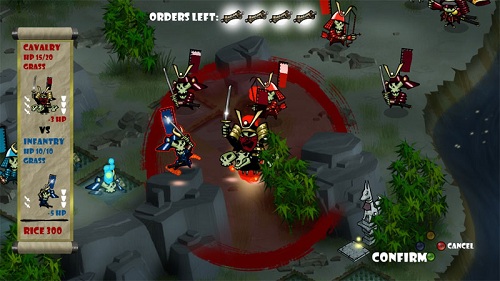 Skulls of the Shogun is a cleverly disguised turn based strategy that has you command several beautifully drawn Samurai Warriors, haunting paddy fields and attacking your rivals this delightfully composed game can be easily picked up by anyone. The simple gameplay, friendly interface and artistic style made Skulls of the Shogun really stand out at Eurogamer Expo, and is another title we are awaiting for the Xbox Live Arcade. 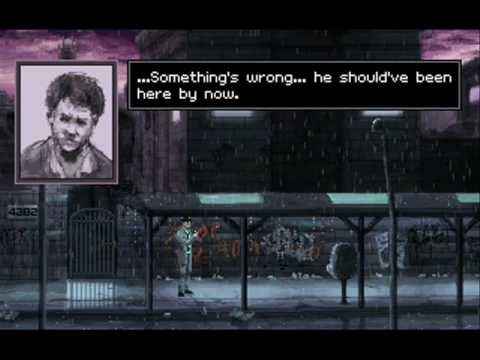 Gemini Rue is a point and click adventure game in a beautifully nostalgic SCUMM-esque art style, promising to be a full length neo-noir story encompassing dual narratives. Gemini Rue features the traditional adventure mechanics of puzzle-solving and dialogue systems, but also has a unique action system that is friendly to adventure gamers that play story driven titles for a reason. With a story to rival that of any non-indie title, Gemini Rue’s graphics and dual narrative will have you hooked from the moment you wake up as Delta-Six in constraints. 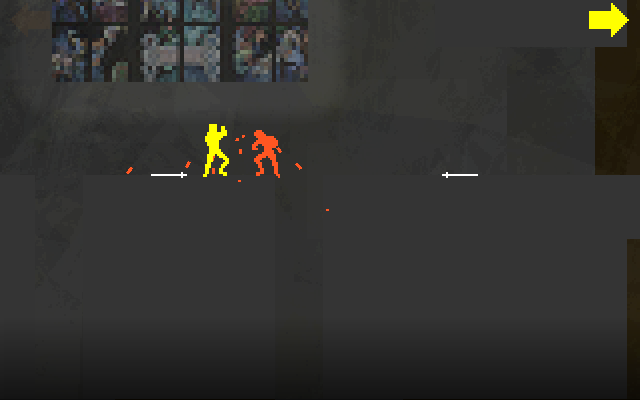 Nidhogg: Tournament Edition is possibly the most fun, two player, single keyboard game that could have been at the show, controlling your characters with the WASD and arrow keys simple beating each other to a pulp with your swords or fists is the most fun ever in this Atari 2600 wannabe. Nidhogg is the perfect game for a competitive show of who is best at frantic button mashing in the fierce and unpredictable realm of pixel fighting. There is an actual story to the game, but we were simply hooked on the beat-to-a-pulp fun. 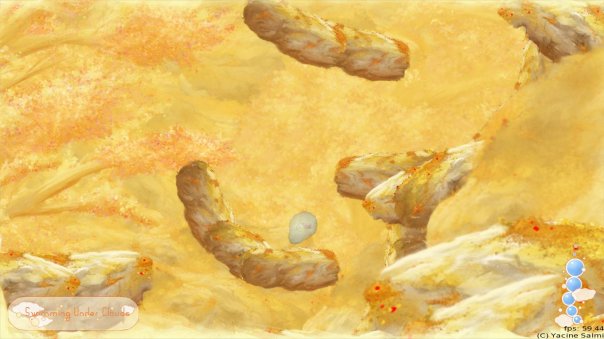 Swimming Under Clouds is a simple platformer where you control a small goldfish in a bubble of water who must gain the momentum of ramps and jumps in this physics based platformer so that he may return to the little girl that misplaced him. With a subtle, watercolour art style and perfectly controlled bouncing physics you will dodge natural dangers as you jump and float around the subtly painted backgrounds. 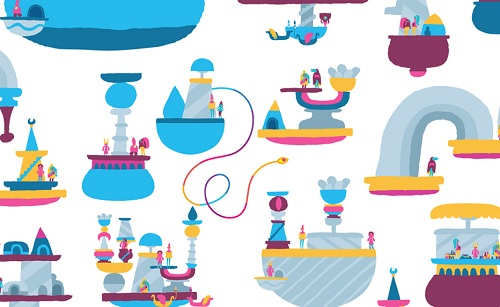 Hohokum is a beautifully simple exploration game in a similar style to Keita Takahashi’s Noby Noby Boy, quite a long time from completion, Richard Hogg’s beautifully simple art style and incredible colour palette makes the game enjoyable for both the hands and the eyes. With a unique control style that utilised the triggers to control your floating creature’s movement, Hohokum is a beautiful example of the more traditionally perceived indie game. Hohokum is definitely one game we are keeping our eyes on.

The Indie Game Arcade was one of the biggest highlights of the Eurogamer Expo, and with a great selection of games on show, it made a great addition for the show whose attendees normally focus on blockbuster games, with massively fun titles like B.U.T.T.O.N and Nidhogg to more serious titles like Gemini Rue, indie games are a hugely important part of the games industry and these games just go to show what independent developers are capable of.