It’s not often that dungeon creation games come along, after all, who wants to be compared with the legendary Dungeon Keeper, Impire has stepped up to the plate, however it doesn’t take much for the educated gamer to realise that Cyanide Studio Montreal’s title is not simply a Dungeon Keeper clone, but an RTS based in the underground lair of a wannabe-evil-mastermind.

Impire is set in the high fantasy world of Ardania from the renowned Majesty series, and so with it comes fabulous tongue-in-cheek humour, full of puns, comical situations and satire, fans of the universe will feel right at home, however things are a little different to a usual title in the series. Ardania is no longer the happy fantasy land players are used to, after all, the game does focus on some right bad-eggs, which makes it all the more enjoyable that your advisor Oscar van Fairweather means to be evil, but enacts more good than bad. 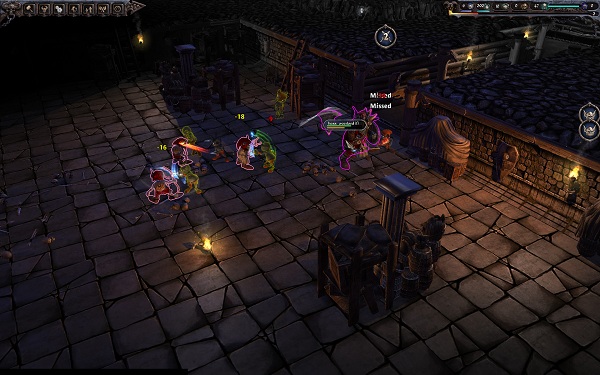 The antagonist of the story that you play as is Baal-Abaddon, a once gigantic and feared demon who is imprisoned in the tiny body of an imp when demonologist Oscar van Fairweather summons him, he’s not exactly pleased with the situation but he likes the idea of ruling over puny humans, and throughout the game you can evolve his diminutive form back to the spectacle of evil that he once was, however in order to get there he’ll have to jump over many a hurdle; completing the requests of his advisor to gain power across the story-based campaign, that can either be played singularly or co-operatively online with a friend or three as you work together to take over the human scum of Ardania.

The game is a split between dungeon management and real time strategy, asking you to sculpt your dungeon with a selection of rooms that can be unlocked to unleash the potential of your traps, units and generally keep your dungeon functioning. As a RTS your units are controlled in squads of five, however a lot of the game is micromanagement across three resources that must be handled alongside your troops; gold for purchasing new squads, mushrooms for summoning minions, and materials that are used for building rooms.

As the only bad guy in a world of good guys there are no diplomacy options to give you a quick fix of resources, however the world map outside of your lowly dungeon opens a world of resource potential through raids, as well as the occasional quest, whilst the raids cannot be personally intervened with, you do have the option of watching each mini-skirmish and grimace as your simple bezerker imps take a good beating.

To help develop your dungeon you have the wise Index Dungeonis to get your foot in the door, basically as you prove that your budding creation is up there with the best of them you will earn DEC points, which can unlock new crafting abilities, units to summon, resourceful new rooms and crafty spells to use against your enemies. DEC points are achieved simply by meeting certain criteria like summoning creatures, harvesting mushrooms and more importantly, killing heroes, all in a days work for a bad guy! 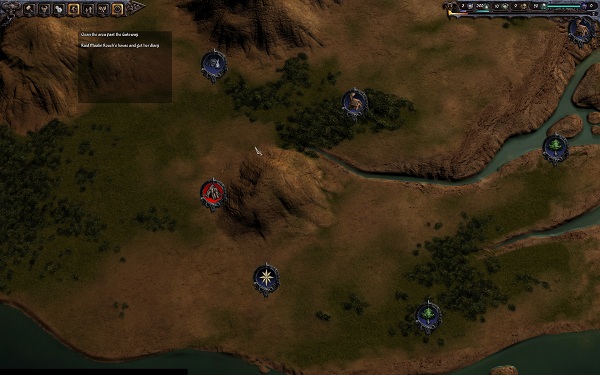 Whilst the Dungeonis is an ingenious way of getting the player to earn throughout their successful dungeon master career, in each chapter you are forced to play through the same scenario over and over, unlocking the same units and the same rooms. Despite there being a large selection of options to pick from, with a limited number of points based on your success, generally there is only ever one route that seems to make the most sense, this leads to a very repetitive chain of events as you rinse and repeat the same steps throughout each chapter, thankfully the humour and side quests dotted throughout help to break the cycle up somewhat.

However having to trudge through the same motions every chapter is not so bad, and it is the nature of unlocking the new runes and spells for the Index Dungeonis where things start to get a little frustrating, and often runes are unlocked far too early on in the game leaving them literally useless for many chapters, and this happens far too often.

Evil looming dungeons aren’t the best at remaining concealed, and every so often you’ll find try-hard heroes rushing your gates for the chance of becoming a legend and thwarting evil, and if anything these guys can be a right pest! Especially because as your dungeon reputation grows so does the intelligence of your invaders, and rather than use the front door they will begin to drop ladders throughout your dungeon to put you off their trail. Just don’t let them in one of your precious rooms or they’ll start knocking over things, and causing havoc! Seriously, the humour in this game is fantastic! 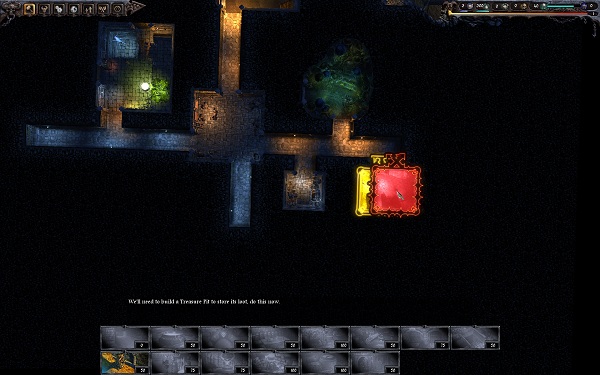 If you’re the traditional dungeon keeper then you’ll have nothing to worry about when it comes to sneaky heroes, and you can set-up all manner of traps to catch them, slow them down, or squish them, heck, why not blow them up with an exploding turkey, whilst they may make a mess on your walls, it will surely be less than some of the particularly violent wall traps poised to squish unaware heroes.

Like with most dungeons, the bones of former humans are put to good use, and unless otherwise specified the foolish heroes that dare enter your domain will be turned into materials, and there’s nothing better than a room made of ex-humans. However thanks to a couple of nifty rooms that you will unlock throughout the campaign you can imprison heroes for glorious treasure, use them as fresh meat in the training room, or simply ‘extract’ the goodness from them and take it into your DEC store. It’s actions like these that really bring out the quirky details in Impire, and there are some fantastic animations to be seen of the workers when in their rooms carrying out actions, clearly Cyanide have put a lot more effort into the game than first impressions may show.

Now your imps and evil doers do not simply run on pure immoral thoughts alone, and in order to maintain their aggressiveness they must be fed quite often, and whilst the use of aggressiveness is a solid technique to disable players from simply creating an uber unit that can complete a whole mission without be tarnished, this form of micro-management quickly becomes tedious! To counteract it there is a nifty teleport mechanic that allows you to transport any squad as well as Baal across any area already discovered on the level’s map, but it doesn’t help you lose your patience when you’re in the middle of a fight and your units are fed up, running on empty and are about as useful as a chocolate teapot. 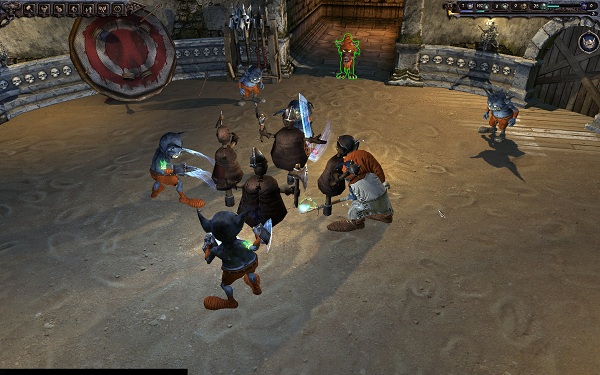 The structure to each act is pretty similar, and you'll find yourself building up your dungeon, to attempt to tackle some do-gooders that reside above your current domain, after you've built your abode up to a respectable level you take Baal and a few squads through a door to the area where you must carry out your evil deeds, and leave a couple patrolling your dungeon on the lookout for the goodguys. This leaves your attacking squads to collect certain items or find individuals in which to forward the story, all the while side quests are drip-fed to you, and after a fairly meaty selection of battles against countless heroes you reach your goal that may result in a tough boss fight of sorts that requires more than just click-attack.

Story is interjected throughout each act, and with 5 whole chapters you are most certainly getting your money's worth, that said whilst the humour of the game is fabulous it may not be everyone's cup of tea, however the odd joke here and there is sure to catch a stifled giggle from even those made of stone.

Impire is an interesting RTS that means well, but doesn't quite hit all the right notes, despite its fantastically humorous outlook, sorry excuses for bad guys and a brilliant array of rooms for your dungeon, the frustrating micromanagement, and repetitive missions make all of the sparkling aspects a little less impressive.

Impire is available now from all good distribution sites for the SRP of £14.99, if you love the humour of the past games in the Ardania universe you’ll fall in love with the silliness of Impire, just don’t come to it expecting Dungeon Keeper 3.