You may remember our review of the slightly confused XBLA title Hydrophobia, well Dark Energy Digital have rolled on a comprehensive update, twinned with a price drop to 800 Microsoft Points, let’s just say that both decisions were marvellous.

We thought we'd give you a little run through on all the brilliant changes they've made to sway you towards buying what is now a decent action packed title.

To start with the most important change that has taken place in Hydrophobia is the remapping of the controls system, originally they felt clunky and the use of some buttons such as jump on Y just didn’t feel right, especially when you consider just how much jumping you did in Hydrophobia, aiming has also thankfully been mapped to LT, as well as this the aim system is now so much more responsive, and it is no longer a chore to take out your gun and shoot them Malthusians. 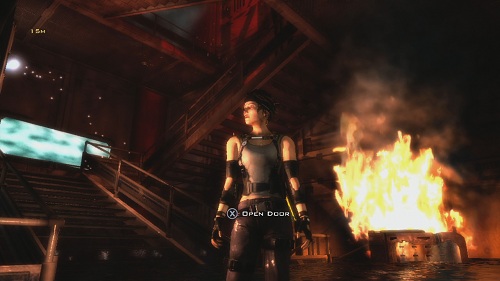 Another great addition is the fantastic new waypoint system; originally in Hydrophobia getting around the Queen of the World involved a lot of guess work, the new waypoints ensure you will never get confused again. However the one issue that arose with this is that it becomes very easy to simply rely on the use of the waypoint leading you to ignore Scoot's instruction and general story driven information.

The new added oxygen bar makes those perilous dives a lot less heartpoundingly frustrating, and alongside the improved damage feedback system it is a lot more obvious just how close Kate is to dying. However this is also aided by the addition of more checkpoints throughout the game which the game was lacking, now there is less of a need to redo a section again because you died just before the next checkpoint. 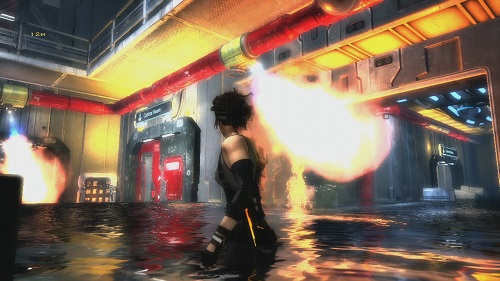 Whereas combat originally felt like a chore now Hydrophobia feels like a complete game, we mentioned previously in our review that everything about the enemies felt tacked on, however with the new aiming system, general combat tweaks and smoother transitions for Kate moving in and out of cover Hydrophobia feels like a complete game, rather than two separate ideas mashed together for the want of a game that includes combat.

However Kate is not all about the shooting, in fact a lot of Hydrophobia focuses on her acrobatic climbing skills around the treacherous areas of The Queen of the World, Kate has been improved to the likes of Lara Croft herself, and now with more fluid hand-over-hand climbing, better animations, and more coherent ledge grabbing and swinging the need to clamber around the ship gives a much better experience. 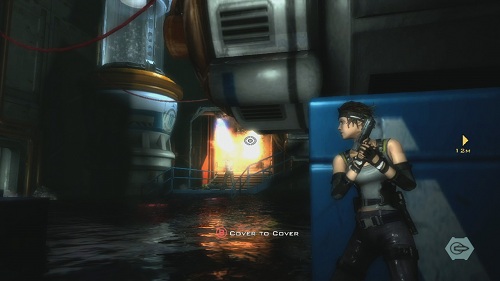 The new update is available now for those of you that already own Hydrophobia, so get back on it and see just how much it has improved; incidentally the trial has been lengthened so you can gauge just how much it has improved. If you do not own it yet you can now buy it for a lower 800 Microsoft Points from the Xbox Live Marketplace, then all you have to do is wait for the second episode to be released.