The guys at Dark Energy Digital were feeling a little bad about not allowing PS3 and PC owners a play of their enviromental thriller Hydrophobia, well they felt so bad, they've only gone and decided to release it!

Yes Hydrophobia is coming to Steam and PSN with a brand new sub-title; Prophecy. This comprehensive re-invention of the game includes upgraded graphics, brand new gameplay mechanics, new levels, a reworked back story as well as a dramatic new ending and recast voice acting to name but a few changes! These were all compiled yet again as a response from data gathered from the Hydrophobia Listening Post where players voted and commented on the features of Hydrophobia Pure.

"We could’ve just ported Hydrophobia Pure over to Steam and PSN after the positive response it received, but we decided to go much further. The community really blew us away with the incredible response to Hydrophobia Pure and the outstanding level of feedback on the listening post, so we wanted to return the favour and ensure we created a bigger and better experience in every possible respect with Hydrophobia Prophecy for Steam and PSN" — Pete Jones 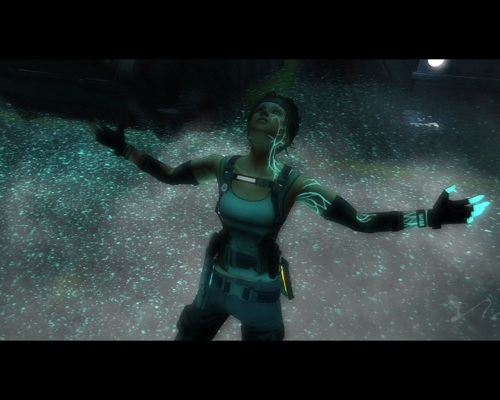 Keeping with the outstanding responses Dark Energy Digital have been receiving from the Hydrophobia Listening Post, they are continuing the service with a brand new in-game dev feedback system called Darknet which will launch with Hydrophobia Prophecy. Darknet will allow players to deliver specific opinions at any point during the game which will allow them to keep Prophecy regularly updated seamlessly through Steamworks.

“In the modern, interconnected world we think there should be better lines of communication between players and developer, which is exactly what Darknet delivers. Gamers have shown us how much they appreciated being involved in the development process and we have responded. We’re really excited to be bringing Hydrophobia Prophecy and Darknet to PC using Steamworks because the ability to update the game seamlessly and regularly through Steam is a perfect fit for our commitment to acting upon feedback from the community. It also means we can update the Darknet system itself to ensure we continually adapt to serve players who want to participate more effectively.”

Hydrophobia Prophecy launches on Steam 9th May and can be pre-purchased now for just £7.64 with a PSN version on the way soon, for more information check out the Hydrophobia website.