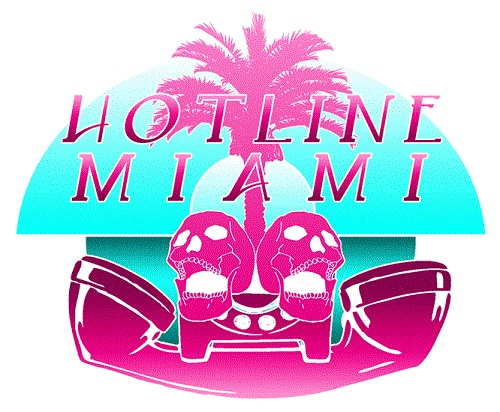 Hotline Miami is like a crazed drug induced haze that rubs you the wrong way, and slowly brings you back to the haunting reality that this is not a dream, set in the bright neon lights of 80s Miami you'll navigate from location to location, obeying the disembodied voice on the other end of your answering machine, do what it says and you'll get an amazing quick fix of brutality and violence against room upon room of suited men in a style reminiscent of the great Smash TV.

In this day and age it takes a lot of shock a gamer, we've seen it all from the grass roots of Carmageddon to the modern scope of head shots, decapitations and mass destruction we can pretty much take anything, and Hotline Miami isn't afraid to test our boundaries, the game is violent for the sake of violence, and simply bashing into some thug's head with a baseball bat doesn't necessarily mean he is down for the count, you'll have to clamber on top of your foes, and beat them to a bloody pulp to stop them coming back, so is it wrong that we're having so much fun doing it? 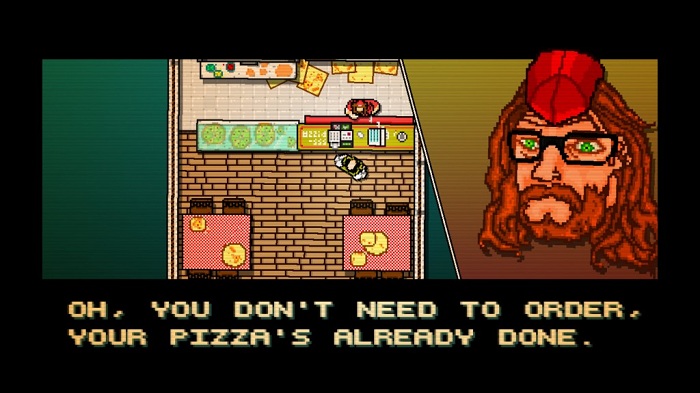 Baseball bats and fists are far from the only weapons on hand to you, whack some heavy and you'll be rewarded with a randomly selected item from an arsenal of 35 unique weapons including knives, crowbars, and most importantly; guns. A lot of gamers out there will find that nothing beats a good old crowbar to get up-close-and-personal with their antagonists, however they haven't used a shotgun before, it is without a doubt that Hotline Miami has possibly the most satisfying shotgun you'll ever use in a game, in this top-down twisted pixellated world guns fire the way we remember them in the retro classics of our time, the only difference is a lot more blood is spilt.

Hotline Miami is not just about pure unadulterated fun that would traumatize the socks off of your grandmother however, and it features a surreal David Lynch meets Suda 51 disjointed tale that will see you wearing 1 of 25 unique game-altering masks as you bludgeon individuals to death, and stop by convenience stores and takeaways in amidst the violence for a nice friendly chat with the clerks that speak of a strange man wearing rubber masks massacring the local ruskies from the neighbourhood. 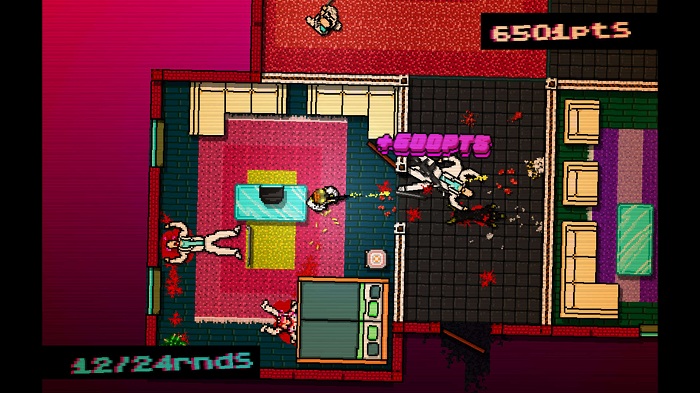 What is brilliant about Hotline Miami that made the original GTA games so great is that it is not afraid to be challenging, and we're not talking hitpoints, we're talking rock hard, unrelenting brutality, where one hit is the end, but you aren't detered, and smashed brain skull after buckshot explosion just keeps you coming back for more, it's an addiction that satisfies your most basic and dirty of gaming pleasures, and even after 20 attempts at a level we still weren't ready to give up.

It's not simply the killer pumping beats, nor the sadistic and satisfying violence that makes up the allure of Hotline Miami, but the perfect combination of the elements presented to us, it's not often a developer can create such a bright, colourful and downright brutal game, perhaps the gaming world has been missing out on the dark and violent dreams of Jonatan 'cactus' SÃ¶derstrÃ¶m and Dennis 'D.W' Wedin, we know we have.

Hotline Miami is coming to PC nowhere near soon enough, and who knows with all the buzz surrounding the game it may even make its way to a console near you.