We knew that Square Enix couldn't miss out on the chance of an extra special collector's edition for their upcoming highly anticipated Hitman: Absolution, and they've actually gone and announced one! 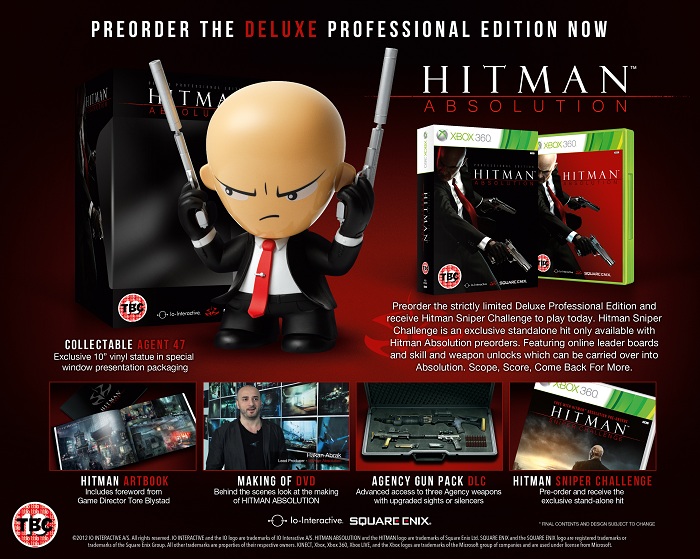 If you've abstained from Hitman: Absolution because you fear it too different to the Hitman that we all know and love, check out our recent preview from E3, and a developer interview that sets the record straight with Agent 47's latest outing.

Those that pre-order the pack will of course get a taste of Absolution with the Sniper Challenge DLC that can be played straight away, and the game itself is scheduled for a release November 20th on Xbox 360, Playstation 3 and PC, we can't wait.