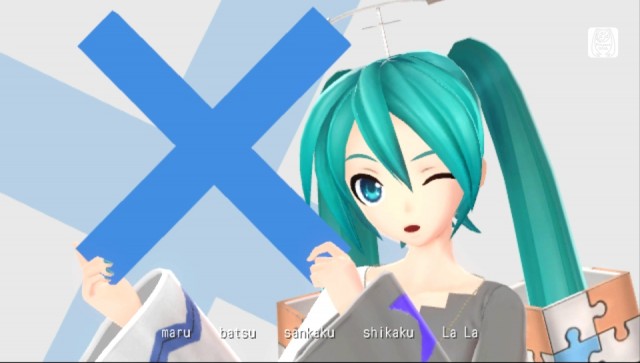 Fan of Hatsune Miku? Or perhaps never heard of her? Are you maybe a fan of rhythm action games? Because Sega have just released the vastly popular Hatsune Miku: Project DIVA f on PlayStation Vita in Europe.

Sega have released a digital version of Hatsune Miku: Project DIVA f for Playstation Vita in Europe which can be downloaded via the Playstation Network. It features a separate set of trophies from the Playstation 3 version for any trophy fans out there.

Plus they've also released three separate DLC packs to further enhance the game with the Snow Miku 2013 pack, Extra Character Modules pack and an Extra Songs pack, the first two costing £1.99 and the songs pack at a slightly pricer £6.49. However of course the song pack will add the most new content to the game. Also if you've already purchased the Snow Miku 2013 or Character Modules pack on the PS3, they're Cross-Buy DLC meaning they'll automatically be unlocked for you if you buy it on one platform.

Hatsune Miku: Project DIVA f is now available to download on Playstation Vita for £23.99, or if you don't have access to a PlayStation Vita you can pick it up on PlayStation 3 for £36.99, plus If you're new to the series you can download a demo off both consoles to give it a try.