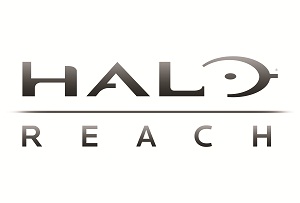 Everyone knows the Halo brand by now, or at least everyone should, the series thats sold millions of copies worldwide you can't not know about Halo, especially its new addition to the franchise; Halo: Reach. Taking place on the planet Reach and set in the Halo timeline just before the first Halo, the Noble team have been called in to check out some strange activity, only to find the covenant have landed and are attacking at full force.

The whole Gamercast team are big fans of the Halo series, and we were lucky enough to have the opportunity to attend a Halo: Reach preview event that gave us the chance to have a hands-on with the new Firefight modes, a look at Forge 2.0 and the start of the campaign, at the underground Churchill War Rooms in London, which turned out to be a great setting for some multiplayer fun.

Bungie claim Halo: Reach to be the most ambitious game developed at their studio so far, through boasting the most content in a Halo game to date, as well as being improved in a technical sense with their updated engine, customisation and improved enemy AI.

One of Halo: Reach's exclusive features is the all new credit system; credits are given for everything that a player does in Reach, and are not limited to multiplayer. These credits act as a currency allowing you to unlock a variety of upgrades for your Spartan which can be bought from the 'armory', all of these upgrades are purely for aesthetical value, rather they act as a trophy reward of sorts. However these incentives of war can be seen on your Spartan in not only the multiplayer and Firefight but in the campaign also.

Firefight was the first item shown detailing all the changes that have been made since the introduction of Firefight mode in Halo: ODST, to start off it now has full Xbox Live matchmaking support, which means if your friends are too busy in match of their own you can now be plonked into a match, so you wont have to wait around to join in on the fun.

The other new additions to Firefight are mainly in the form of customisation, an example of this includes, the number of waves of enemies, number of rounds, what enemy types are in waves, when skulls are active, what weapon drops appear, player traits, respawn times, starting lives, and even custom skulls. There is way more customisation than listed, and it really turns Firefight into a community experience giving you the chance to share your custom games with your friends and others to play, which will of course make great games for tournaments between friends, I honestly can't wait for some Firefight tournaments to start happening.