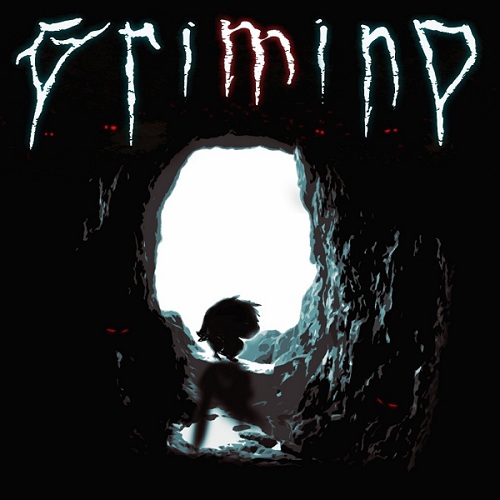 In the deep and dark cavernous underground lives Grimind, a new indie game released just before Christmas from developer Pawel Mogila. Now, it is somewhat of an understatement to say that Grimind is a very dark, but in it lies a beautiful contrast of light and colour that is integral to the game, and I think its safe to say that light has not been utilised so well since Alan Wake.

Primarily, Grimind is a physics based platformer, and the game play arises from dynamic objects strewn throughout the world that can be dragged, carried, or thrown about to solve puzzles and combat enemies. Object manipulation is achieved effortlessly with the use of the mouse, and for such a frantic game, the controls work very well, however don't be surprised to find the odd perfect jump required of you, which can be very fiddly at times. 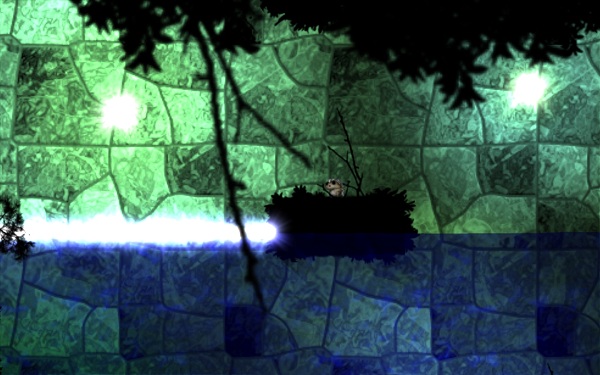 There are few horror titles that pull off true fear without the use of enemies, however Grimind sticks to the basics, and the world that your character finds himself in is full of nasty little creatures that don't want to be your friend, which is where the real challenge arises. After all, tricky physics puzzles aren't enough to keep you on your toes in an unfriendly environment, these nasty little creatures result in a Super Meat Boy-style pool of frustration that builds, and builds until you scream at your PC. It's not all bad though, because there are a number of 'save' points throughout each chapter.

Whilst it can prove as frustrating as Super Meat Boy, Grimind does tick all the boxes for an engaging horror title, the audio design works really well, and whilst at times it does try a little too hard to be scary, for the better part it helps to form the tense atmospheric feel of the game, that is only superseded by the incredible use of the dark, sure this comes with its issues, but there’s nothing so terrifying as the feeling of loosing control over your environment. 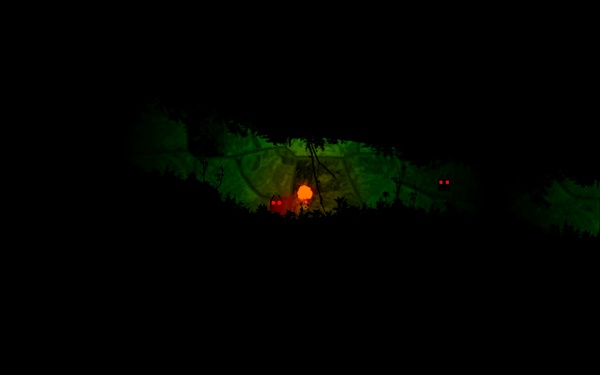 However because of the dark nature of the game the puzzles can be very tasking, and it is possible to spend many hours attempting to tackle a physical puzzle in a certain way until you realise that you've been doing it all wrong, and at times it feels as though the game is laughing at you for your ridiculously simple mistakes that are usually down to the indiscernible environment and lack of visibility, or the very sly choice of the developer to go against the conventional solutions to puzzles, that will unceremoniously lead to your death. So just because you have a yellow rock doesn't mean you should put it in the yellow hole!

In Grimind you play as a curious being that wakes up in a dark and confusing environment with no memory of how they got there or indeed who they are, the inexplicable ambience is pulled off brilliantly, however rather than allow you to question your own being, the game is accompanied by silent narration in the form of text on screen. 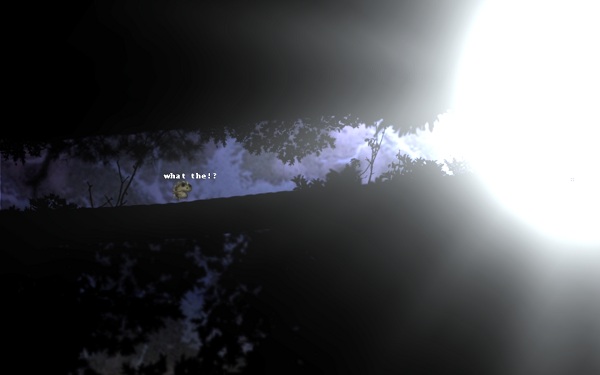 Now the narration of the game is my personal marmite, whilst you play through the game, and further yourself through the environments your character will talk to himself; how he feels, what he currently is thinking, and generally what he makes of the mysterious situation he has woken up in. Whilst the narration does not fully fill you in on everything that is going on, its presence can be somewhat irritating and does spoil the mood that the game meticulously builds up.

Grimind is all about the challenge, and you will not simply fly through it, because thanks to the large number of puzzles you cannot simply run and jumping around. Instead Grimind asks you to tackle what originally seem as impossible feats by observing your situations, and figuring out that the obvious solution is not the one you are looking for. Just be thankful that there are save points dispersed throughout.

Grimind is available now for a mere £6.24 for Windows PC, and is currently running for Steam Greenlight, oh and we forgot to mention, its made by one guy!