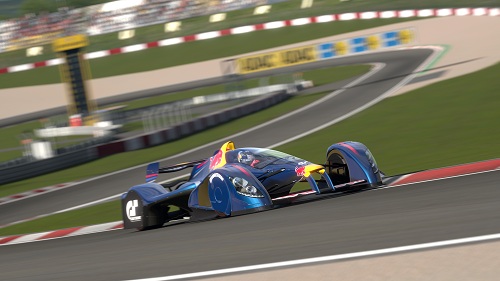 November 24th saw the slightly belated launch of Polyphony Digital's GT5. Normally the launch of a game is nothing to be surprised about, they happen all the time, however none of them will be quite like GT5. It's time for a story....

The year is 2005 and the next Gran Turismo is announced Ideally as PS3 launch title, it would be an improvement on GT4 with a few added extras. This next Gran Turismo was to be seen as an epilogue to GT4 rather than a fully fledged title. The Playstation 3 launches a year later, but a new GT is missing from the lineup. All word seems to quieten on the prospect of a new game until 3 years later and it is announced that GT5 has been in the works for a number of years already and that they want it to be so fantastically amazing, which is why they had made GT fans wait 4 years since the release of GT4.

When GT5 was announced in 2009, fans were informed that it would not be out after long, only a few deals in motion, and some extra content were holding the game back. For over a year dates were passed around, but it didn’t matter to fans, because the game was going to be perfect and totally worth the wait! Come November 17th 2010, GT5 was quietly confirmed that it’s official release would be November the 24th. This began a torrent of rumours; mostly speculating whether the game would ever really be released. Nonetheless, November 24th rolled around and for the first time in 5 years a brand new (non-prologue) GT was on the shelves.

GT5 is undoubtedly an amazing achievement; no other racing game has as big a roster of cars. Boasting over 1,000 cars including Adrian Newey’s X1 Prototype (Designer of the F1 World Championship Winning Red Bull Racing car). On top of this, Polyphony Digital also made deals with Ferrari, BBC's Top Gear, NASCAR and the World Rally Championship. However, when you drive around the tracks in the thousands of cars, you can definitely tell where Polyphony Digital decided to cut corners.

The disappointments begin in the tracks; they feel empty and flat with 2D trees, and they suffer greatly from pop-up scenery. Featuring over 20 locations with 70 track layouts, there is very little that has not been provided in other racing games over the last 5 years. Of course the Top Gear track is present, but with over 1000 cars there aren’t really enough locations to base several layers of a career around. It would have been nice to something official and different, especially as there doesn’t appear to be any new Polyphony Digital designed tracks. 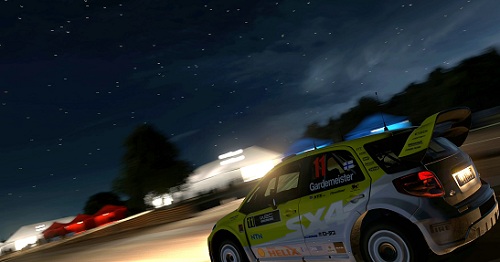 The incredible damage, which was highlighted as a new feature in GT5 is not available on all cars, but even when it is the damage itself isn't very obvious to the player. Many players won't get to see the damage anyway, as it seems far too easy to lead a race from the first corner, and finish unscathed. Even though GT5 is a simulation title the amount of hype that they gave the damage from what can be seen in the game is that the damage lacks the detail, care and attention that would be expected from a Gran Turismo title.

When you start the game you are given 20,000CR to do with whatever you please, of course there are not many brand new cars available to you, so I headed to the Used Car dealership where there was a roster of 30 cars, 7 of which I could afford, however on top of whether you can afford a car, your driver level has to be sufficiently high enough to be able to purchase them. This can be very annoying when you see the car you want, have all the cash but not the level to match, most games would grey-out the cars not available for any reason which makes this slightly disheartening.

If you're looking to make money fast, the special events are very easy to take advantafe of by buying the cheapest banger in the Used car list, then after doing some licenses and your level is up to level 1, you can get a free go-kart, sell the old piece of crap that you bought and you will be able to buy something a bit more impressive than the Citroen 2CV -top speed 57mph when going downhill-.

At most the racing feels far too easy, and clinical, you'll find that most races are the case of slide your car up the inside of a corner or right around the outside of most of the cars. You get the feeling that the cars aren't attached to the road and that they are simply sliding over the surface of the road; there is no fighting with the steering wheel as you try and race into the corner, and there is no vibration of the wheel or camera as you hammer along at 200mph, and this was in an arcade race with a Zonda.

It is hard to review GT5 in a good light with the promises that were made from announcement to release date. For those of you who love cars it is a potential goldmine with the 1,030 strong roster of some of the finest cars in the world. But it has little else going for it, with not all 1,030 featuring damage, and only the premium cars -of which there are only 200- contain cockpit cameras!. Then its 20 strong locations are already set to be matched by next year’s F1 game, and the 70 track layouts, are already eclipsed by Forza 3's 102.

Whilst GT5 does have a track creator which makes it stand alone with racing simulations, it seems to be stuck in the 90's, the tracks are created by setting options in a series of drop down menus, so the tracks random, but unfortunately the user has no real creative input to the tracks. 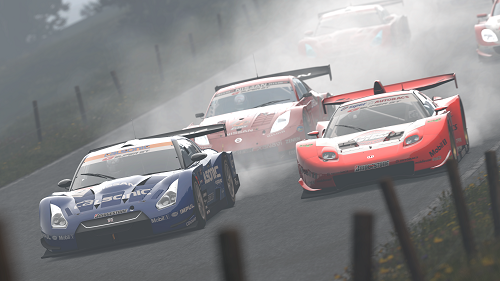 In reality, Gran Turismo 5 is no better than other rival titles such as Forza, if you were only to consider the premium cars, -which are the only ones worth driving- it has half the car list of some older racing titles, not to mention less tracks as well.

Personally I would save some money, and buy Forza, or pretty much any other racing game that has been released in the last year. However if you want something newer then I'd wait and consider Test Drive Unlimited 2, Race Driver Grid 2 or Forza 4. Hopefully in their next outing they will drop the non-premium cars, and put some more care and attention into the tracks, as well as the other features that they introduce. It really pains me to score the game so low and it's purely for the car roster that I score it this high.

Gran Turismo 5 is available now exclusively for Playstation 3 for an SRP of £49.99.