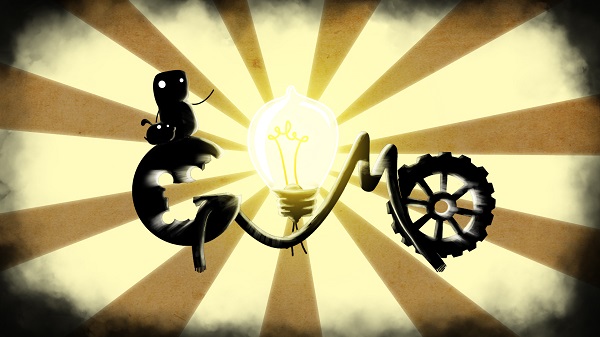 The German Publishers/Developer Daedalic Entertainment are shortly becoming the name you can trust when you partake in a good old adventure game, they're one of the reasons that adventure gaming is big again, and are keeping Europeans satisfied with their fantastic tales, beautiful visuals and memorable characters. With the popularity of the genre skyrocketing, a surge of adventure games has emerged from across the world, and an offering from Slovakia has just been published by Daedalic Entertainment.

Say hello to Gomo, he's a very simple little guy, in fact he's the kind of protagonist that you'll often find staring off blankly into space, wandering aimlessly and looking generally a bit sorry for himself, so it's not surprising when his pet dog gets stolen by aliens. As vacant and simple as he may seem, he's not just going to let that slide, so you must travel with Gomo through a series of mysterious underground areas to source a mystical gem that the aliens will be more than happy to trade for in return of Gomo's dog. 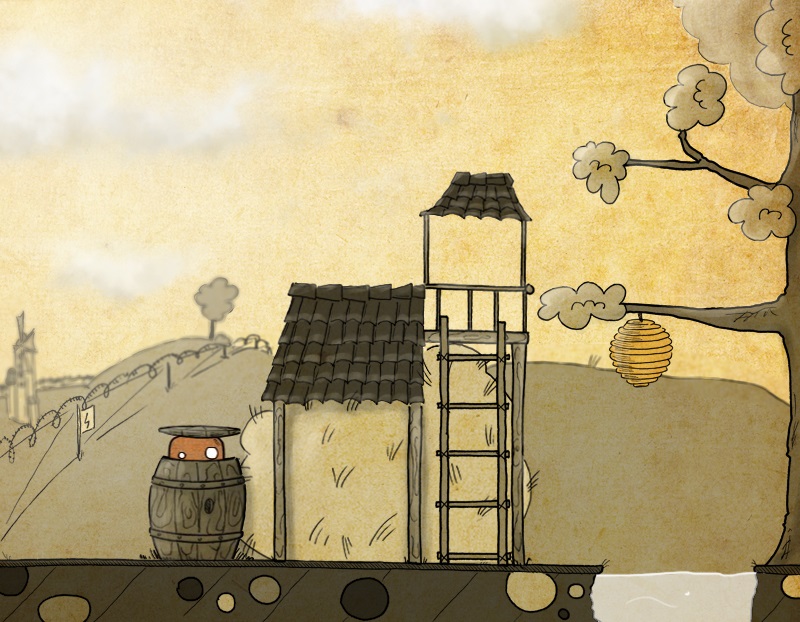 Along the way you'll delve into Gomo's strange world, as a traditional point and click adventure, comparisons could be made to Amanita Design's previous games Samorost or Machinarium, in both the lack of expositional text, as well as the strikingly curious protagonist, much like the characters of the aforementioned games its difficult to not fall in love with the little chap, despite how creepy he may appear at times. But as cute as Gomo may be, unfortunately some aspects of the game will not appeal to all.

Like most adventure games, in Gomo you have an inventory, although to keep things as simple as possible, Gomo can only hold three items at once, and when I say inventory I mean how much he can hold inside his head, because unlike most adventure game protagonists Gomo doesn't have pockets, or a bag, or anything really except for what I can only presume is a handful of fluffy insides kept in check thanks to his burlap style exterior. Despite a limit of three, the game itself never really asks you to carry around an item to use an hour later, instead most puzzles are fairly self-contained, and exist on a single room as opposed to arching throughout the game, obviously some may find this approach particularly linear, but its quite fun to get the chance to fully enjoy an adventure game without the frustration of attempting every combination puzzle, interacting with every object and generally getting stuck.

However, there's easy puzzles, and there's plain interactive storytelling, one of the true downsides of Gomo is its pure simplicity, apart from perhaps for three or so true puzzles the game barely requires you to think, and most scenes simply need you to select a point of interest to proceed, there's very little for you to actually digest other than click here, do that, which will definitely not appeal so the more hardcore adventure gamer. Although truth be told, there are very few games that will require you to visit a toilet to solve a puzzle, and even Gomo manages to make that cute.

As well as very simple, it must be said that Gomo is short but sweet, and after playing it for just under 3 hours I could competently say that I had sailed through the journey of the endearing sack of stuffing, reached his end-goal, and had a thoroughly enchanted time whilst doing so. Whilst for many the value of a game will boil down to the length spent on it, but unfortunately most adventure games are never as long as you want them to be, on the bright side, for all of the adorably curious noises that Gomo utters, the wonderfully simple puzzles, and lack of exposition allows you to fully enjoy Gomo in one sitting without getting distracted or losing interest for a particular over abundance of speaking that you just don't feel like listening to for the fifth time. Gomo is an adventure game for those that want a quick story without too much hassle, one of the many reasons that Telltale's episodic format is so popular. But on the other hand, it will leave a lot of gamers feeling a little underwhelmed after finishing Gomo's journey. 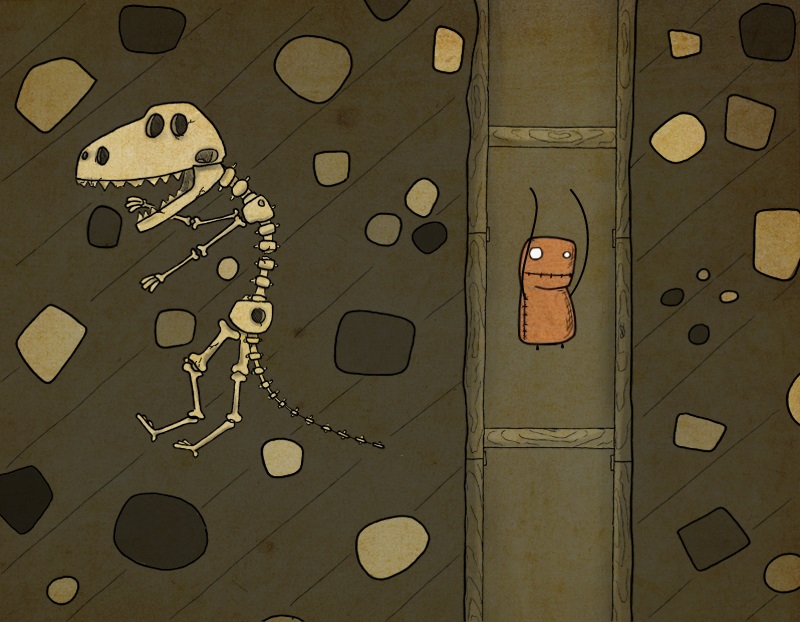 Despite all its shortcomings, if you aren't pleased with the lack of involving puzzles or the length of the game, Gomo's visual style undoubtedly makes the game stand out from the rest of the crowd, and its creepy, hand drawn world complete with grumpy animals watching television, computers run by hamsters and underground aquariums create more than enough memorable scenarios to separate the game from a sea of generic point and click adventures, and you can't help but smile at the child-like repetitive soundtrack featured throughout.

Gomo is a delightful tale straight from the minds of the strange and enchanting worlds of European storytelling that will plant a warm saccharine seed in your mind that unfortunately doesn't have long enough to flourish. With puzzles that are far too straightforward the only lasting allure of the game is Gomo's curious persona, if you've got a couple hours to spare it's a great distraction, especially if you don't want to be faffing around with complex puzzles and unnecessary speech.

Gomo is available now for Windows PC for £5.99, it's unashamedly cute, and will appeal to those looking for a quick puzzle fix where you want to feel pleased with progressing through the story with ease, rather than shake your screen in frustration.