Ghost Trick a recent adventure game on the Nintendo DS comes from the same creator of the Ace Attorney series; Shu Takumi. These had fast become one of my favourite series' on the Nintendo DS, which is why Ghost Trick caught my eye; then becoming one of my most followed DS games while it was in development. I was hoping for the same zany humour and fantastic writing that the Ace Attorney games are known for while also having a break away from the investigations and courtrooms. So after looking forward to this game for all this time was Ghost Trick worth the wait?

Ghost Trick opens with the main character, Sissel lying dead in a junkyard, not of course your usual start to a game. Having "woken" up to find his dead body before him and no memory of how he died or who he is, he sets out to find the truth about himself. Soon he is given the information that he only has one night in which to find his answers. When sunlight hits he disappears for good, whether he finds out what events occurred in the lead up to his death or not. In his search he's joined by girl named Lynne who is his only lead at the start of the game. To say any more on the story would be spoilerific and a disservice to the games excellent narrative so you don't have to worry about me spoiling your experience when you go and buy the game after reading this review. All I will say is that the game keeps you on edge throughout its duration, there's not one slow moment. When one mystery is solved another appears and rather than feeling rushed it feels wonderfully smooth. It doesn't use any new or revolutionary types of storytelling but the underlying plot is so good that it doesn't matter. 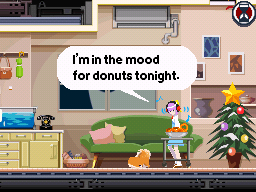 The plot twists come thick and fast and you are always left guessing, it even had me thinking about it after I had turned the DS off. Most notable for myself is that there is no filler to the game at all, everything is relevant within the story. I wasn't expecting this as the Ace Attorney titles always have filler cases to lengthen the game. It was a wise choice to stay away from padding out the game. Even without any filler it took me around 10 hours to complete and it never felt boring, I honestly wish it was longer because I was enjoying it so much. As much as the plot shines though, the real stand outs are the characters themselves.

While the plot is quite mild on the crazy scale the characters themselves increase it tenfold. Sissel appears to be the only "normal" character in as he watches the broad scope of things as they play out and at times is more level headed than the others. This makes him likeable and easy to relate to. He also goes out of his way to help various people, showing a good sided nature. Lynne "the targeted redhead" on the other hand is gun ho and usually getting herself killed every five minutes making Sissel save her time and time again. Her motives appear to be selfish at the beginning with her refusing to help Sissel but soon it becomes apparent that her goals link in with Sissels. To start with she can be annoying but thanks to her background story and development she becomes one of the best characters in the game. 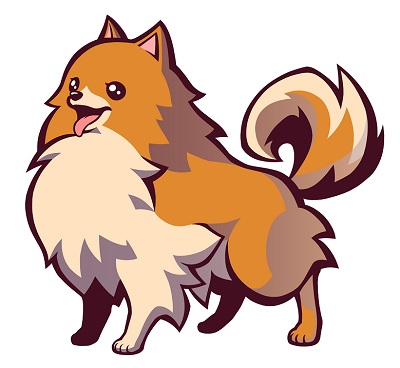 THE best character by far in this game (and maybe character of the year) goes to the amazing and loveable Missile a hyperactive dog. It's hard not to like Missile, in fact I highly doubt anyone can hate him. From his cute character portrait down to his fantastic dialogue "All I’m really good at is barking, there's not much else better in life really!" and his need to shout WELCOME! To everyone he sees. His motivation is to protect his owner Kamila, who is in Lynne’s care. If courage was an animal, Missile would be that animal.

There are many other characters in Ghost Trick that I can't really talk about because of spoilers. The supporting cast is rounded out nicely by a dancing detective, a lampshade with a motive and many others. Mostly all the characters in the game are developed quite well with a few falling a bit behind and staying 2 dimensional. All have a purpose within the games plot though and it’s surprising to see how some of them link back to one another. The characters are easily one of Ghost Tricks strongest points but let’s talk about other aspects of the game now.

The gameplay in Ghost Trick revolves around one thing, saving a certain person’s life within a 4 minute time frame using your possession skills. As such its built much like a puzzle game with multiple objects within the gameplay field, some with the ability to "trick" while others not. The "trick" depends on the item, so if Sissel possesses an umbrella the trick would be to open it or close it. Usually there is a variety of objects that you can trick but not all are used, red herrings of a type. The game appears to also give you the freedom to save people in your own way which unfortunately turns out to not be the case. There is only one solution to any problem that you face in the game at any one time. 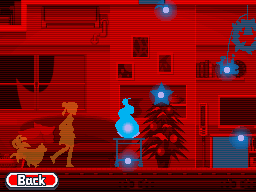 This gives it a much more linear scope, although there are instances where you can travel between areas but you cannot affect these areas in anyway until the game directs you there. This does mean the games’ replayability takes a bit of a dive, as it isn't really a game you can jump straight back into after you finish but it is something that you will want to experience again in a few months much like the Ace Attorney games. Overall it feels like the right decision to keep the game focused so it doesn't lose any steam throughout its entire run.

Graphically it’s quite impressive for a DS game, with character animations looking like they were motion captured for the game. The dancing detective is a good show of the technology being used, as whatever he does is flamboyant in every way whether it be walking down stairs or opening a door and dancing through. A lot of love went into the animations and it really shows. The backgrounds also work well with the characters as nothing clashes.

Music wise, Ghost Trick has a few great tracks, one being the title theme that plays through the game whenever you accomplish something much like the objection theme from the Ace Attorney games. Another would be the main motif that plays during the start, interludes and end of the game, all a variation on a track called "The Beginning of the Night" which mixes mystery with a bit of sinister tones underneath. Most of the soundtrack is great and fits well within the game although there are a few tracks that go past without making much of an impression, but there's nothing that ever plays that I found irritating.

Overall Ghost Trick will probably be one of the last great games for the DS and I think Capcom have set a great standard for any point and click’s with a twist. The story's fantastic and packed with some great characters that you will love and remember. The gameplay is rewarding even if a tad linear. It's a great package which Nintendo should be promoting more than they have done. While it offers little in replay value in a few months you will be reaching for it off your shelf to experience it all again.

Ghost Trick is available only for the Nintendo DS with a suggested retail price of £29.99, however you may be able to find it for around half the retail price, if you can find it that cheap you better pick it up.