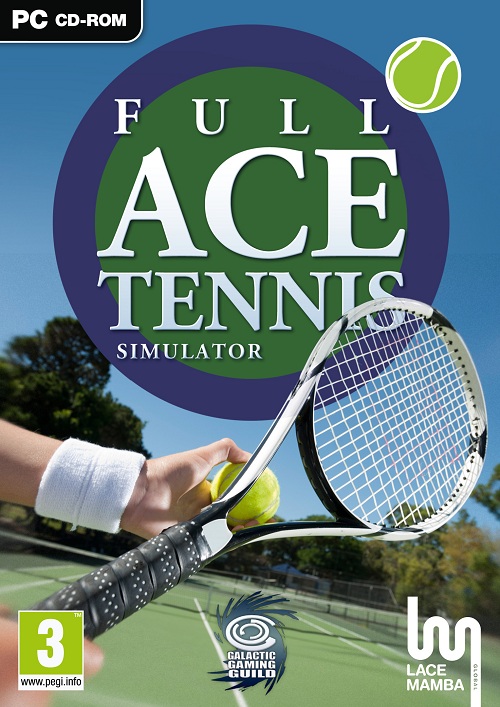 The only real tennis games that PC gamers have had access to in the last few years is the extremely popular Virtua Tennis arcade series, however what the massive platform has been sorely missing is a simulator contender which is where Galactic Gaming Guild have stepped up to the plate, and they’ve made quite the candidate.

Tennis is one of those sports a lot like football, deadly boring to watch but excellent to play.. or maybe that's just me. If you want a game full of licensed players and courtyards by all means go and pick up the latest Virtua Tennis game if Sega bother to port it over to PC, however if you are just looking for an enjoyable tennis game swaying more towards the simulator genre, you may just want to check out Full Ace Tennis Simulator 2012, brought to retail thanks to Lace Mamba Global. 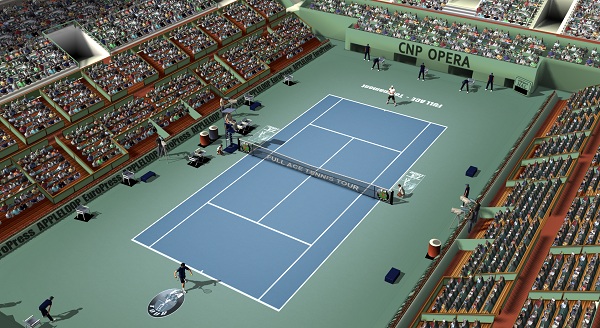 Full Ace Tennis is actually a pretty enjoyable tennis game, that not only plays really well, but you'll get a proper game of tennis out of it! Don’t let the subgenre of the simulator ward you off, in this case it just means that there aren’t any crazy particle effects, bonuses and super smash attacks. Whilst it isn't really the same controlled with a keyboard and mouse, you most definitely need to use an analogue game pad for a really well made and engaging tennis game.

This is where you wonder exactly how a tennis simulator is a simulator right? Well one option that Full Ace Tennis Sim does boast is not only does it allow for manual preparation -which after playing arcade tennis games for your whole life is a pretty foreign concept- but it also permits you to take part in full length tennis games with physics simulation on ball trajectory, friction, collision and generally more in depth tennis gameplay that includes no positioning aids!

Every sports simulation these days needs a career mode, and Full Ace Tennis Simulator supplies above and beyond with a calendar full of weekly tournaments from season to season perfect if you want to invest some time in your quirky character, just don’t expect to see Wimbledon on the cards, unfortunately Full Ace Tennis doesn’t have any licenses, so you’re limited to a few created arenas. But in case you don’t want to invest a large portion of your life dedicated to your virtual tennis player, Full Ace Tennis includes the ability to play solo tournaments, single exhibitions, and go head to head against your peers in online. 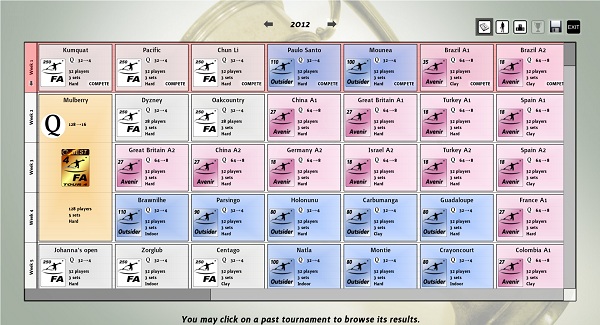 Just in case the choice of over 1000 existing characters is not enough, Galactic Gaming Guild have very nicely included a character editor in the game, allowing you to create your very own Federer, Murray or insert_your_name_here for Exhibition, Tournament, or indeed career glory, who needs licenses anyway!

As a game that will practically run on any setup, and we really mean any setup! The graphics are cope-able, whilst you won't be able to watch the sweat drip off the brow of your players, you definitely won’t find that they detract from the tennis experience; sure the ball boys don't move to pick up lost rallies which is somewhat disappointing for a simulator, you may care more about the physics engine of the game and how it affects a player’s backhand technique and smash.

Whilst generally any tennis game can be picked up and played without little thought, in case you aren't aware of the rules of the game, or maybe you want to test the sensitivity of your aim and wish to play with manual preparation then the tutorials are where you'll want to be at. The Tutorials in Full Ace tennis focus on pretty much everything you'll want to try out, giving you plenty of time to practice your backhand, topspin and preparation, if you don't come out of the tutorials as a tennis ace, then you're doing something wrong. 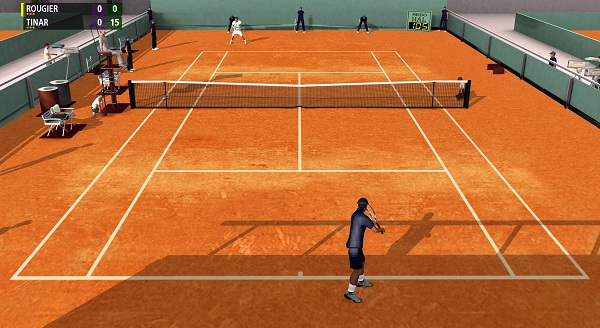 If you’re looking for a no nonsense Tennis game for a good price that will run on practically any PC, supports analogue controllers and comes complete with a career mode that includes full length matches, there really isn’t any other contender out there, move over Virtua Tennis, Full Ace Tennis has taken over.

Full Ace Tennis Simulator 2012 is available now in all good retail stores, and via the Galactic Gaming Guild website, if you want to play some tennis, it’s raining outside and you don’t have a console, Full Ace Tennis poses as a comprehensive Tennis game with some nice simulator qualities for a decent price.