After the Rabbids invaded the world not so long ago with the 'Rabbids Invade the World' series that came out in close proximity of the release of Rabbids Go Home on the Nintendo Wii. I did go quite crazy over these figures and bought a large amount of them, and still didn't quite manage to collect them all. 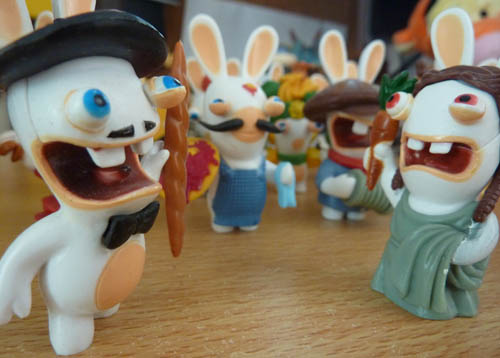 This time round as the World Cup 2010 is soon to begin this Friday on the 11th of June, Ubisoft are releasing a special set of Rabbid figures who are 'Invading Football'. There are only 9 figures in the set for this series, making it a lot easier to get them all, so I'm looking forward to collecting them all, even though I'm not a huge fan of football. 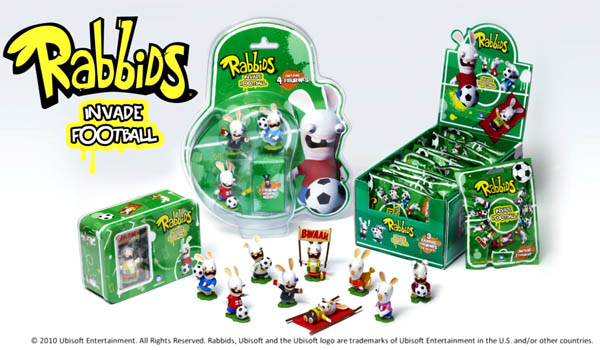 As you may notice from the image there are a variety of packaging types for the Rabbids this time round, which includes individually packaged ones, all the way up to four in a packet, of course the prices will be different for each one.

We imagine the single packaged Rabbids will cost the same price as the previous series did, which was about £1.99 in the UK. You should be able to find them in a selection of stores from the 7th of June, we recommend looking in GAME or WHSmiths to purchase some, I know I will be!