Square Enix have officially announced that Final Fantasy V is coming to both PS3 and PSP via the Playstation Network at some point in the future.

Final Fantasy V is a favourite among many and follows the interweaving stories of Bartz, Lenna, Galuf, Faris and Krile. Sadly you can only play as four of the characters at a time, and you meet them at different points along the way, but it's a great story to watch unfold as their individual stories meld together. 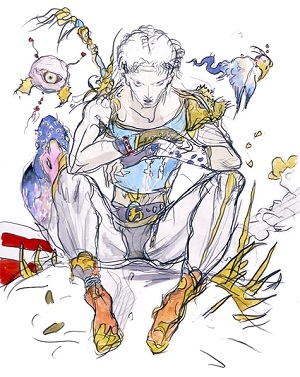 Perhaps the main draw for fans of the franchise will be Square Enix's promise of "all-new CG cinematic sequences", while also giving Final Fantasy fans a chance to play a game they otherwise might have never played before, if you didn't have the chance to pick it up on the PS1, GBA or Virtual Console.

This announcement follows on from the recent re-release of Final Fantasy I and II on PSN earlier this year, so soon enough you'll be able to find most of the original Final Fantasy games on the current generation of consoles and handhelds.

No release date has been announced as of yet, but we're sure Square Enix will announce one soon.