Final Exam the frenzied, action-packed 2.5D sidescroller now has a demo available on Windows PC, Xbox Live and PSN. But this is not merely a run-of-the-mill demo, Final Exam’s demo allows you access to the tutorial and first chapter of the game in both solo and up-to four players in Co-op mode and its own official multiplayer leaderboards if you think you can get the best combo score!

With a single player story as well as local and online cooperative multiplayer you can play as one of four of the unlikely and stereotypical students that have their own unique skills and abilities that will develop throughout their adventure with the skill tree system that is awarded on how well you perform in levels. 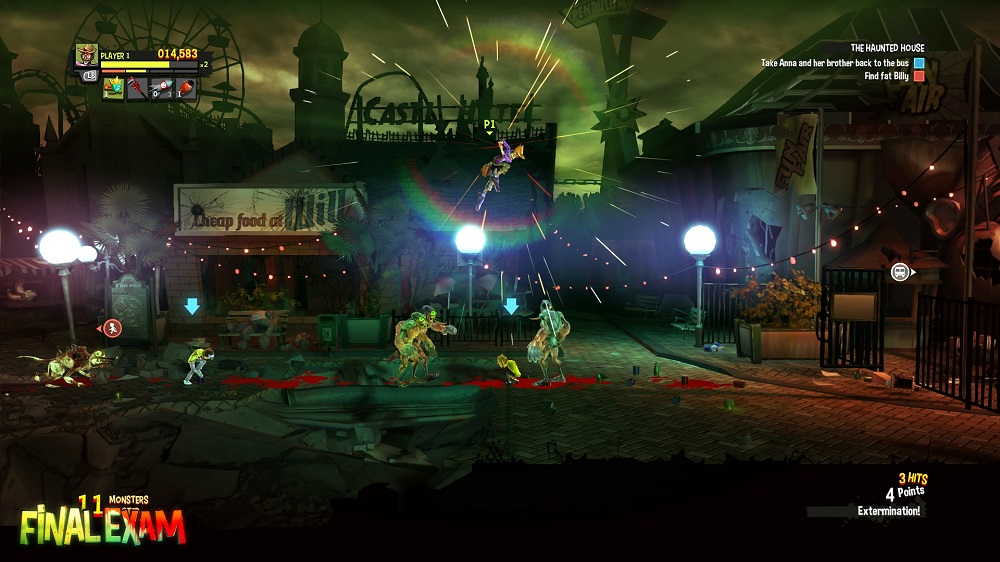 Final Exam’s combat is set to focus on combos, counters and score multipliers for that record high score as you survive against mountains of monsters that want to eat your innocent adolescent flesh! Despite the very different style of gameplay, whilst it no longer has the Obscure name, Final Exam does still include many familiar elements of the survival horror genre with sparse ammunition, limited health kits and the dark, oppressive feeling of constant danger, especially when you see the bosses! It also features a few sneaky cameos.