Simulators always have room for improvement, and if one developer are true believers in the fact, it’s GIANTS Software the creators of Farming Simulator; one of the biggest selling PC simulators in the world. GIANTS know their audience well and are well aware of what they want in order to improve their farming experience, and so they give you; Farming Simulator Platinum Edition.

The biggest change brought forth in the Platinum Edition compared to the retail of Farming Simulator 2011 is that everything has gone a bit green, and there are a ton of new features and vehicles introducing new ways to gain revenue, and more reasons to spend your waking hours farming.

The additions to the Platinum Edition are a far cry from the norm of Farming Simulator; they aren’t all new pieces of machinery, and in fact, with some, you needn’t toil hard at work to gain any money from them; you just leave them to do their business. 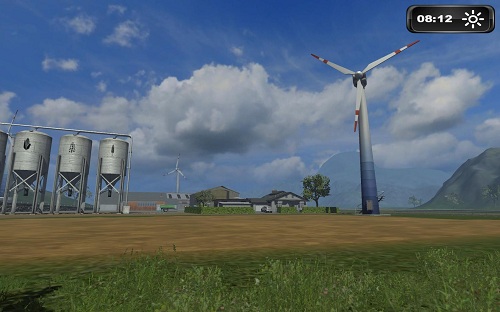 If you are looking for easy money, then the best new farming implement are the Beehives; these can be freely placed anywhere on the map when bought and simply reap in the cash; you can even watch the little bees come in and out of their houses. Now who’d of thought that Bee keeping would be such a low maintenance, high reward past-time?

If you prefer to take a more hands-on approach to your farming experience then the Greenhouses are for you, they come in three flavours; tomatoes, lettuce and herbs, and much like the Beehives they can be placed anywhere you want, as long as it doesn't intersect another entity. The great factor with Greenhouses is that you are required to keep them in check with manure and water allowing you to use the new Lizard mobile water tank and the front end loaders to pack the manure into them. If you want your new tools and gadgets to have a purpose, then you’ll have the most fun with the Greenhouses; just make sure to put them near a source of manure, or you’ll find yourself travelling back and forth a lot.

The more obvious attachments of 'green' farming are the Wind Farms and Solar Panels, however unfortunately these are practically present for decorative purposes, which for the high price tag makes them pretty useless. Whilst they do procure some revenue, it is so miniscule over the time frame that it takes, that it almost doesn't feel worth it. So if you want to make your farm look as environmentally friendly as possible, well, it's possible, just don't expect it to make very much of a difference on your farm. 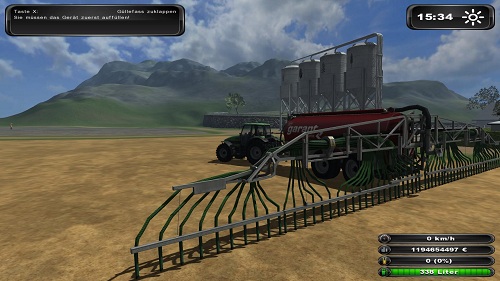 If you aren’t particularly environmentally friendly or just don’t really care, the Platinum Edition does have more to offer the discerning farmer including branded machinery from Lizard, Amazone, Gilibert, Bergmann, Pottinger, Krone, Horsch, Lemken, and Kotte Landtechnik across 19 new pieces of equipment.

Most convenient of all are the new mobile tanks that allow you to carry water, slurry, fertiliser and fuel with you, great for when you're running out of fertiliser at the other side of the island and are in need of just that little bit extra; and they are fantastic for some co-operative farming online. There’s also a selection of new dual-purpose forage wagon’s, spreaders, loaders and a direct cutting system just to name a few, if you are an enthusiast when it comes to farm machinery, you cannot possibly be disappointed with the host of new vehicles and implements at your disposal.

If you are not versed in the mannerisms of Farming Simulator, whilst you will not find a tutorial, there are various missions that you can carry out; unless you are an expert on farming cycles or farm machinery you will need to play through at least a few of the missions to get to grips with the game and it's multitude of features, sadly, unlike Farming Simulator Gold, there are no new missions added on to introduce you with the new functions. 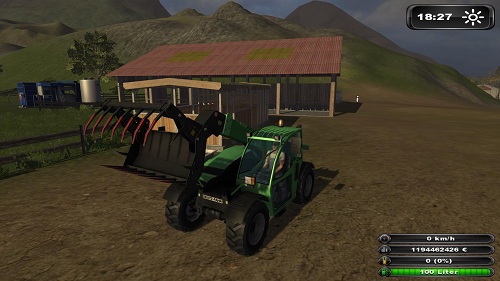 Farming Simulator 2011 is leaps and bounds above previous iterations in the series, and it introduced online multiplayer to the vehicular simulator, allowing you to take your time farming the land with up to 10 friends, or strangers. Unlike a lot of games these days you won’t find a lack of players on Farming Simulator, as it stands it is one of the biggest selling PC simulators, and there are always a lot of fellow farmers about on the public servers.

Farming Simulator also has a huge modding community, so if you want even more new vehicles to spice up your farm, or perhaps even a new map layout, there are tons at your disposal on the Farming Simulator website. Or maybe you want to try your hand at modding; what better place to start than the relaxed, slow paced world of Farming Simulator. Better yet, all of the extras included in the Platinum Edition will work in conjunction with any mods, so you can place beehives on the map that looks like your village, and try out your Kirovets K-700A with the new Krone ZX 550 GD.

Farming Simulator Platinum Edition supports most PC controllers, so we tried it out with an official Xbox 360 pad, and controlling your harvesters with a pad as you reap your crops is meant to be! Whilst there are a few button combinations that are a little fiddly to get the hang of, it is far more engaging to play than on a keyboard and mouse. 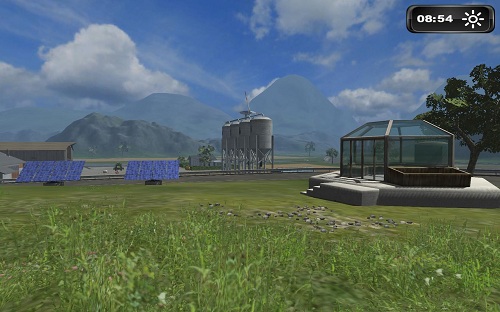 As simulators go, Farming Simulator has a living, thriving world that can look pretty stunning, which is unfortunately let down by the audio which is concentrated too much on the vehicles over the actual world. If you are new to simulators; the bumper-car physics can be a little ludicrous at times, however thanks to the handy reset vehicles function in the main menu, you can rally up any vehicles that you just can’t be bothered to return to your farm.

Farming Simulator Platinum Edition is a shining example of what makes a simulator great; and the engaging world of farming is increased with the host of new features that have been added. Whilst some environmentally friendly additions are perhaps not as useful as you might have hoped, there is a wealth of machinery to satisfy the most hungry of fans. If you were thinking of busting into the strange and interesting world of simulators, where better to start, than with the greatest.

Farming Simulator Platinum Edition is available to buy from October 21st for the SRP of £24.99; if you already own a copy of Farming Simulator 2011 you can upgrade your game with the Platinum Upgrade that will be available October 28th for an SRP of £14.99. It won't be the game on everybody's wish list, but if you have a hankering for some Farming, there's no better game to scratch your itch.