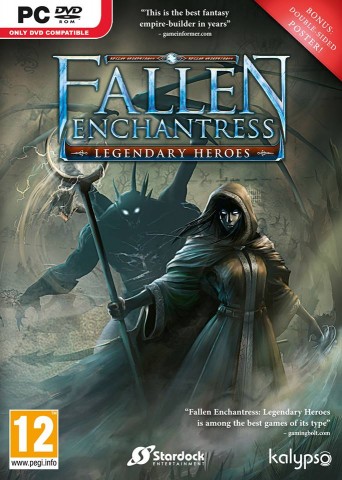 There has been quite a surge of 4X space strategy games of recent, granted the exploration aspect really lends itself to the vast expanse of space, but when it comes to the fantasy genre, there isn't much to sate strategy fans, although with the release of Fallen Enchantress: Legendary Heroes we predict that that is all about to change once everyone realises just how well the setting stands up against a universe of stars and planets.

Fallen Enchantress: Legendary Heroes is a standalone expansion of the original, less revered Fallen Enchantress that was tied to the unpopular Elemental name, however you can be safe in the knowledge that all ties have been severed, and instead rather than a continuation of Elemental: Fallen Enchantress, instead what we are treated to what feels like a bit of a remake. 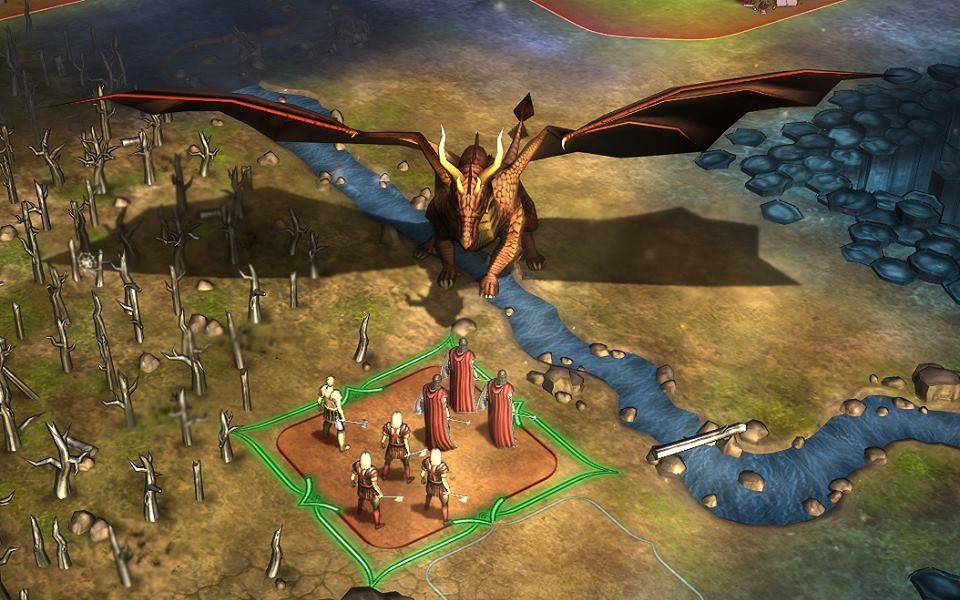 In Fallen Enchantress: Legendary Heroes you start off with your Sovereign, these are your standard faction leader, and you’ll want to be careful with them, because you’ll only be trusted with one! Each has their own strengths, weaknesses and abilities, and picking and choosing your faction will obviously determine what sort of empire you wish to keep. However, as we have already mentioned Fallen Enchantress: Legendary Heroes is a 4X strategy, and one that holds customisation in particularly high regard, so you’ve the free reign to create your own Sovereigns and indeed factions as you please, because the developers at Stardock love their modding community!

As you may have presumed from the title of the game, this expansion of Fallen Enchantress is all about the Legendary Heroes, well they didn't just get there by doing nothing, that's where the new Fame structure comes in; for every deed you do, or the larger your city becomes you will gain fame, gather enough and you'll find champions traveling from across the land to join your faction, that'll be it right? Chuck it on the pile with the rest of the wannabe Sovereigns and continue where you left off, not quite!

You see, one of the original features of Fallen Enchantress is its ability to customise absolutely everything and anything, so it would be a little silly if you couldn't shape the fighter that your Sovereign will become, and the same goes for your champions too, so with each level that they progress you can now choose what they will undertake in their techtree, and although lowly militia units can't be shaped in the same way, absolutely everyone can be customised, right down to their style of hair. 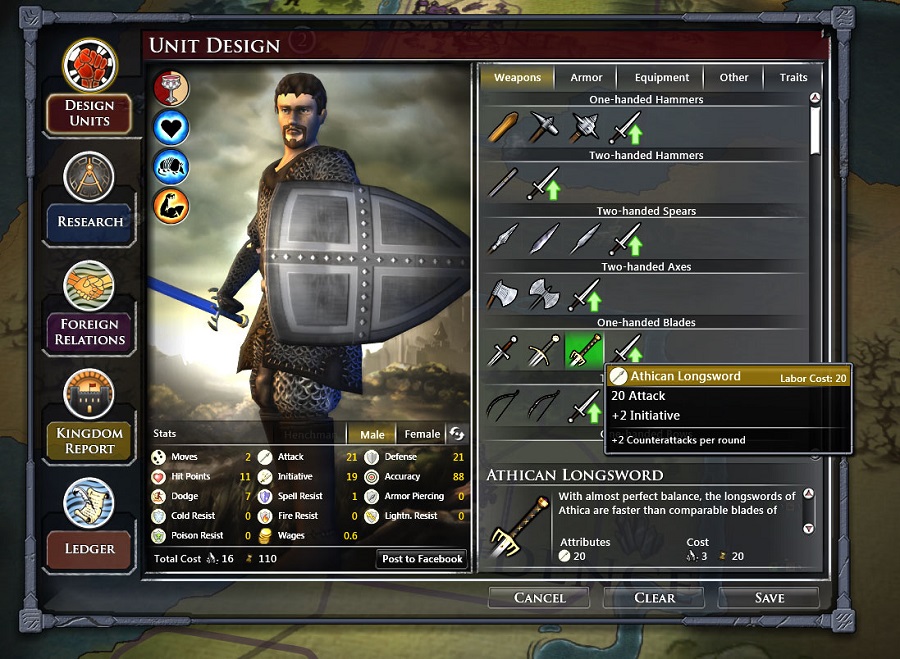 Similar to the 4X space strategy Stardrive that we very recently reviewed, in Fallen Enchantress: Legendary Heroes there is no story driven campaign, what you are provided with instead is a sandbox experience. Each game you play can take place on any size of map, and will include all number of monstrous encounters, generated quests and land to call your own, so you’ll never find yourself with nothing to do. Plus if you’re so desperate to follow a story, why not set up your own? Thanks to customisation you can set your Sovereign up with their own back story and play out their sworn revenge on the Umber who killed your father in cold blood. Whilst its dynamism isn’t quite that of the Soldak games, you’ll find weeks upon months of replayability in each game that you start.

Now strategies aren't always chosen for their online, after all myself like a lot of other gamers just want to settle down in front of a good life-sucker and ignore the hours as they drift away with the only the company of the sun as it hits you through the window, however the satisfaction of smashing your close friend on the battlefield is a great feeling to have every-now-and-again, unfortunately for Fallen Enchantress: Legendary Heroes, there is still no sign of online multiplayer, so if you are on the lookout for a good skirmish on a 4X fantasy, you'll have to look elsewhere, really, really, hard.

So what new features does the game hold? Well two new factions; the Urxen and Capitarians take the grand total to ten, and this is alongside many other new content additions such as monsters, magics, quests and items, these are all well and good, but they don't make up the true core of the game, unlike the allure of larger maps and some of the more tangible improvements, such as the ability to shape your Sovereigns with tech trees, fear not though because these are not the only features that have been added. 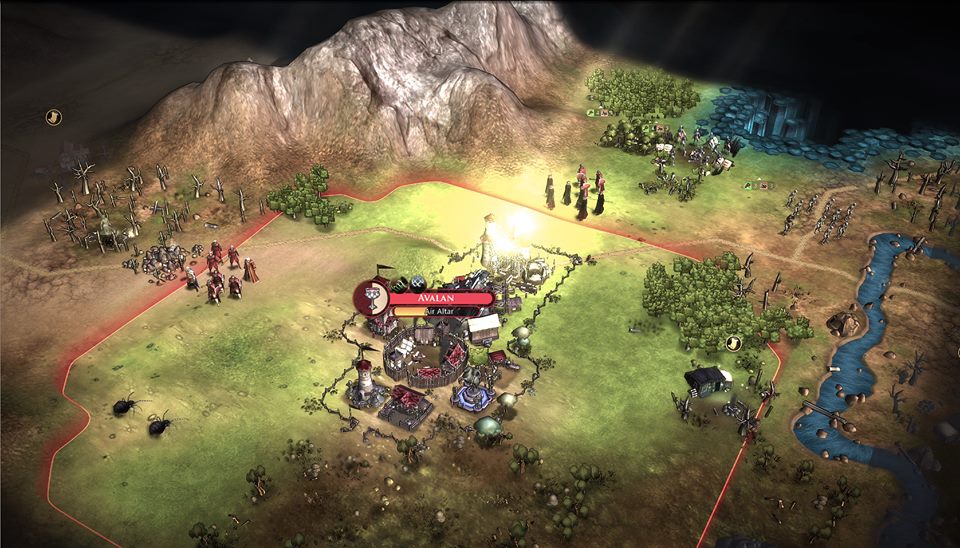 Contrary to most games in the genre, Fallen Enchantress: Legendary Heroes includes a surprisingly effective combat system; you won't find any trading card style battles here, instead everything in Legendary Heroes is turn based and very tactical! In traditional turn-based style, each unit has their own movement points and initiative that determines when they will be able to act, and of course different spells, abilities and indeed weapons will determine your effectiveness against your foes. However, new to Legendary Heroes is the brilliant new swarming tactic that allows you to get off extra attacks on enemies that you surround with your units, best of all; it’s a double edged sword and can work either way, and even the weakest pack of wolves will swarm you to their advantage lending for far more thinking on your behalf when you send your units out on a particularly epic scale fight.

Like all great strategies, Fallen Enchantress: Legendary Heroes features an absolutely huge amount of researchable skills, buildings, units and abilities ready to pour your valuable research points into across the three staple trees; Civilisation, Warfare and Magic, each is beautifully varied and caters to the wishes of all types of players, however they are pronged into only a few paths making it quite time-consuming to get that building you really want. Good thing the maps are large enough to sustain a game going for a long time!

Something missing from the original Fallen Enchantress was the 4X staple of population unrest, that annoying niggle that stops you from taking on every single possible settlement on the map; own too many cities and your populace won't appreciate it, as with most titles you can attempt to appease them by lowering taxes or erecting special buildings, in all fairness as a solely offline game it is a shame to see this feature introduced, but I concede that as fun as it is to merc everyone on the map, it does get very boring if absolutely everything works in your favour. 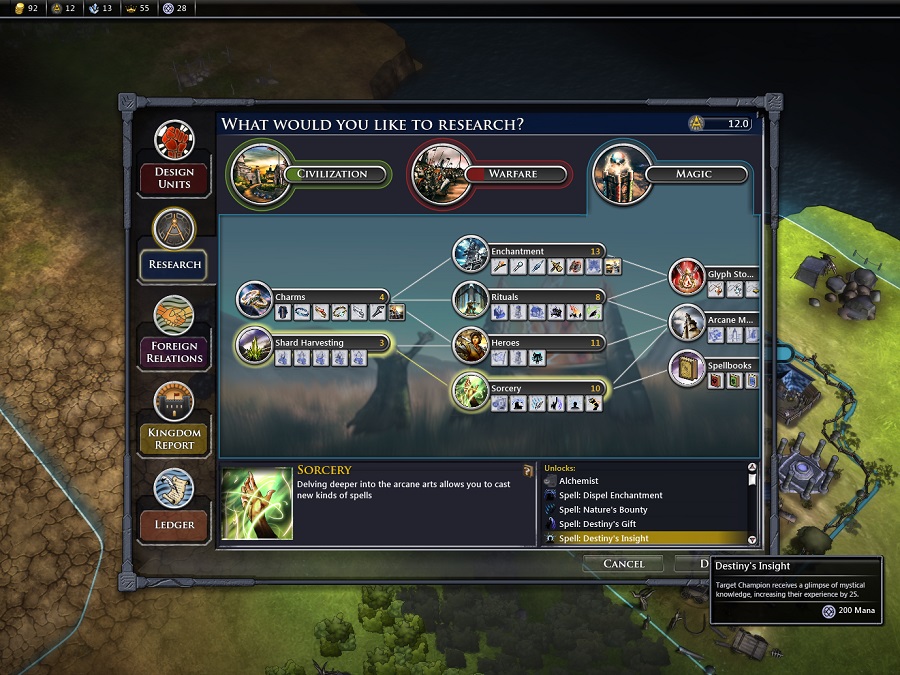 Something very nice with the 4X strategy is that all of the games in the genre seem to reinvent the idea of the turn system, most will stick to the basic; make all your moves, press a big red button, but not Fallen Enchantress: Legendary Heroes. I know, this isn’t a big deal, but I cannot stress just how wonderful the games system is, as it ensures you will never miss the opportunity of moving that scout unit you didn't realise was on the other side of the map, or leaving your fifth city idle without an action, because as soon as you have finished all of your possible actions, the turn will tick over to the next, it sounds so simple, but being safe in the knowledge that you've done everything possible is oh so satisfying.

If you've never entered the wonderful life sucking world of the 4X strategy, Fallen Enchantress: Legendary Heroes is no better an introduction, it’s breathtakingly effective tutorial will lure you into the genre, and thanks to its brilliant turn based combat, endless replayability and the facility to give all of your units beards!

Fallen Enchantress: Legendary Heroes is available now on Windows PC in all good retailers for the SRP of £29.99 and includes a double sided poster! We were kidding about the beards, but the game is really magnificent!