One of the best known series' of video games to come out of the UK over the last decade is the Fable series, the first game graced the Xbox back in 2004 and took gamers by storm. Developed by Lionhead Studios it was their third game under the new studio and worked as a great change from creating god games. Well Fable III is now their newest adventure; once again set in Albion, you play as the Prince or Princess of the kingdom dependant on which sex you'd rather play the game through.

One thing that we have all grown accustomed to in the Fable series is it's extreme Britishness, from the humour to the accents, you won't find a single American accent (or you shouldn't) while wondering around Albion, this helps keep everything consistent and creates a persistent world for you to play in where nothing or nobody will ever really feel out of place. To suit the Britishness Lionhead studios managed to bring together a cast of very well-known British actors including the likes of Simon Pegg, Stephen Fry, Sir Ben Kingsley, John Cleese and even Mark Heap snuck in there, even if he isn't directly mentioned with the rest of the cast. 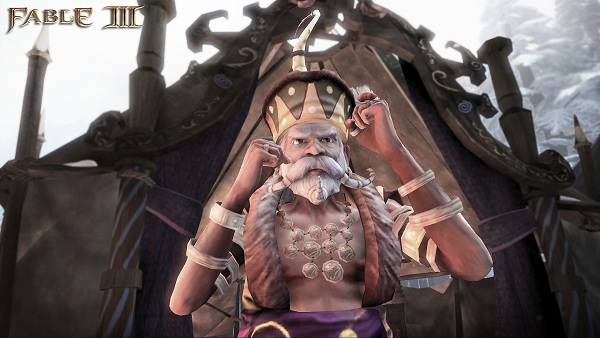 The combat feels very similar to Fable II in many ways and still feels like one of the weaker areas of the game, allowing for button mashes between the X, Y and B buttons causing you to do a little shooting, smashing (or cutting if using a sword) combined with a bit of magic here and there. Or you can hold down the buttons to perform a little more havoc against enemies by using a flourish. However button mashing is never really that much of a bad thing, especially in Fable III which is nicely split up with the random occurrences of finishing moves, which do not mark the end of fights, but instead act as a nice breaker between the action. The magic in Fable III has also changed, it has now been funnelled into gauntlets allowing you to wear two different magics at once giving you a combination of spells (or you can just wear one type) instead of giving you slots. Also magic is no longer levelled up individually; it is managed by the totally new upgrade system.

The upgrade system has had a total overhaul and now doesn't require you to collect small coloured orbs at the end of a fight, you are now required to collect guild seals from gaining followers, killing enemies or doing quests. These then allow you to purchase chests that contain upgrades or features for the game, such as emotions for you to use when interacting with people, or if you wish to advance more important parts of the game such as your melee, ranged and magic skill, or learning new magic you can spend your guild seals on those aspects. In the end you are still collecting items to upgrade yourself, however it feels more rewarding than picking up tiny orbs as it feels more satisfying as you have to work harder for your rewards.

One way of gaining guild seals is from befriending the citizens of Albion, which is a great way to acquire a large collection, earning one per person you interact with (with the ability to get a one seal off each person, and then further ones with friendship and love), this can then be expanded like in the past games by becoming friends and then developing the relationship even further involving houses, marriage and kids which will be a strain on your money. The making a friend aspect feels slightly ruined in Fable III as in order to become friends with a stranger you must complete a mission for them, this then becomes tiresome if you want to be friends with everyone, and especially when a person hates you as you have to do a mission to be on neutral standings. Sadly there isn't a huge amount of variation in the missions given, however that does make it easy for finishing multiple quests in one go.

You can of course also form a relationship with another person playing the game locally by having a friend sign in on your console or you can do it online via Xbox Live. Similar to Fable II you can then play through the game co-operatively with your friend, this works as a great way to get through the game as of course two heads are better than one. Plus there are some items and achievements you can only get when playing with a friend, making it useful to make sure your friends have the game too. 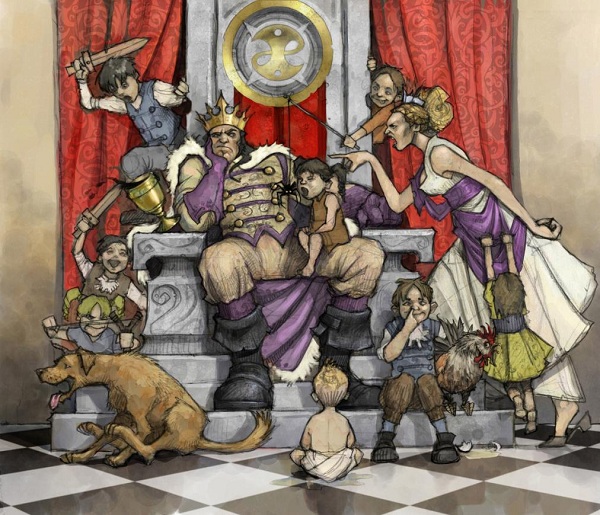 I found that the dog felt slightly more useful than in Fable II and less likely to get stuck in areas, but not really that helpful in combat, he serves a great purpose once again telling you of spots to dig up and treasure that's nearby, however that's mostly what he's good for, as to have a dog that’s good in combat you will have to find books to teach the dog which requires a bit of hunting in houses and hidden areas.

As with most action adventure titles there are a large amount of different collectables throughout the game, my favourite of which being the gnomes you'll find scattered across Albion, which have some of the best dialogue in the game that single-handedly manage to make them some of the funniest and rudest characters in the whole game. However the quest with these gnomes started off to a great start with the quest giver being voiced by none-other than Mark Heap. You will also find out there’s a lot of 'locating obscure objects' quests which involve collecting rare books, the gnomes, and flowers as well as silver and gold keys spread across the land and you can't forget the demon doors.

There is a nice healthy variety of enemies, from Mercenaries to Hobbes, allowing for a number of different types for each race of enemies. The only real issue I have with the almost random combat is that Mercenaries or Balverines would be harder than some of the story based fights, which made it feel slightly unbalanced at times, as when drawing near the end of the game I wouldn't want to travel in-between cities for the fear of dying. 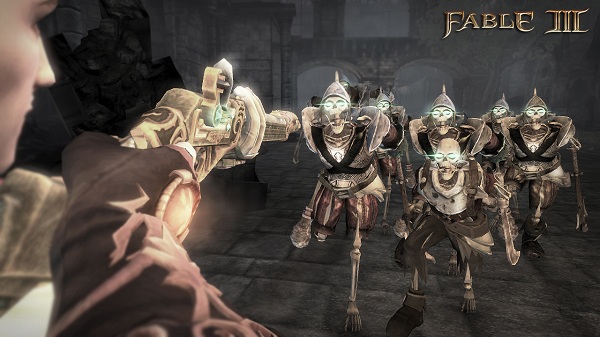 One issue that I think I will always have with Fable III (which includes Fable II as well) is that really if you play with the breadcrumb trail there isn’t too much exploration to the game, of course this can be turned off, but at times when the levels don’t actually point you in the proper direction visually you need that trail to tell you where to go. However the best aspect of the trail I do like is that it can lead you to treasure, as you know which way the correct path is so you can wander off without ever getting lost, followed by then joining the trail afterwards.

Fable III even though in a lot of cases feeling extremely similar to Fable II is a worthwhile experience, allowing for a different way to delve into the Fable universe, I thoroughly enjoyed playing through Fable III and will definitely be going at it again to finish off those last few quests, hunt down some gnomes, find some rare books and get a larger portion of the achievements, even though slightly buggy at times it is an extremely compelling experience.

Fable III is available not only on Xbox 360 but is also available for Windows, and being a Games for Windows Live title, allows you the ability to gain achievements in the PC and Xbox 360 versions. You can pick it up on 360 for £49.99 and PC for £39.99, also don't forget there's a collector's edition available for the Xbox 360 as well which we have an unboxing video up for. Sadly the PC version has been delayed slightly and will be available at a later date, but keep your pre-orders as we're sure it'll pop up for sale soon.