Paradox Interactive and Paradox Development Studio have announced the final pre-order reward for gamers looking forward to the upcoming empire-building Europa Universalis IV, and by Jove are you going to want to pre-order it now!

Players who pre-order Europa Universalis IV will not only be given a free copy of the critically acclaimed grand strategy Crusader Kings II for your own library or a friend that needs to experience it. You will also receive a Saved Game Converter for Crusader Kings II, allowing you to convert your loved dynasty into Europa Universalis IV for play allowing you to maintain your established empire and guide them through the age of exploration, continuing their stories of expansion and conquest. 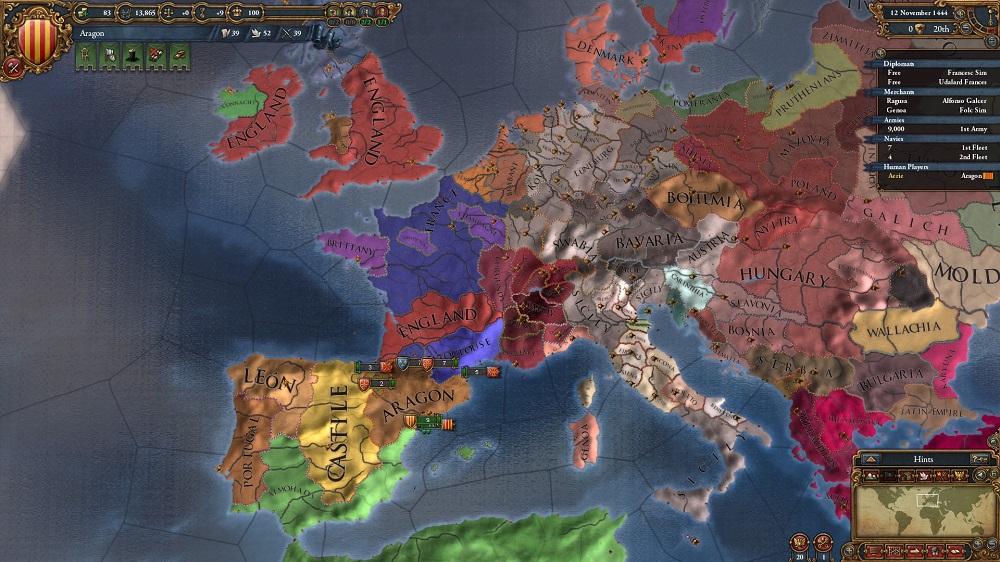 Both fantastic perks will be available as pre-order bonuses on August 1st and anyone that has already pre-purchased the game will receive these additionally. If for some reason you don’t want to continue your family’s reign from Crusader Kings II, perhaps you should see a converted save in action. Paradox will be showing it off in a live stream tonight a 7pm GMT!

In development from the team that brought you the critically acclaimed Crusader Kings II, Europa Universalis IV hopes to further the foundations of the award winning series that redefined grand strategy gaming for a generation and sold over a million copies. If you haven't seen it, be sure to check out our preview of the game, we cannot wait to pour hours into it!

Europa Universalis IV is scheduled for a release August 13th 2013 for Windows PC, Mac and Linux, and you can pre-order it now from here and receive DLC such as the Purple Phoenix pack and more to be revealed soon.