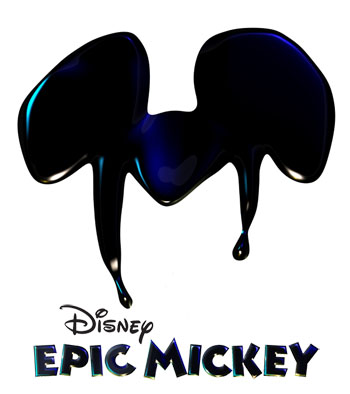 I've had my eye on Epic Mickey since it was announced, dubbed Warren Spector's new project I knew this game had to have credibility. As you would guess from the name of the game it's another Mickey Mouse game, but this isn't your average Mickey voyage (not that Castle of Illusion and Land of Illusion weren't two of the best games of their time) with a title like Epic Mickey players should immediately know this is something else.

Now those without prior knowledge to why Warren Spector jumped on this new Mickey game, you wouldn't believe it but Spector is a big Disney fan, during University his Master's thesis was looking over the evolution of Disney characters. One of the reasons that he has a large amount of enthusiasm towards Disney, is purely because no other company has managed to even be on par with them, they have characters who have stuck in people's hearts and imaginations for years and years, Mickey Mouse has captivated children since the late 20s and is still loved by them today.

Being a game with Warren Spector's name on it, it features the usual moral choices, however not so much evil and good, more mischievous and good, allowing you the choice to paint things (good) or use thinner (mischievous). The game feels very much like a good N64 platformer, which may or may not sound good to most people, but that means it ranks very high in my books. 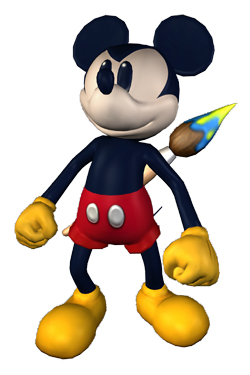 The game felt very dark in the levels of the demo, but the silhouettes of characters were easily recognisable and Mickey of course looked fantastic, his animations were fluid and he sat nicely in the wasteland world. Like all the other games I had the chance to play at the Nintendo event, the Wii is really starting to be pushed graphically, which is of course what you would expect for a console that has been available for almost four years now.

The story of this epic adventure starts with the evil (I always found him scary) sorcerer Yen Sid (Fantasia) who had created a Disney theme park called Cartoon Wasteland which was where he put all his rejected creations-stored on a table in the form of an intricate model-so for example he'd put the broomstick from Fantasia in there. This all got faffed up by Mickey who when venturing into a mirror in his house, turned up in Yen's study, while fiddling about Mickey accidentally spilt paint and paint thinner on this model. Hearing Yen returning Mickey panicked, cleaned up and ran away. This 'accident' then created a being known as the Phantom Blot, who then took over the Cartoon Wasteland, scaring its inhabitants into hiding.

Now years later Mickey is dragged back into this mirror and taken into the Cartoon Wasteland, this is then where Spector's Disney history comes to shine, as Oswald the Lucky Rabbit-the Wasteland's first resident-has now become jealous of Mickey's fame (as Oswald was created before Mickey but didn't strive to fame like Mickey, and his jealousy seems to have been manifested by the Phantom Blot) and Oswald has created a plan to get rid of Mickey. 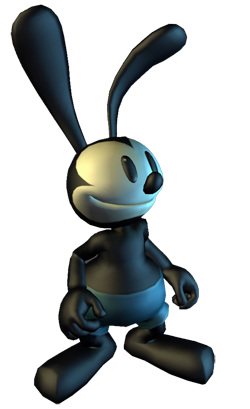 In order to save the day Mickey has to stop the Phantom Blot, get Oswald to trust him again, whilst also saving the Cartoon Wasteland (if you want to that is), of course this is a brief synopsis and the whole story is much more detailed, but hopefully you can get an idea of the general setting of the game.

The controls are pretty simple, but may be slightly hard to manage for a beginner to the Nintendo Wii, the Nunchuk's analogue stick controls Mickey's movement, and the trigger on the Nunchuck applies thinner. The d-pad on the Wii Remote controls the movement of the camera, the right trigger applies thinner and the A button will make Mickey jump. A downside with the jump is that it felt very harsh, other players at times had some issue when jumping and landing on the platforms, making it slightly hard to judge the jump occasionally. I only had one issue with a jump, however the rest of the time I was jumping around fine. The only motion of the Wii Remote I was informed of was if you shake the remote Mickey then performs a standard attack if you want to stop any enemies from hurting you.

Paint and thinner can be used on characters in the world and 'toonish' objects in the environment, generally you should be able to tell the difference with what you can and can't remove from the style the object is textured/appears in the world. If notice any transparent objects through-out the world, this means it can be painted into the environment, also when applying thinner to objects they then have this transparent look. When using paint you can fully paint an enemy to turn it into an ally, which then means if you're in a tight spot and your new ally is in close vicinity they'll come to your aid. Also for every good deed you perform you have a blue bar that increases, this then gives you a guardian that floats around Mickey (a maximum of three can be active at once) and the split second one of these touches an enemy they'll immediately become an ally. This works really well when in a tight spot with no paint to hand.

As well as distinct choices over what you can do when playing the game, you can actually just not do some tasks, (warning spoilers below) to explain better in the level that I played you had to remove the anchors keeping Smee's boat dragged down in the water. As a player you have the choice to:

This was only for one task, so you can imagine there will be a large amount of subtle choices you are faced with through-out the game, I know I'll always be doing the good deed though. 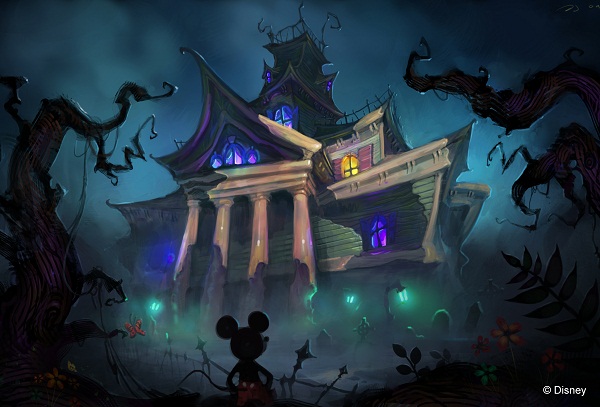 Overall the demo that I was able to play was a great vertical slice of the game, that showed all that I needed to know about the game being as brilliant as I imagined it would be, Epic Mickey is set for a release this Holiday. This is one game I definitely recommend and will be buying straight away, another great reason to stop my Wii from gathering dust.