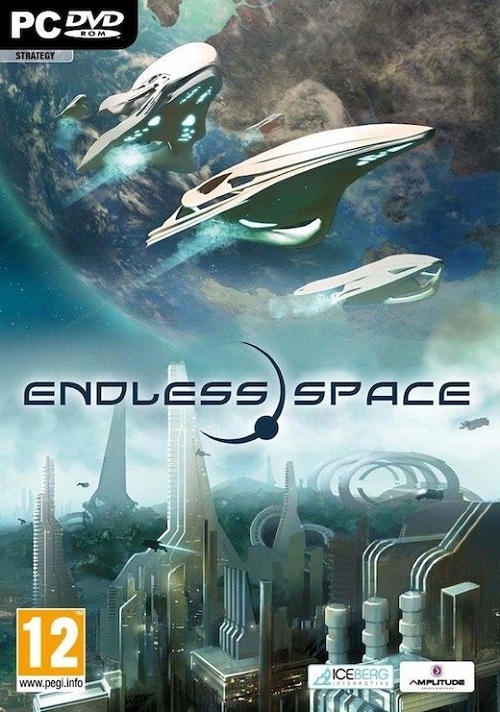 If you’re unaware of the sub-genres of strategy, Endless Space belongs to a glorious selection of games called 4X; they require the user to Explore, Expand, Exploit and Exterminate with their grand empire across the vast expanse of space. As strategy games go, they’re a fairly slow breed that revolves around turn based gameplay and are definitely not everyone’s cup of tea, however if you get caught up in one they literally suck your life away.

4X strategies are known for their deep and complex nature, Endless Space not only offers this in the core game, but in every single instance of its existence, where even the simplest task of creating and choosing your empire becomes an intricate and involving feat. Now this is no way bad, if you enjoy customising everything to the finest detail you’ll be overloaded with seven different types of beautiful galaxies to inhabit, a decision on the size of it ranging from tiny to huge clusters of star systems. If anything it allows you to grasp the real scope of the game, leading you to feel somewhat insignificant when you begin on your sole star system in almost a literally Endless Space! 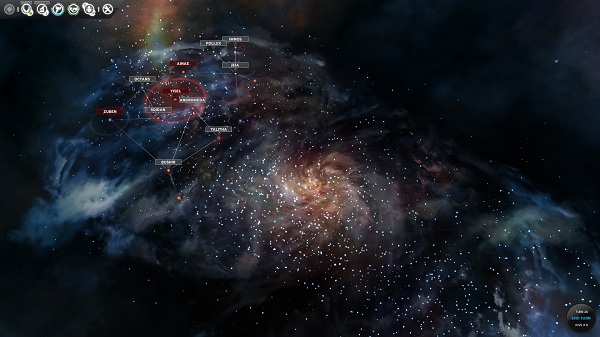 Shaping your galaxy to your liking is not the only pleasure the game gives, and with a selection of 10 very interesting factions to choose from you’ll be spoilt for choice, as each comes with their own traits and back stories to paw through, and not everyone is necessarily aiming for the same winning conditions in battle, clearly the evil Human Empire are only thinking about owning as much of the galaxy as possible and making as much money out of everything, but then there are the more curious factions like the gentle Amoeba that simply wish to expand and connect with the universe, of course you’ll always have the all-powerful consumer of worlds, the Cravers who wish for nothing but the total consumption of all planets and life.

What makes Endless Space very different from its 4X counterparts is for a relatively small development, the game is extremely user friendly, whilst the game includes a very standard tutorial that explains the basics of all the screens that you’ll encounter, literally everything has a tooltip, so if you forget the purpose of an icon, aren’t sure what a trait does, there’ll be a tooltip for it. Not only that, but you won’t find yourself lost in menus amidst menus, there’s never more than two screens inside of a selection and to leave any page all you need to do is right click to exit, it sounds simple but its ridiculously effective, and means you won’t be sat scratching your head on any feature in the game.

Now a strategy is nothing without its skill set, and Endless Space’s research tree is a particularly daunting one split across four categories based on expansion, your armoury, industry and diplomacy. Depending on your faction and overall victory goal you’ll obviously want to focus on particular skill-sets, and if you want to explore the whole cold expanse of space you’ll need to invest in wormhole technologies and the like, but after one experience of a game you’ll have learnt which skills are valuable to you. 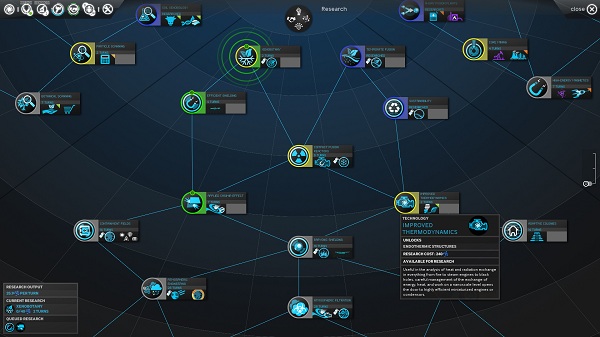 Surprisingly enough, unlike most strategy games that become inherently easier as you soak in as much knowledge as possible, Endless Space manages to make the game more challenging. For instance, after researching into a technology you can now colonise on icy tundra’s, and desert planets, however that doesn’t mean that your population are going to appreciate it, and as you expand as an empire appeasing your star systems gets extremely tough, and these guys produce the resources required to survive, so you don’t want to upset them!

The easiest way to rule the galaxy is of course to own it all, and in Endless Space you’ll begin one star system at a time, each system produces FIDS, that’s your food, industry, Dust (currency) and science. Food feeds your population, industry creates ships and developments on your planets, dust pays the bills and science funds your research, and each system may consist of anywhere up to six planets, and each planet may have a moon, with the correct technologies you can colonise every planet in every star system in the galaxy, so you can imagine that the micromanagement gets crazy. Not forgetting that each planet is formed in a specific way, and your people will not always appreciate being made to live on a dry arid planet where food is scarce and you’re exploiting their home for as much Dust as you can get, for those that love to manage, here is your heaven, of course those that don’t you can replace your eagle eyes with a simple AI.

You don’t just have to rule the galaxy by yourself, and with the hero academy feature you can hire governors and ambassadors to keep your colonies in shape, and generals to heighten the efficiency of your fleets. As if that isn’t enough, rather than throw tens of ships at you that you must learn and study, Endless Space includes a Ship design feature that allows you to tailor your own ships so that you know exactly how it performs, with the weaponry, armour and structural integrity increased by your own choices in your scientific ventures. 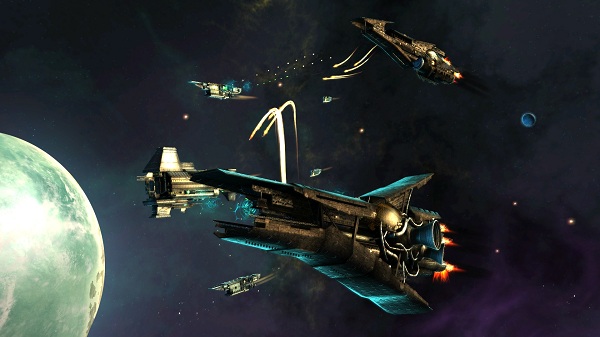 Now unfortunately you cannot simply spend your whole life expanding and exploring the galaxy without a little scuffle here and there, and to accompany the turn based map screen is the real time battle mode, fret not, like any comprehensive strategy these can be auto resolved, or dealt with manually if you are the kind of player that likes to see the defeat of their foes, just don’t expect a fully comprehensive real-time skirmish.

A Battle has three phases; Long Range, Mid-Range and Short Range ‘melee’, everything in battle is fully automated and depends on the stats of your vehicles rather than how quick you can press your mouse. However battles are not simply watching a combat unfold, and before each phase begins you can pick a ‘card’ to decide how you are going to deal with the phase in question, so whether you want your fleet to act defensively, offensively, tactically, sabotage your opponents weapons, bolster the health of your fleet, or just retreat before you’re wiped out, and with the cards in play a fair fight may just turn into an advantage on your part in a certain phase!

Now of course all of this is included in both the single player that doesn’t act as a campaign but more of an extended sandbox, and the multiplayer that allows for public and private games for up to eight players, whilst multiplayer is not totally convenient for 4X strategy due to battles lasting upwards of five hours, but it does allow you to experience the game against an unpredictable opponent, which unfortunately isn’t really the case in the single player mode. 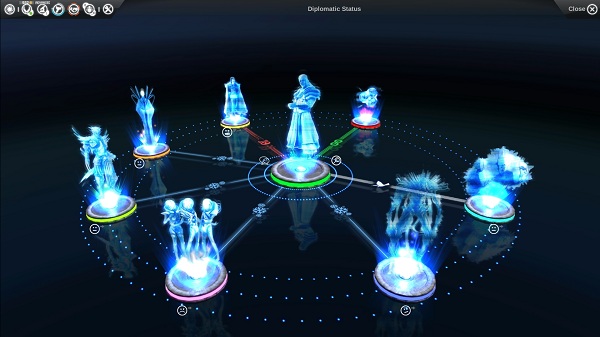 Some may be unhappy with the lack of player interaction in battles, after all there isn’t much that compares to epic edge-of-your-seat real time battles, but those that come to a 4X for exploration will love the beauty of traversing the galaxy, and the chilling classical soundtrack that accompanies the game, we were smitten by it.

If you’re looking for a new space strategy that extends the boundaries of exploration into a beautiful expanse of space, the combination of the music, visuals and lore makes for a fantastic space game, just don’t come to it expecting some involving battles, it’s more about the exploration and exploitation in Endless Space.

Endless Space is available now for the SRP of £22.99 and is available in all good stores and online distribution sites.