We must admit we didn't get much time to try out the Playstation 4, with only three days at the show and a lot of our time spent in appointments that were booked before our arrival there wasn't much in-between time, however one game we did manage to check out was Digital Extremes' Warframe, a new free-to-play co-operative game perfect for those with a penchant for ninjas and third person shooters! Yes, get ready to control a ninja with a gun!

Whilst Warframe already exists in beta on PC, the developers were at E3 showing it off as a very recently announced Playstation 4 launch title. We got to jump in on a raid with three other players to experience this third person shooter that sets you up in an ancient Warframe; a powerful exoskeleton that acts not only as a stunning suit of armour and lets you use a sword like a true ninja, but also grants you a set of offensive and defensive powers which can be used in battle using the PS4's touch pad. 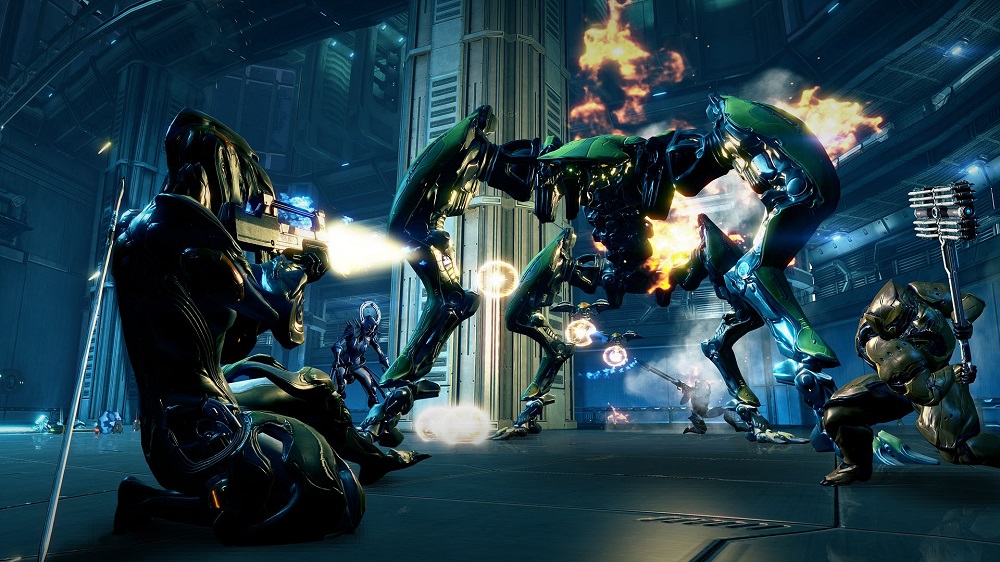 However you won't be darting around like a ninja too much, because your opponents on the battlefield are not simply versed in close combat, and a lot of the spindly machines will sport a variety of guns, so it's about fair you shoot back, so whether you want to toast some 'bots with a flamer, or pick them off at long range with a sniper rifle the option is yours, however being a free-to-play game we're unsure of how many weapons will be on offer to you, as the game does have a form of microtransaction, and we do not know the details of this.

For those that love a spot of competitive gaming you will be somewhat disappointed with Warframe that is practically PvE, so expect to be slicing a lot of cybernetic beings, and blowing up hulking great machines the likes of Zone of the Enders and Metal Gear, maps are fast paced and in them you must locate hidden artifacts to upgrade your warframes and work as a well-oiled team to take down the machines.

That said there is a sneakily small segment of competitive action to be found if you are a member of a Clan; who are able to build custom dojos where members can battle each other 1v1, however because both participants must be members of a clan it is fairly contained so you won't find yourself up against a nasty troll, well that is if your Clan properly vets members! 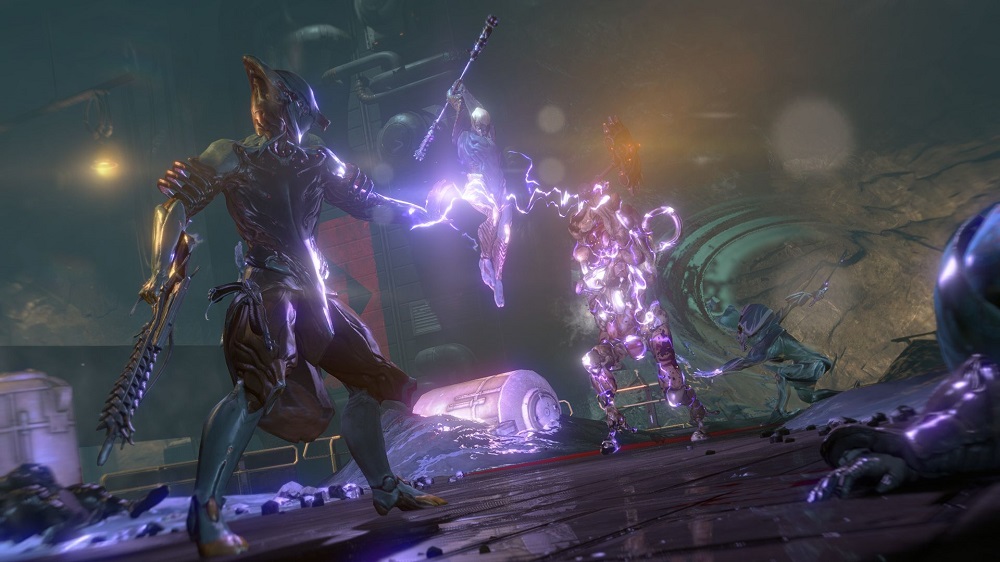 Now not only is it free, but the game looked and played fantastically with a consistently high frame rate, and as a PC title at heart the controls translated fairly well and thanks to the PS4, the usual radial menu that your Warframe powers would use on current generation console was instead mapped to the controllers touch pad which actually worked out pretty well as soon as you got the knack of using it!

So you're probably thinking, it's free-to-play, so there's probably four maps, five or six missions, rinse and repeat right? Well Digital Extremes are not used to working in the free-to-play model, and so Warframe will have all of the quality of a full-priced game, how so? Thanks to procedural generation not only are the missions procedurally configured, but the maps are too, so in theory you will never play the same raid twice, so you've got the opportunity for a free game on the Playstation 4 on launch that will supply endless potential!

Warframe is currently available to play in beta on Windows PC, and will be coming to the Playstation 4 for launch.