If there was a game at E3 which would either be called closest to a modern horror film or best use of tricks of the mind it'd definitely be given to The Evil Within. I would have given it an award for best action but I felt that the development team could have been offended by us calling it an "action" game when it isn't the main basis of the game. Introduced by the godfather of survival horror games himself Shinji Mikami once again called it a pure survival that asks players to run for their lives and occasionally try and fight back, but only when there's no other option.

Of course the game starts all normal and the only eerieness constitutes from the lack of blood, bullets and quiet nature of the scene, but don't worry it all kicks off from observing what seems like a harmless CCTV feed. Usually of course when observing something from afar you're the safe one, however they've turned it all around. Sebastian witnesses a collection of police officers opening fire on an assailant you cannot see and then in a flash of blurred actions each officer is killed one by one allowing the attacker to show himself to the camera, the next thing you know Detective Sebastian Castellanos has been knocked out. 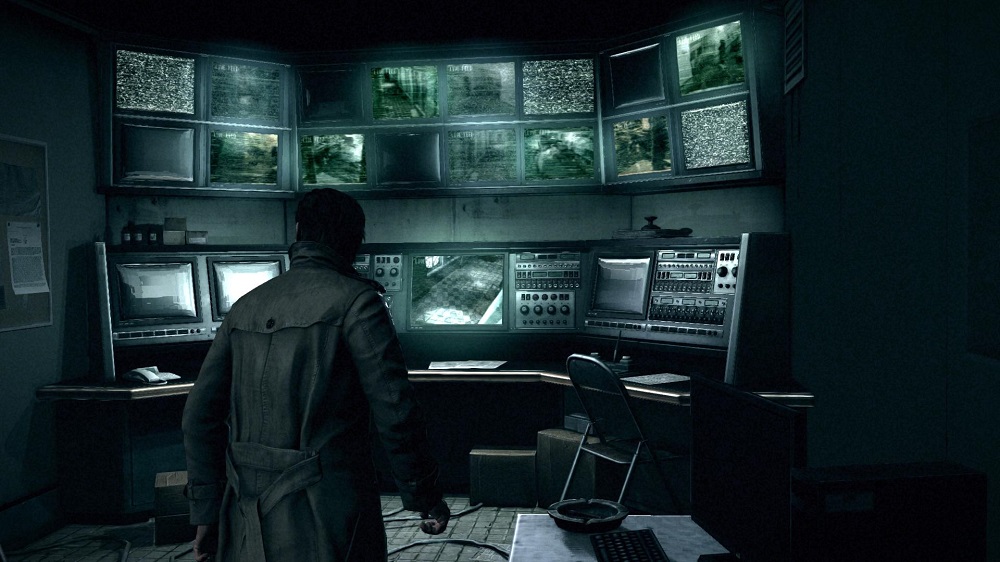 From the next moment onwards is what felt like a Modern day horror film, Sebastian woke up tied upside down hanging in what only had the feeling of a psychopaths basement from many a film. This is reinforced when a giant hulking unknown person walks towards you, luckily he goes for the poor guy next to you, sawing away at his waist only to drag away half of the man's remains behind him to go chop him up on a table.

It was from this moment onwards that it was clear that your only option was to try your best to escape, however being tied up there weren't many options, but luckily there happened to be a knife in another hanging corpse. After being freed it was a moment of fear, Sebastian is in an unknown location with a man only a few feet away that would gladly tear you some new innards. It was from this point that sneaking and hiding were on show. As a third person game it did mean that you can see around you more than Sebastian can, giving you the upper hand to glance over tables, see doors, or any items of interest and the only plausible way out of the room. From further through the area we were introduced to hiding positions in the game that included metal lockers with grating to allow you an obscured view out. I was half expecting for the enemy to shove his chainsaw through the locker but sadly it didn't happen, but as he walked on past the locker it gave the player a chance to escape. Presumably if he had he seen the player enter the locker they'd be dead meat, otherwise from within a locker you seem quite safe.

Throughout the whole first section you were unarmed and with sneaking and hiding as your only means of survival it seemed to sell the game to me nice and quickly, provided it didn't stray away from this gameplay too much. There was no mention of distraction within the game but of course it may help out should you ever encounter larger numbers of presumably undefeatable enemies, so we'll wait and see what they're doing about distracting enemies. However to counter this stealthy area we were shown some more action based gameplay which involved setting mine traps for what I could only describe as zombie villagers, although interestingly the traps didn't pose too much of a threat for the enemies, hardly even stopping them. But the player did have a gun at this stage so they could try and shoot them all, which they did in some cases. However with the promise of scarce ammo pickups hopefully players will only use the gun in desperate situations. 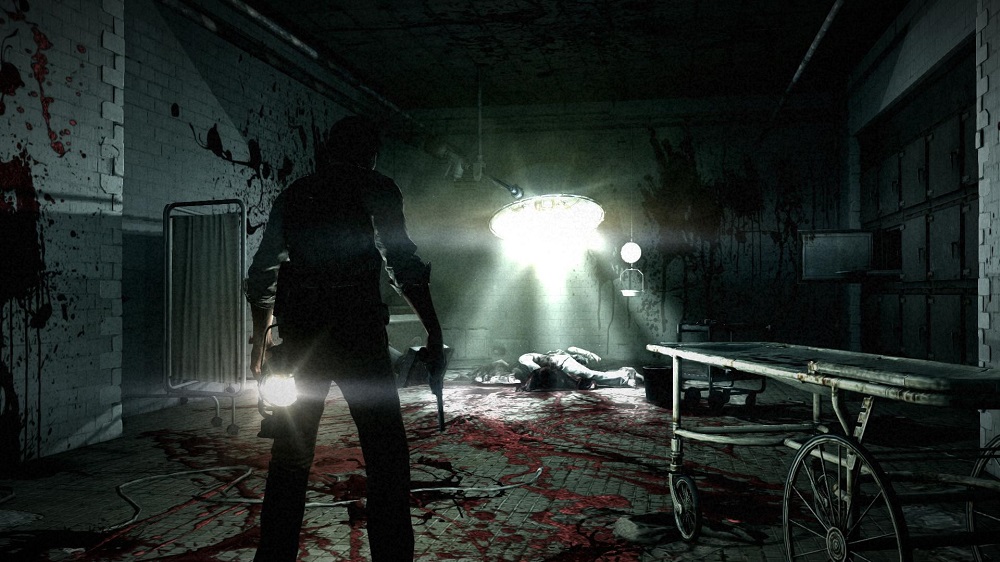 To show an example of the heart stopping terror that you're put through when running is your only means of survival, after locking yourself away from the terror that was chasing you with a chainsaw with a jail door between the two of you, your brutal assailant gets the last laugh as what actually happens is you shut yourself in a room full of death, as from that moment on spinning blades start protruding from the walls moving slowly towards the middle of the room. It felt like if you were a split second too late in running forwards it'd end in instant death.

What was quite interesting when comparing The Evil Within with current survival horror style games was that they didn't feel the need to inundate the player with enemies, at least not all the time. For the duration of waking up until the end of the section we only ever saw one enemy, as they obviously know that sometimes one enemy can be just as scary as a group. Of course in the moment with the mines there was almost a stampede of smaller zombie type enemies, but they just didn't have the same impact as a large bulky enemy creating a nice balance between the two encounters. Some of the enemies do have quite an interesting look as you could see from the original live action announcement trailer and I can only imagine we can look forward to some crazy bosses too.

The best moment of the demo however is showing that we can expect the game to not be any ordinary just killing/running away from enemies game, we can also expect moments of illusions showing that everything isn't quite as it seems, as maybe the box art actually relates a little more to the game than you'd expect at first. I won't really spoil the moment as I enjoyed it so much I imagine it would be even more amazing when playing, but I can imagine you'll be on edge for the duration of the game, if not only because of enemies but because of what could happen at any moment.

The Evil Within is due for release in 2014 on Xbox 360, Xbox One, Playstation 3, Playstation 4 and Windows. And as 2014 seems to be the year of survival horror with Daylight, Dying Light and Outlast along with all the upcoming releases in 2013 we only hope there's more games on the horizon too.