One game that we were very much looking forward to seeing more of at this year's E3 was the latest Sherlock Holmes, now not only is this because of the games switch to the Unreal Engine 3, but when it comes to one of the most prolific detectives in history, Mr Holmes has over 100 years on most video game detectives, and his latest outing is taking the series up a notch.

If you're unfamiliar with the adventure game series that developers Frogwares have been putting out for over 12 years, their newest game Sherlock Holmes Crimes and Punishments will be their seventh game in the series, and rather than sitting you on the side-lines watching the incredible Holmes at work, you finally get to control the genius that is Sherlock Holmes in what is promised as a more challenging and sophisticated adventure than ever before.

Sherlock Holmes has a few new powers of sorts to allow you to settle into the mind of the man, the first we bore witness to was text prompts on screen to describe the sounds that Sherlock was hearing, now at this point it is apparent that the developers have most definitely been watching a bit of the BBC's television series, we are not quite sure whether or not this is featured throughout the game, and whilst it doesn’t particularly add to the user's need to be Sherlock Holmes, it does lead you into an insight of how the modern day Holmes is perceived. 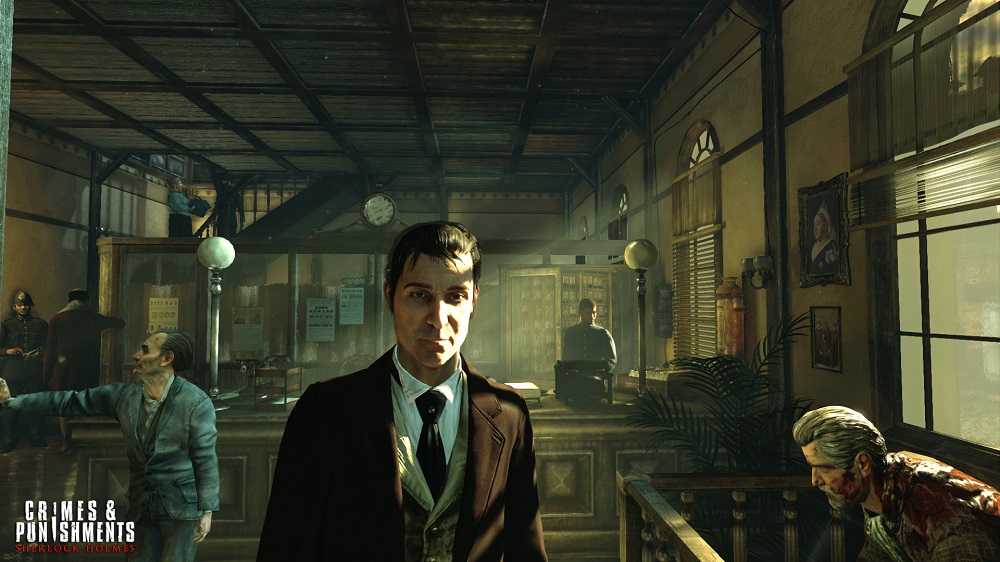 In the demonstration we were given we watched a small section of what was originally known as 'The Adventures of Black Peter'; an investigation into the death of the whaling ship captain Peter Carey who was harpooned through the chest in his office, traditional point and click mechanics shone through as Holmes investigated the scene, picking up on clues and interesting points.

Now the strangest of Sherlock Holmes' new powers is undoubtedly what has been coined as 'Sherlock Holmes vision' to some this may look similar to Batman’s detective mode in the Arkham games, however this is not a power you can simply turn on, and rely on it to get you through the game hassle free, Sherlock vision exposes that niggling feeling that something is not quite right in the scene you are viewing. For instance on a shelf in Black Peter's office there is clearly a small rectangular section of the shelf where there is no dust, with Sherlock vision on, you can deduce that this small section used to have some sort of small chest perched in its place which can open up trains of thought and questioning on said object.

Another big addition to the game is interrogation Ã  la LA Noire style, now whilst you won't be carefully watching your suspect's faces for the slightest mannerism, you will be given the chance to observe your suspect Sherlock Holmes style; picking up on all of the small details surrounding their person, allowing you to build up a portrait of their character. Our suspect for interrogation in the presentation was wearing an expensive suit, however its sleeves were much too short, leading you to suspect that he had fallen short of money, other conclusions can be made from the state of their hands, face, clothes or shoes. 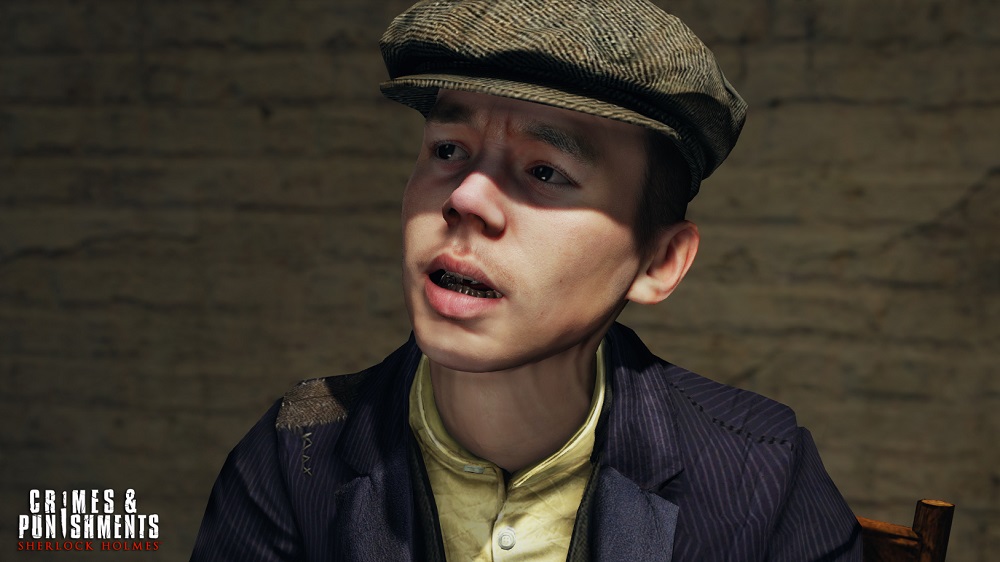 This isn't where your powers end however, and Sherlock Holmes always had a way with words, so as you interrogate your suspect you can point out issues of guilt on a suspect's statements, this can even be possible with the simple task of asking the suspect his name, to which you could link a journal found at the scene of the crime. Interrogation was never as such in the previous Sherlock Holmes games, in which talking to a suspect was more of a means of finding out information, in Crimes and Punishment your interrogations are key to finding the appropriate criminal, that is, if you want to.

After an investigation is over, it is time to head to the deduction board, here you can put two and two together and interpret all of the clues you have found at the scene of the crime, suspect's houses and haunting grounds, interrogations and more. After you're happy with your powers of deduction you are given a moral choice on the suspect that you have chosen, you can choose to condemn or absolve them, after all not everyone deserves rotting away in a prison cell. With 3-5 different conclusions for each case, it is even possible to condemn the wrong suspect!

Throughout the game as Sherlock you'll work on 8 different cases ranging from murders to disappearances across interiors and exteriors of some of the poorest and more affluent regions in London. With an expected runtime similar to the Sherlock Holmes games in the past, there will be a variety of puzzles on hand, however Sherlock Holmes' new powers of deduction will take the front seat in your investigation over the usual locked door puzzles, which I for one am most definitely glad to hear. 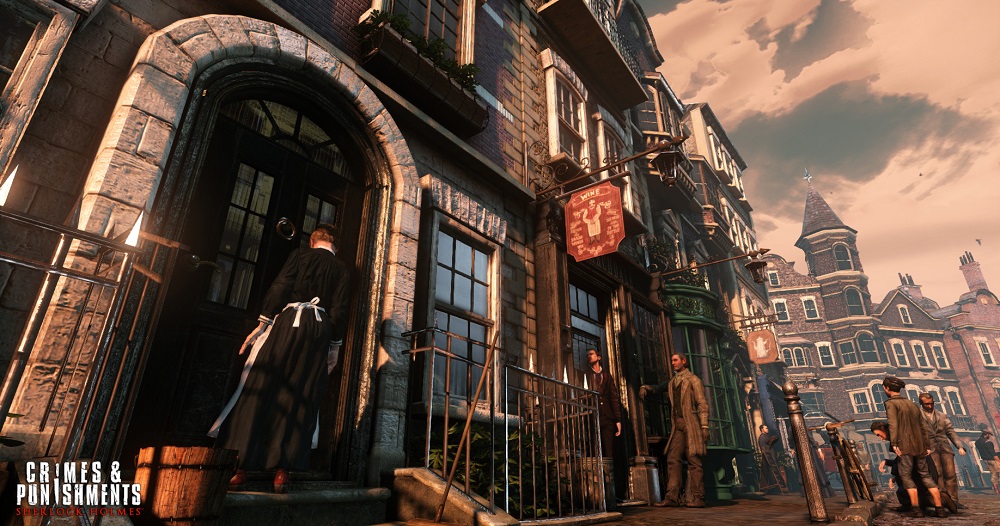 Whilst the cues for Sherlock Holmes' new powers may be taken from other titles, we hope that they will be executed to a point where they all intricately tie into the game, leaving you to truly feel like the legendary Mr Holmes.

Sherlock Holmes Crimes and Punishments is scheduled for a release during Q1 2014 for Window PC, Xbox 360 and Playstation 3, from what we've seen so far we cannot wait to see more of this stunning and intelligent game.