After watching the announcement of Plants vs. Zombies Garden Warfare, we needed more! Whilst they didn't have the game playable on the show floor, there were frequent presentations to experience the same gameplay segment in a little more depth.

Popcap Games' initial idea with Garden Warfare was to attempt to convey the epic action of a multiplayer experience, and bring this over to Plants vs. Zombies in the most fun and interesting way, which meant changing the exterior gameplay elements whilst keeping the vibrant colours, humour and insane characters that the series is known and loved for.

Just as in the conference, the mode focused on was four player co-operative plants vs. zombies, allowing us to get a little more intimate with the new plants, and style of the co-operative mode that allows four players to each take on the role of a plant; the Peashooter, Chomper, Sunflower and Cactus each with their own individual attacks, as well as three special moves allowing for very varied tactics on the battlefield. 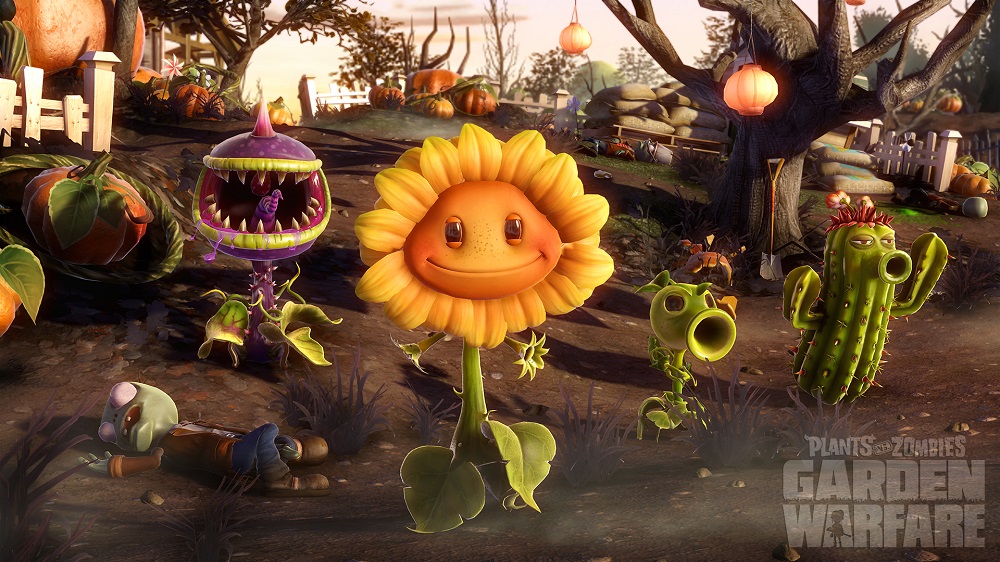 It’s important to note that at no point did we see exactly how the selection process takes place, whether or not you need to be a certain level, have a certain amount of points to select any of the ‘classes’ or you can simply select any of them, after all in the core Plants vs. Zombies game you needed enough solar power to place certain plants so it will be very interesting to see how this works when more is unveiled of the game.

Each ‘class’ can plant in the garden to bulk up your defences, this includes the classic walnuts and new additions like the Bok Choi a great punching plant, at this point you’re probably wondering how static plants are really going to be effective in a 3D plants vs. zombies environment, well in order to offset this zombies are attracted towards the plants that you place in the garden rather than simply walk straight past them, otherwise they'd be a little useless.

The first plant we are introduced to is the standard Peashooter who appears to be the most basic of the plants, his default attack is to shoot small peas at oncoming zombies, however you can switch him up to Gatling mode which stops you from being able to move, but give you a quick-fire rate with more damage, the Peashooter also has the ability to ‘Go Hyper’ allowing him a higher jump and faster movement. 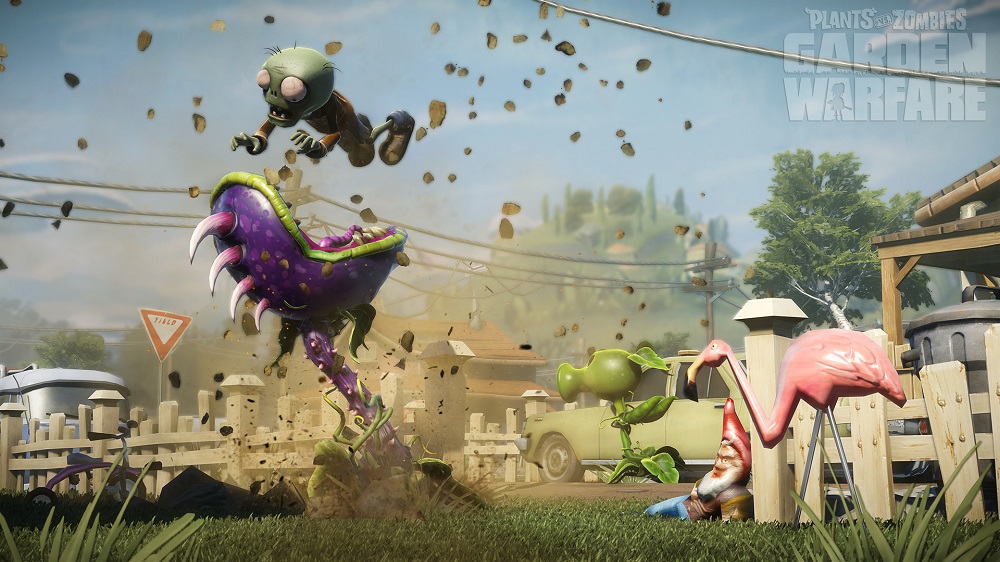 The Chomper is more of a defensive plant compared to the Peashooter; he can burrow in the ground and spring up on unsuspecting zombies, not to mention plant traps around your garden. He also has a goop ability, allowing you to throw purple goo at zombies to slow them down for everyone, great when used in combination with the Peashooter’s Gatling mode.

Even in a third-person tower defense you’re always going to need a healing class which is where the Sunflower comes in and brightens everything up, together with her healing ray she can boost everyone’s health, as well as unleash some devastating attacks with her high-power sunbeam weapon.

Of course if you love the frostbite engine for Battlefield then the plant you'll want to be taking on is the Cactus; with his ranged needles he can dish out the most damage, not to mention plant potato mines in the path of your brainless enemies, however the most fun is to be had with the hilarious Garlic Drone that can be called when ready to buzz around the battlefield shooting away at its target, keep it alive long enough and you'll even be able to call-in a corn strike to fall upon your enemies in a hail of buttery popcorn. 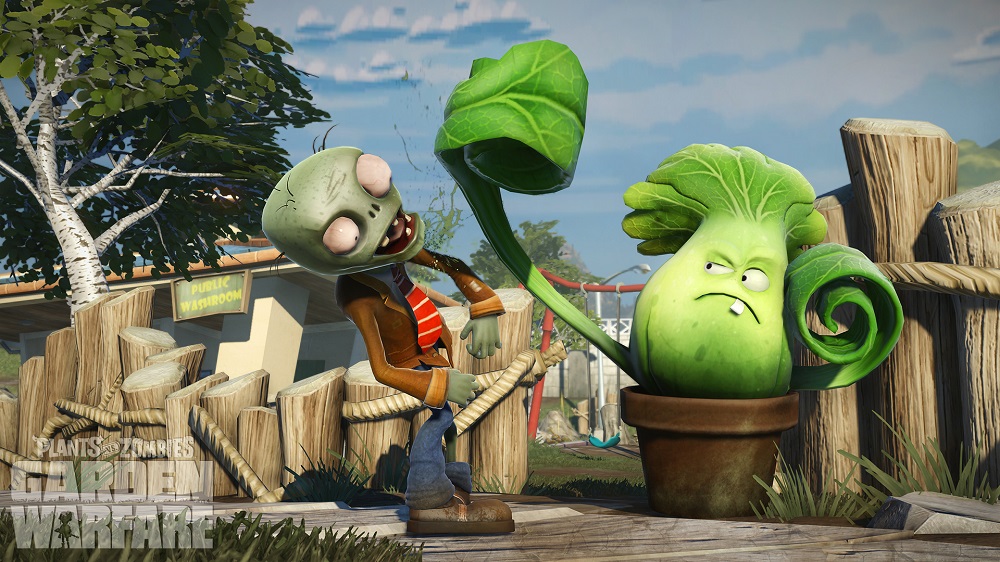 Plants vs. Zombies Garden Warfare is scheduled for a release March 2014 on Xbox 360 and Xbox One with a later release on other next-gen platforms, hopefully we won't have to wait long for other modes such as competitive multiplayer -as seen in the trailer- to be fully announced.