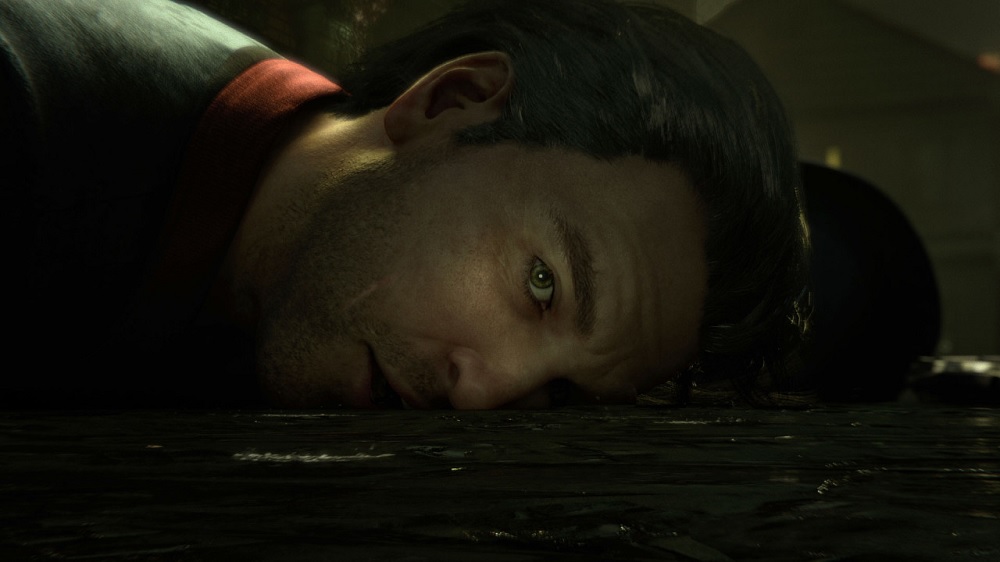 One of the most surprising games of the show for me was a game I hadn't seen anything of bar a very mysterious teaser trailer, and that game was Murdered Soul Suspect. The upcoming game from Airtight Games, the developers of the very marmite Dark Void, however their newest game doesn't feature jetpacks or cover based combat, it's much more interesting than that.

Murdered can be likened most to Ghost Trick in theme but feels very much like the Sherlock Holmes adventure series. Which of course makes sense with it being a detective investigation game that falls under the action adventure genre with a bit of a twist, however instead of being about other people, it's all about the lead up to your own death.

You play recently deceased Ronan O'Connor, a detective who worked in Salem, Massachusetts on a team that perhaps didn't really get his way of working. Partially because of the way that he presents himself, but that's all we could decipher from the demo, he dresses like he's attached to a golden age of policing, matched with an obvious love of tattoos and style. Due to the abrupt and unknown reason for his death he's stuck within a limbo type world known as Dusk, where he can no longer interact with those in the real world and is reduced to observing. Dusk is a pretty special place though as you'll notice imprints of events from the past can be seen such as deaths and other meaningful happenings. 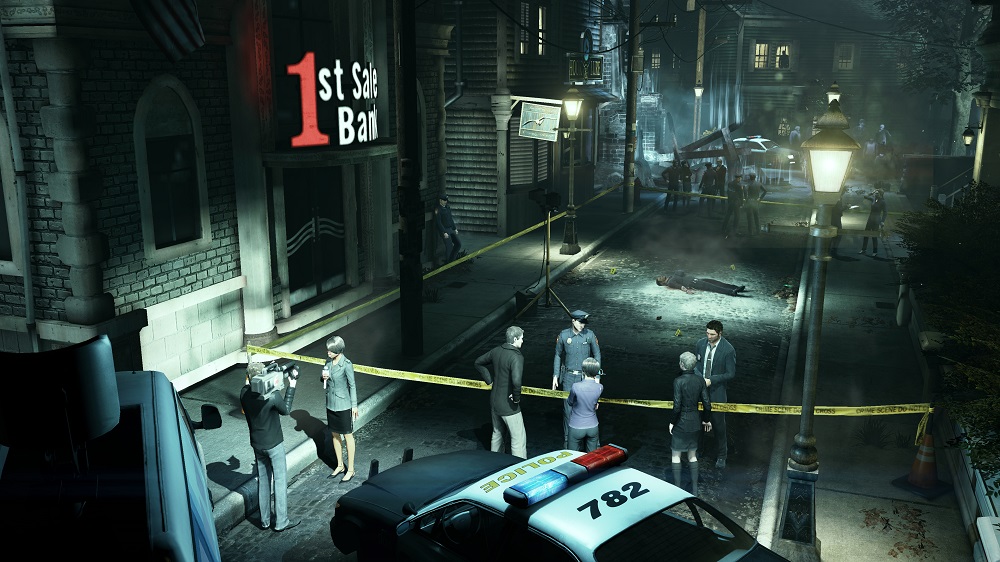 Being a ghost has its perks though as Ronan needs to find clues to help him on his way, but it's not just reading and looking. One of the main methods is through possession but it's more than just that, there's lots of fun to be had when within a living human. In the crime scene of your murder you need to see if the police have more information than what you know and follow the killer's trail. To aid this you can listen in on two fellow officers who are talking about you, but you don't just stand around, you can possess one of them and listen through their ears to clearly hear what's being said. There's another officer who is taking notes on what they know, you can double check to see he's on the right path by possessing him and looking through his eyes. Finally though there's the most important of the three, there's a witness who saw the killer, however she's hazy on what she actually saw. You can possess her to witness what she saw and remind her by playing the moment back in her head.

These are just a few methods for getting information from people in order to solve a dilemma. As well as possessing people to figure out clues you can also create clues by piecing together phrases based on items in the environment. As Ronan has no valid way to take notes you'll find certain key words floating around in the environment for you to remember while scurrying around collecting clues. This is then also a way to piece together clues at the end of an investigation in order to deduce a conclusion from all the information gathered. The deduction of information is what most likens it towards the Sherlock Holmes games, but it's also what sets it aside from most other console games, requiring the player to pay attention using their own powers of deduction and memory.

Of course one of the biggest highlights of being a ghost is that you can walk through objects and people, you can even walk through walls as long you're in the building already. Although there's a slight disclaimer there because the game is based in Salem, and because of it's history all the houses within the town have been consecrated or christened which then stops ghostly beings from entering them when uninvited, think similar to what they do in Buffy with vampires. However you can get around this as nobody can really tell a ghost to come in, for Ronan he'll have to enter a house when there's a breach, so if the door is held open then think yourself invited in. 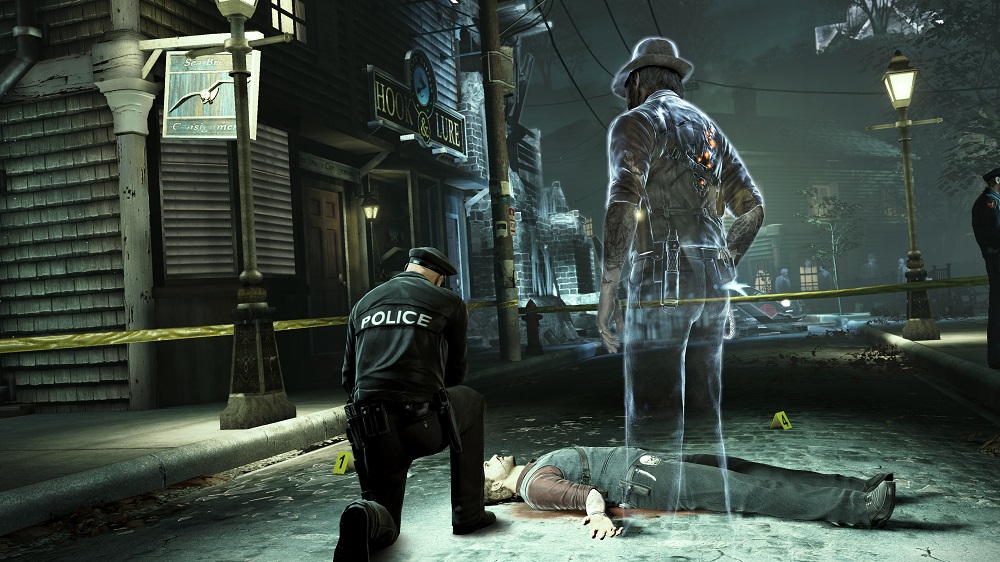 As well as helping out others and solving clues for your own demise there is a dark side to Ronan thankfully it's gun free, but the Dusk world is not without its dark side, there are demons floating around which would love to try their best to rip you to pieces, luckily you can outsmart them through a variety of ways. When on the other side of a wall they cannot see you, so if you watch their movements you can wait on another side of a wall, sneak up behind them and jump them, pulling them apart from the inside. Or you can simply possess a human and make your way close to the demon, leave the human out and pull them apart, as the demons cannot see ghosts when they are possessing someone. Plus a ghostly ability that Ronan has can also come in handy when making your way around the demons, which is a simple to use teleport that will allow you to quickly move to close by locations similar to the hop-apparate in Harry Potter and the Deathly Hallows Part 2 and the upcoming Dark.

From the early slice of the game that we saw Ronan was very early in his ghostly voyage and we've been told that he's actually a lot more powerful than he first realises, meaning he may get some powerful skills later on in the game, however I hope that action wise it doesn't change too much. It'd be nice to see some impressive ghostly actions that he can perform though, like possession to the point of taking control, and other advance poltergeist skills.

You can also be a sneaky ghost, to just be plain annoying or to cause a valid distraction by using your poltergeist style techniques. Being a ghost allows you to somehow harness something similar to electrical static so that you can alter things in the living realm, it probably won't be cooking eggs on a worktop crazy but I'm sure you could have some fun with electrical appliances or lights to spook people. Doing poltergeist techniques won't just for fun though as they can be used when solving puzzles that require distracting or stopping humans from performing a task. 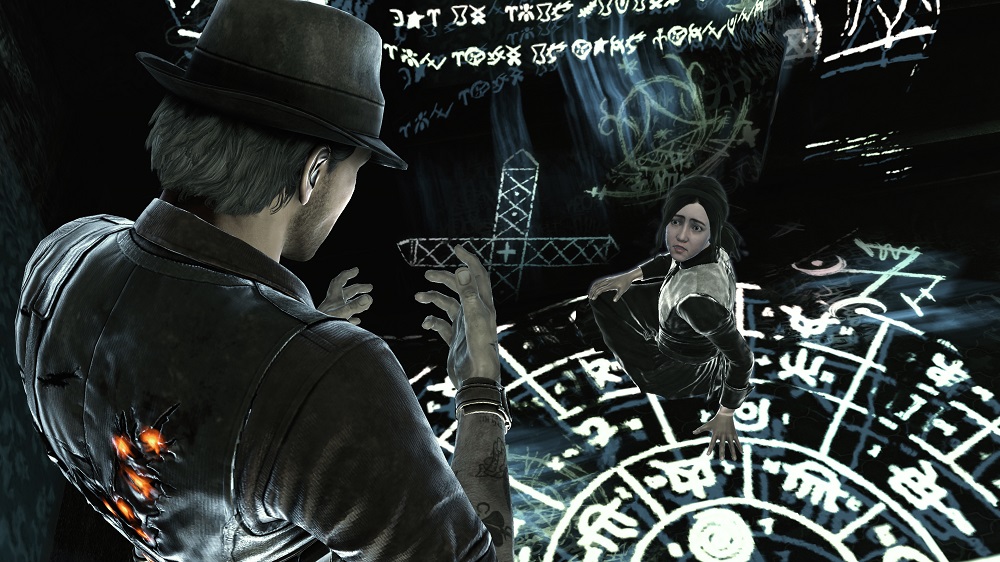 Alongside the main story the game is also full of side quests for you to choose to solve, an example quest we were shown was a young girl that couldn't remember what had happened to her, all that she could remember was an elderly couple the last time she was among the living, from this point you can put your killer to one side and look around for the old couple. Solving the side quest was as simple as then reading the husband and wife's minds to find out what happened and where her body was. We wouldn't presume that all the side quests have such a simple solution as we were also shown a side quest that actually spans the whole of the game.

Murdered Soul Suspect is due for release early in 2014 on Xbox 360, Playstation 3 and Windows, we can't wait to see more on the game.