Thousands of years ago a battle raged between mankind, a god and his army, after a lengthy war mankind felled the god, and his hand remains petrified as large as a mountain range, serving as a marker of the struggle, however fast forward to the present day in our Medieval fantasy and dark creatures have begun to re-emerge from the cracks, and it's not going by unnoticed.

We took a brief look at Lords of the Fallen, complete with some very alluring gameplay that saw our hero Harkyn travel to an old monastery reported as no longer communicating with the outside world. Sent to investigate what has happened to them, you come face-to-face with the Rhogar; tall, clad in thick armour, with their faces shielded from view, these daunting enemies are simply the frontline assault, and a definite precursor to what you can expect to come up against in Lords of the Fallen, best of all you cannot simply button-mash them to death! 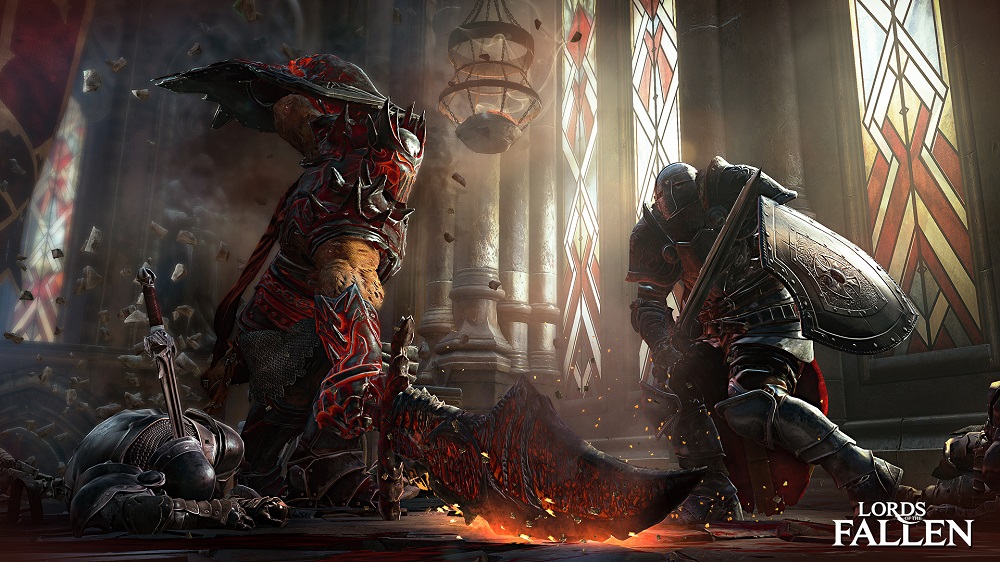 Lords of the Fallen is not your typical RPG in the traditional sense, it is classless, instead your 'class' is defined by the weapons that you yield which can be switched around at any point in time between your standard warrior, the slow but powerful Cleric and the nimble Rogue each with their own unique skills through the weapons that define them.

Lords of the Fallen is not afraid to be challenging; each enemy type has its own tactics and style of movement that you must study in order to find their weak spot, the game is rooted in its combat system, and utilising the ability to switch your class through your weapon sets is key to exploiting an enemy's weakness.

For instance, a Rhogar Marauder is slow but powerful and the most effective weapon set to use against one is the Rogue's daggers, this gives you the agility required to dodge around their attacks and enact quick, sharp swipes at its body, or use the Rogue's Shadow skill to sneak up behind the Marauder for a deadly combo of stealthy attacks, however other enemies such as the Rhogar Hunters and Vanguards all require their own individual strategies to take them out. 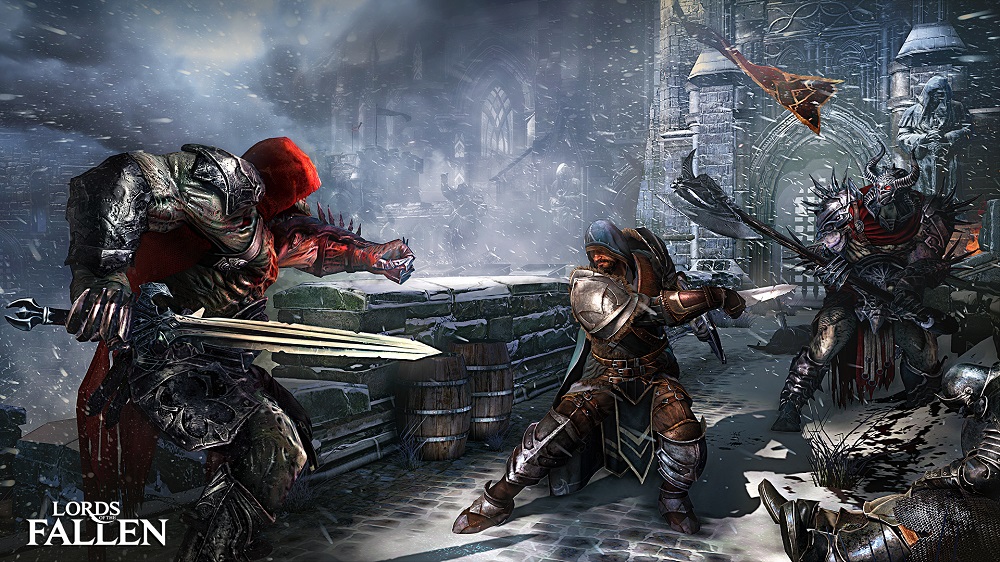 You won't simply be taking on minions throughout your journey, and you will encounter a number of Lords of the Fallen God throughout the game, these lords do not exist in your dimension and must traverse into yours with a burst of fire, showing off the games incredible particle effects. We're shown the very first Lord that you will encounter; First Warden a hulking great knight, laden with armour and a very powerful sword and shield combo that you must study before even attempting to chip away at his health. In a very traditional way each boss will have three stages that exhibit different moves and require you to switch out your original tactics in order to come out alive. Which results in the First Warden beginning as a slow lumbering knight, shifting to an elegant ballet of fire and sword as his armour is removed.

Lords of the Fallen is not an open world title, however neither is it strictly linear, and exploration of your environments is encouraged as secrets are abundant, and audio notes dotted around will not only give you clues on the locations of secrets, but also help you to understand the lore of the world, how these audio notes will be conveyed in such a dark mediaeval fantasy setting was not entirely clear, but we trust the developers at CI Games and Deck 13 with Tomasz Gop Senior Producer of The Witcher 2 at the helm. 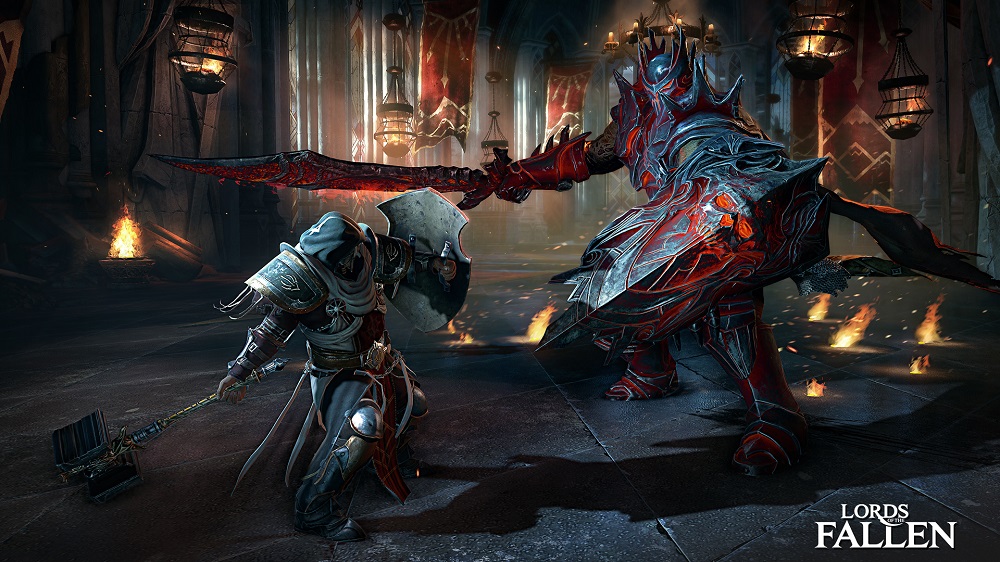 Lords of the Fallen does not come across as your average fantasy RPG, with the gameplay and combat system at its core we are promised not to get drawn into the mundane button bashing technique of some games, but rather be challenged in a similar vein to Dark Souls. Think of it as the hopeful European offspring, what we've seen of it so far has gotten us very excited, and you will too when you see exactly what is on offer in this delightfully combat-centric RPG

Lords of the Fallen is scheduled for a release during 2014 for Windows PC and next gen platforms.