When Killer 7 was released over 5 years ago a lot of people did not know what to make of the highly stylised, inherently violent game that was just unlike anything else out there, a mere five years later and Suda51's Grasshopper Manufacture has put out ten more titles, each dripping full of style, inconceivable characters and great music, with their newest game Killer is Dead, do you expect any less?

Killer is Dead is a game based on assassins, yes another one, it may sound like old ground for the executive producer who has now helped to create four games on the subject; if you include demon hunters, and he's got a good reason for it too. 'in video games there is always a game over, and it is with the idea of 'game over', and death that you associate assassins'. Of course when your protagonist is an assassin you can count on it being particularly violent, however it is through this violence that they hope to intensify the act of the assassination.

Our hero of sorts is Mondo Zappa is a mix of James Bond, Frank Zappa, and the character Nakamura Mondo, cool as a cucumber and a dab-hand with the ladies, and yet prefers to stay out of the spotlight. The tools of his trade are a sword in one hand and the cybernetic arm on his left named Musselback, allowing him to be deft at both long range and close quarters.

Killer is Dead is made up of 13 episodic chapters that are presented similar to a television show, each is bookended with stylised 2D animated cut scenes that introduce Mondo's Target, and an over-arching plot ties everything together, in Killer is Dead drama is an important factor, and so each target's story and character is delved into which Suda hopes will add weight to their inevitable death at the end of a chapter, because you'll be striking that final blow.

We got to watch in on Chapter 7 'The Tiger that Faded into Darkness' a stage set in Kyoto where a Tiger has been seen, and Mondo is sent to kill the head of a Yakuza family; Hamada-Yama who got a little too close to the dark side of the moon, corrupting his soul. 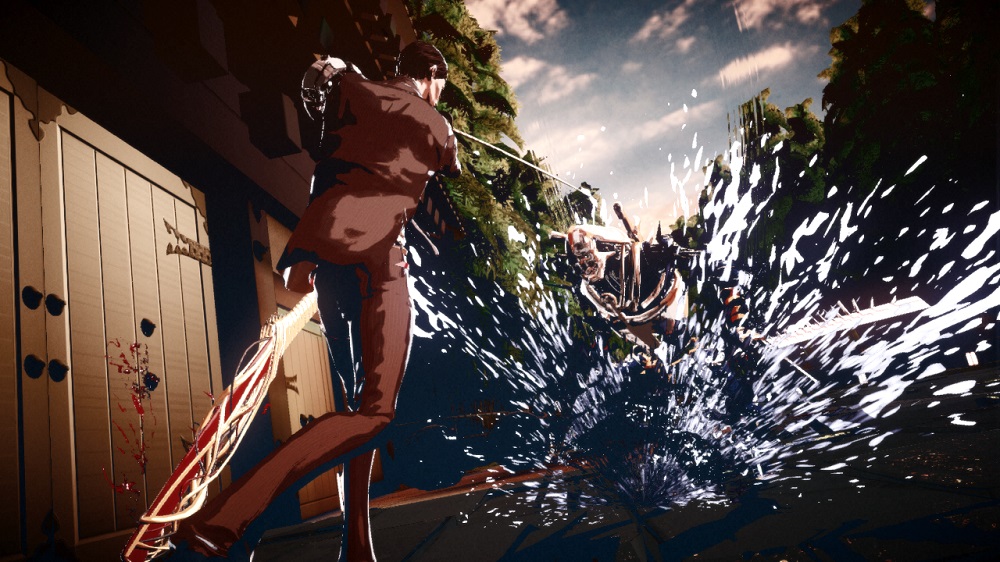 Reaching the grounds of Hamada-Yama, Mondo is ambushed by 'Wires' the prevalent enemies in the game that are the lifeless dwellers of the moon, in this particular chapter they appear in the guise of Ninja and Samurai, challenging your swordplay which appears smoother and more stylised than No More Heroes, and despite your sword swing being on only one button, guard breaks, dodge bursts and a high emphasis on the timing of your strikes hopes to negate inane button bashing.

It would be a Grasshopper title without some extraordinary special attacks, and with the blood of your enemies you're Adrenaline will increase allowing a special burst attack when your gauge is full for fast-paced and robust strikes that will take any enemy down a peg or two, and of course whilst its active your eyes will be assaulted with a switch of black to white to help intensify the blood that you strip from your enemies.

Like No More Heroes or Killer 7, Killer is Dead relies on you to clear each stage or chapter of its enemies before you may continue, similar to No More Heroes you will get calls before your fight, and whilst you won't be listening in on the conversation from your controller this time, these segments are again present to help heighten the over-arching story of the game. 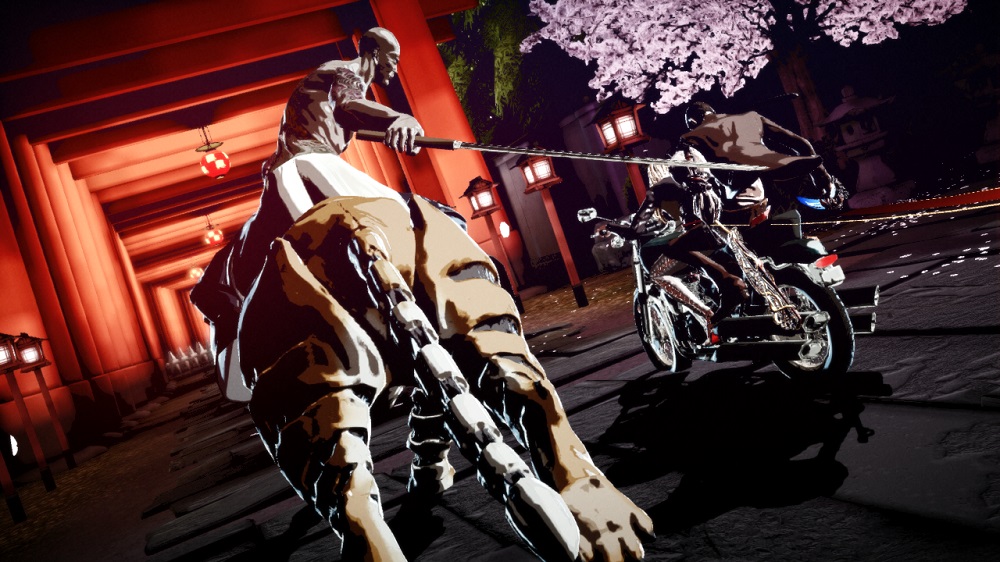 When Mondo finally confronts Hamada-Yama it is clear that Killer is Dead is all about the boss fights, with this particular fight beginning on a motorbike chase as you slash at Hamada-Yama riding on the back of a Tiger, I'm pretty sure there aren't many other games that you would find this in that's for sure, and when the battle does culminate down to a 1-on-1 sword fight.

Killer is Dead is scheduled for a release August 2013 for Xbox 360 and PlayStation 3.