A game that we knew could easily not disappoint due to already being an astounding platformer, is DuckTales Remastered. DuckTales originally surfaced on the NES with a slightly later release on the Game Boy and sucked up a lot of hours of our childhoods, or at least it did with mine. DuckTales was one among the great series of Capcom plaformers which were at the time some of the highest quality games you could buy. Now over 10 years later to celebrate the original, WayForward are creating DuckTales Remastered, a tweaked re-release of the original game to fit with the times and bring it today's wider audience of video game enthusiasts.

WayForward have managed to create a clean and crisp representation of the original which stays true to the original but still brings it up to date with current trends. Although with the beautiful pixel work that WayForward have created in the past it is a slight shame that they've gone for a clean flash style, but by creating brand new images and animations it makes it feel like more of a new addition to the franchise as well as paying homage to Disney's characters. 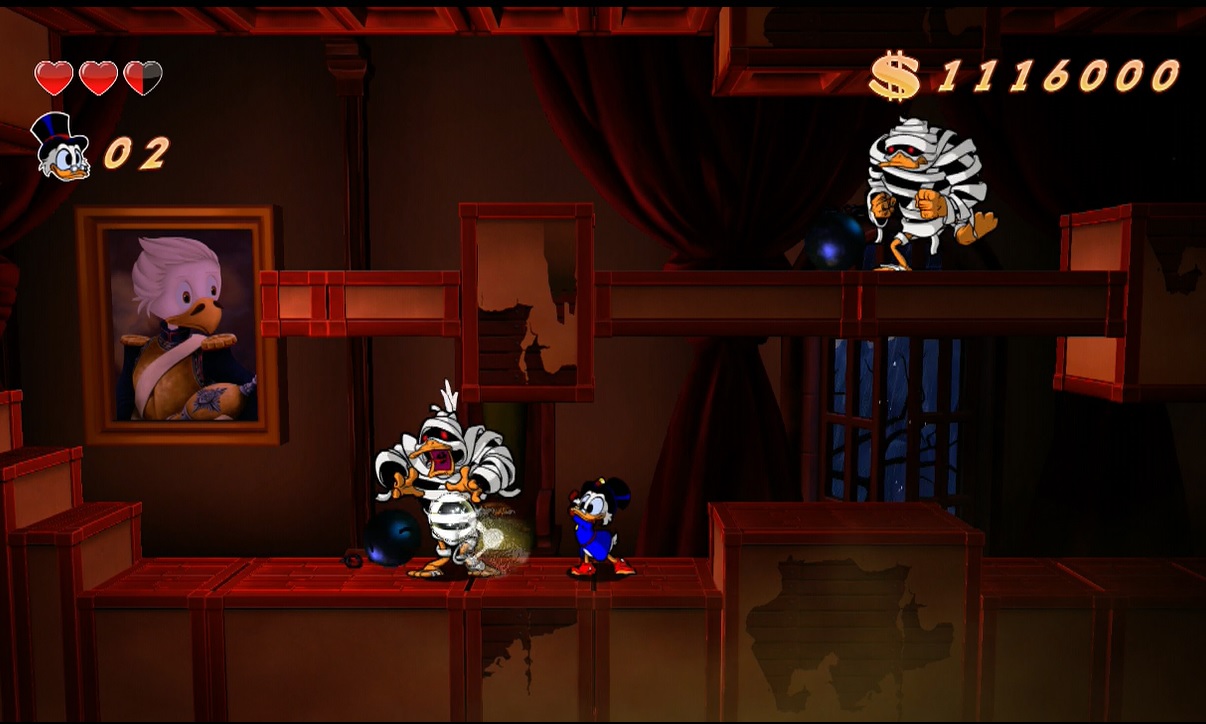 You can see that they've made it look the part, although to make DuckTales sit easier alongside games these days they have made a few additions here and there when compared to the original game. I played the Amazon level, and to add a bit more longevity to the level they added a puzzle where you have to find 8 special coins in-order to unlock the Temple of the Clouds that contains the King's Sceptre that Scrooge McDuck wants. This also helps encourage the player to search the secret areas which can easily be noticed on the map from the pause screen as coins are in locations that may have taken players hours to find originally. The level layouts in most circumstances are completely identical however they have added in slight changes light collapsing floor and changing the locations of some chests and other environmental pieces.

The Amazon level is in my eyes one of the most played of the five levels within DuckTales and with the new Wayforward version it felt easier than the original but still challenging for those who have no patience. To add a bit more challenge they've also changed the boss around a little to make it more challenging than just jump on a Totem's head a few times, they haven't massively changed it but now there's a bit of extra avoidance required, making it feel a lot more rewarding when beating it. As well as the boss being similar in look all the other enemies move in the same way and perform the same actions, including that enemies endlessly spawning unless you continue forwards. You'll find gorillas, snakes, spiders and the deadly Amazonian tribesmen all present along with the dastardly thorns. 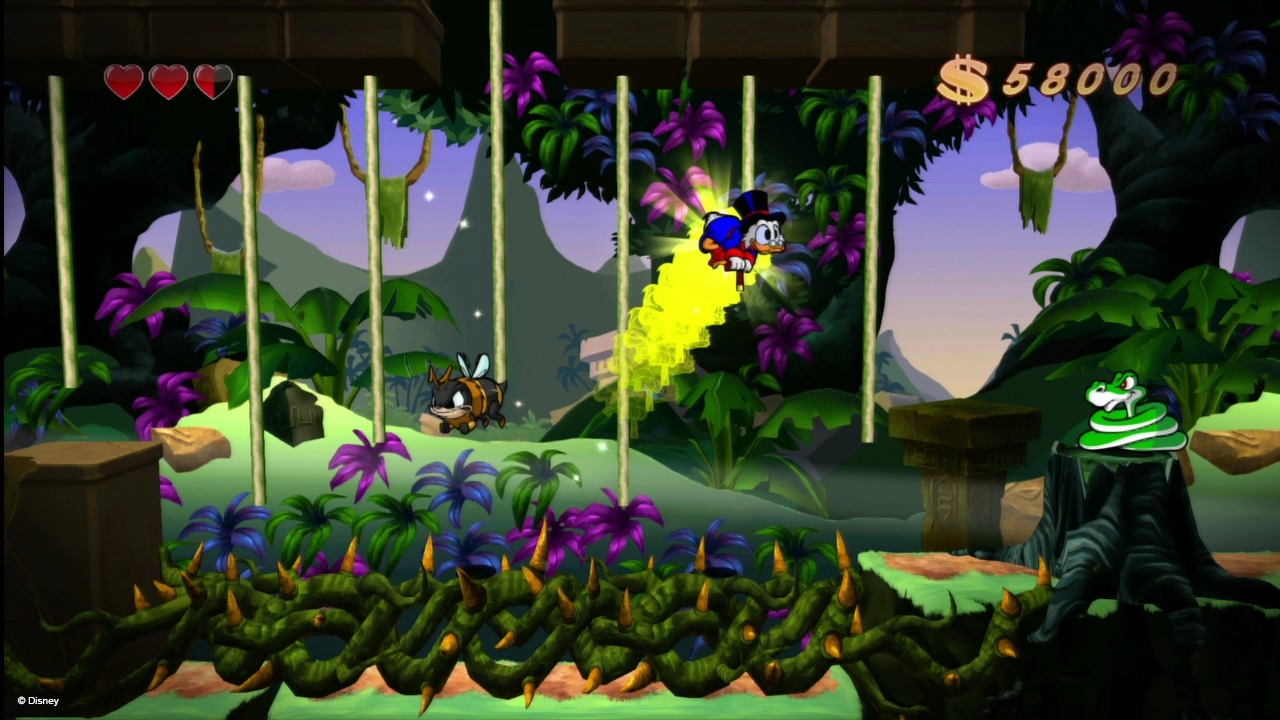 Along with the additional elements that have been added to each level there are also a few game wide features which have been included, one of which is for the hardcore fans out there, with the Extreme difficulty mode to accompany the standard Easy, Normal and Hard, which requires you to finish the whole game in one sitting which of course would have been the norm back for a large portion of games from the early 90s. But then also as a reward the game is featuring bonus unlockable content that includes original music tracks and concept art and lots of other goodies for DuckTales fans.

Those that enjoyed the music of DuckTales shouldn't be too disappointed, of course you can't expect the original tracks from the get go, but they've got Jake Kaufman onboard who's done work with WayForward before on Shantae and more recent games like Mighty Switch Force. Well he's remixed bleeps and bloops with a orchestral theme similar to the original TV show's theme to make one great sounding track. It may not be your thing, but it is nice on the ears, along with the music in the levels, following the same tune of the original themes. So playing the Amazon level feels like you're playing the original, just a little more up-to-date.

As well as getting the music stuck in your head any fans will love the sound effects in the game as Scrooge's pogo-stick like cane sounds almost identical meaning it'll just feel like the original once you start playing away. It is of course the primary sound you will hear throughout the game, but you'll also hear reactions from gems and food being picked up, but to be honest it's all about the pogo-stick . 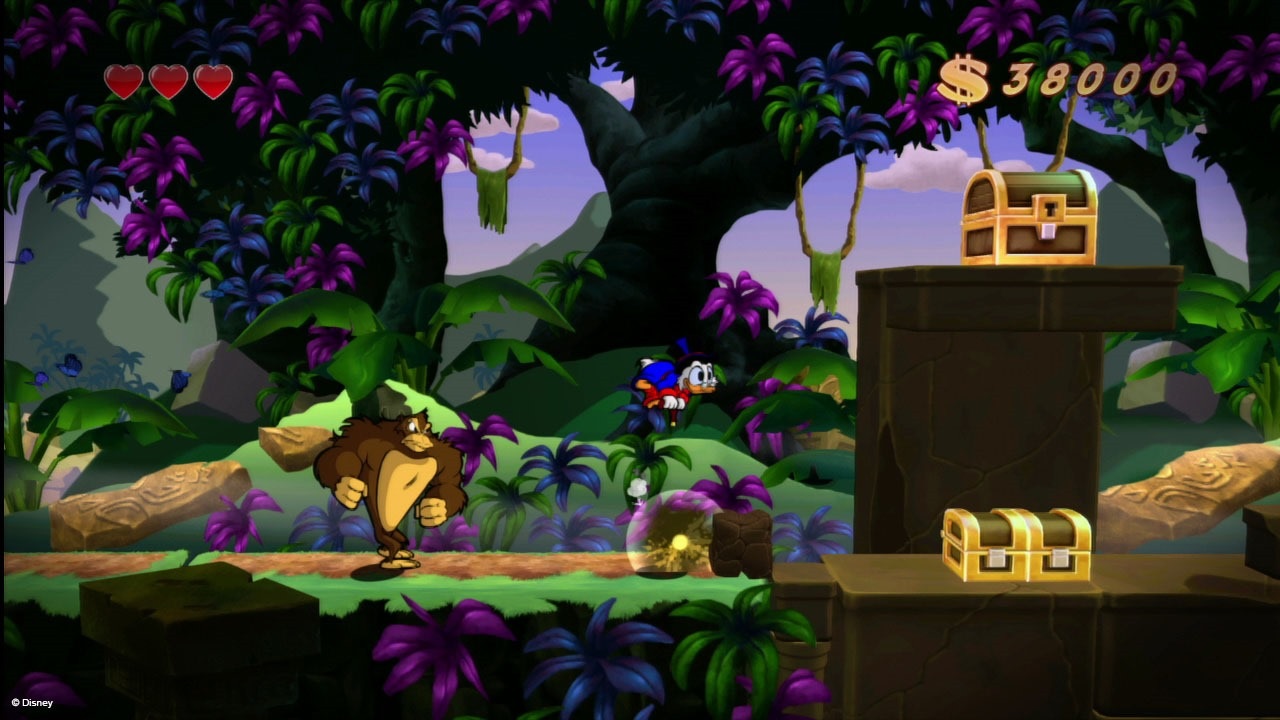 The voice acting in the game is spot on for all DuckTales fans out there, and they've even got Alan Young on board who was the original actor for Scrooge McDuck and is a stunning 93 years old. The level I played only featured Scrooge McDuck and Launchpad McQuack, with a very brief cameo from Mrs. Beakley, but the Transylvania level featured Huey, Dewey and Louie too. The dialogue helps add a little bit of narrative to a previously almost story free game with only gameplay to hold it up, which of course it did very well. However in this day and age of video games it's more normal for a game to feature a story and objectives to keep you engaged and it feels like they've made a great choice by doing so as it brings the characters to life.

DuckTales Remastered is due for release later this Summer in 2013 on Xbox Live Arcade, Playstation Network, the Nintendo eShop for Wii U and digitally on Windows. Here's to a successful release for DuckTales Remastered which will hopefully lead the way for Darkwing Duck Remastered.