Aliens always get the raw deal in games, but in all fairness those damn aliens mess things up, or at least that's what we hope they do, it'd be pretty embarrassing if the humans were the first to pull the trigger, at least that's what you'll be trying to figure out in the latest science fiction first-person shooter from CI Games that gives a big throwback to games like Doom, Quake and Unreal Tournament.

Alien Rage formally known as Alien Fear is set on a remote planetary mining facility refining the precious Promethean, a powerful energy source that is both rare and very obviously sought-after. For years on the asteroid humans and aliens worked together in harmony refining Promethean, until very recently the aliens began slaughtering the humans. You play as a big beefed up all-American Joe who must work his way through the refinery, and find out what happened to bring about such violent conflict with the audio logs left behind by Karen Matheson one of the inhabitants of the facility. 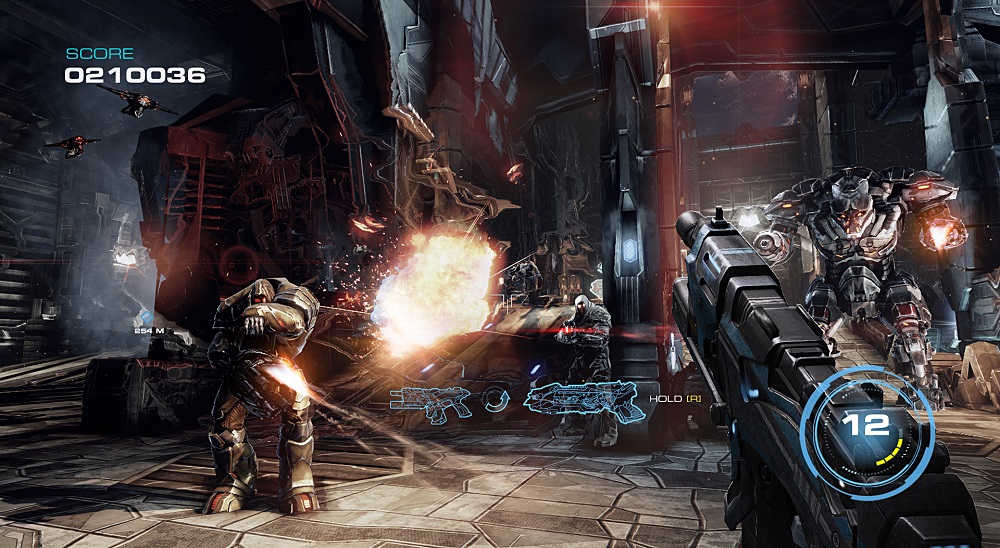 Alien Rage is best described as an old-school style shooter, it's challenging, score based, high-octane and very, very explosive, as soon as you land on the mining facility you best give up hope of the aliens playing fair as you fend off their unforgiving forces that at times feel endless. However with a deadly arsenal of human and alien weaponry as well as a wealth of explosive environments -who leaves these things lying around?- you'll most certainly have fun taking out your frustrations on them!

With 14 levels in total we got to experience two, and with no easy difficulty available to play the developers aren't messing around! The aliens aboard the mining facility seem to have a true distaste for humans and won't hang about killing you with whatever tactics they can muster, it's one of those games where you don't really have to go out of your way to find something to kill, as they all come to you en masse.

Now this isn't a magnum opus for CI Games, but a small downloadable title, with 14 levels in total Alien Rage has been given an estimate of around 6 hours of gameplay, however if you are a good old PC Gamer then you'll be intrigued to hear that only on PC the game will include Deathmatch and Team Deathmatch for some classic fragging across 4 maps. 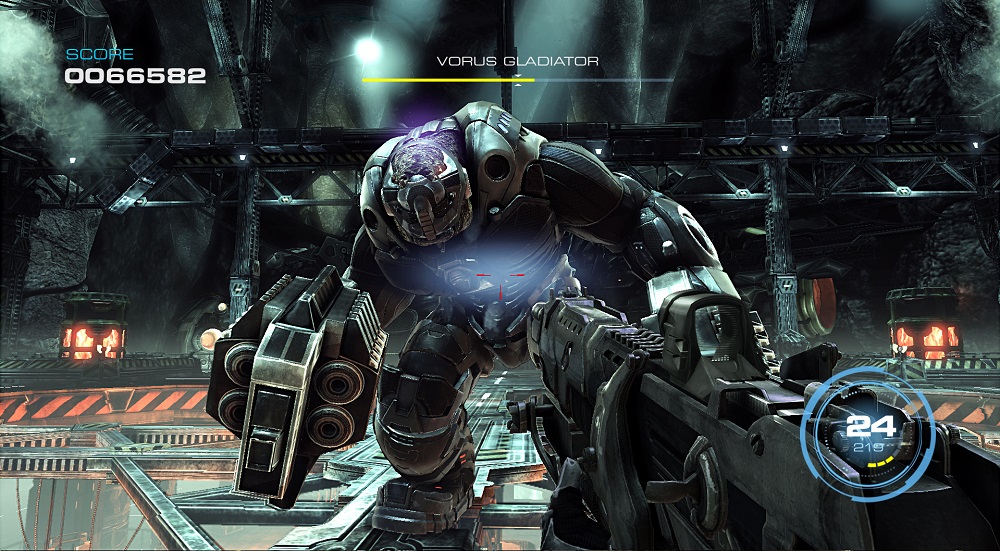 What Alien Rage is, is downright pure fun, and there's so much fast-paced shooting that downtime between kills is your only allowance for breathing. If you want some no frills alien carnage across 14 levels with 8 hulking great bosses, you will want to keep your eyes peeled for Alien Rage.

Alien Rage is coming later this year to Windows PC, Xbox 360 and Playstation 3 as a downloadable title.