For those that are a little out of tune presuming that adventure games are still close to death are actually very wrong these days thanks to Daedalic Entertainment and every other company actively releasing point and click adventure games. An upcoming game that Daedalic are publishing is a charming and gritty point and click with a substantial portion of it's development being carried out by of one San Franciscan man; Gene Mocsy, wanting to fill a hole that he could see among all the other games out there.

A large portion of point and click adventure games out there generally feature a more family friendly atmosphere teamed with a fantasy style setting, of course there's a few games here and there that don't fall into that category, The Walking Dead springs to mind when thinking of recent releases. 1954: Alcatraz is set as you may guess in San Francisco and is centred around Alcatraz Island and the prison that was in use between 1934-1963, well in 1954 we follow a character who is imprisoned on the island. 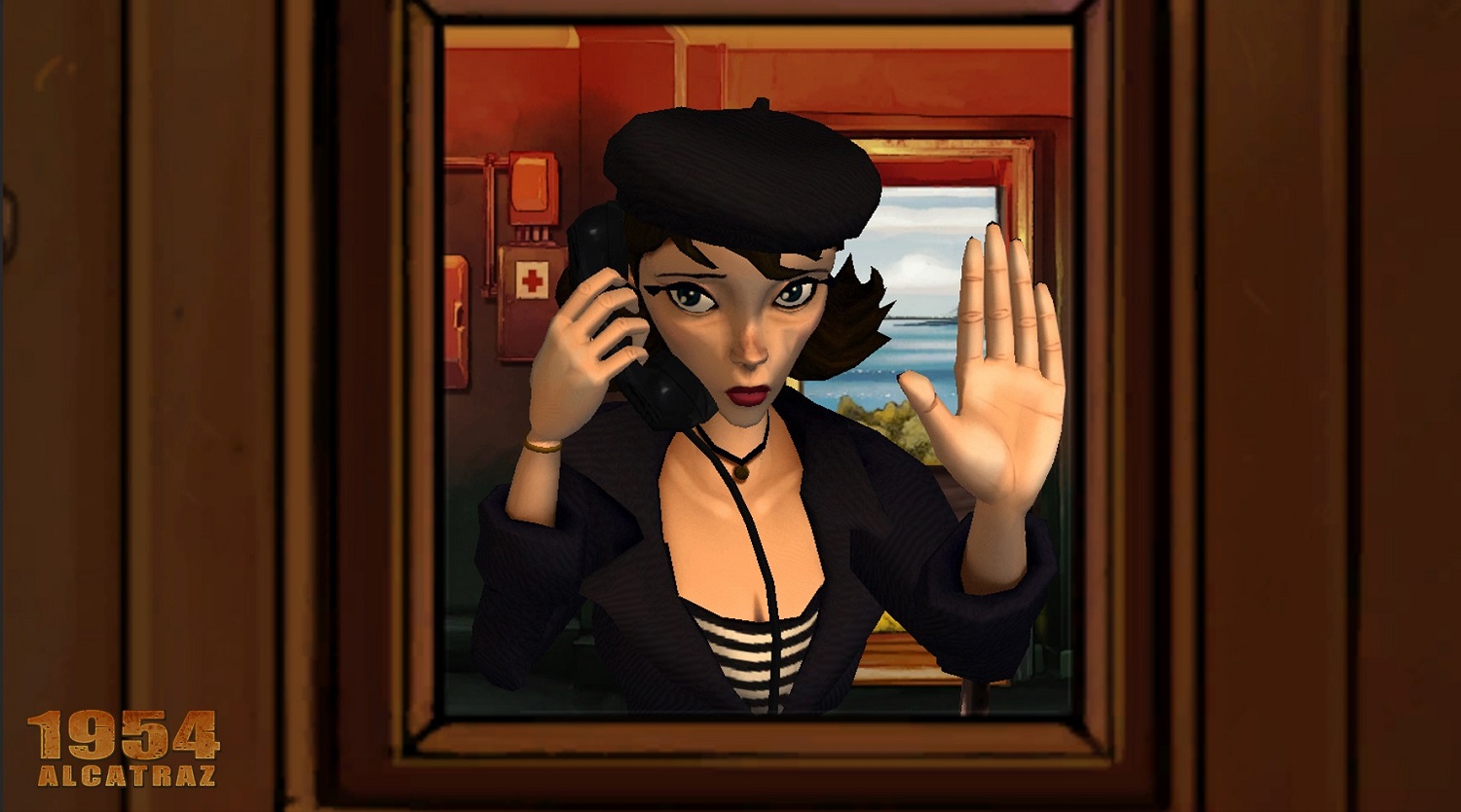 1954: Alcatraz is unlike your everyday adventure game, it follows the story of two characters who are husband and wife. Joe who was recently sentenced to Alcatraz for 40 years for armed robbery, and his beautiful beatnik wife Christine who is being threatened by the people that know about the robbery and want to find the stash. Throughout the game you can switch between the two characters freely when you wish to, however there will of course be moments where you need to play as a certain character to perform and carry out a task, so you can't complete the game from just one side of the story.

As Joe you'll have the ability to explore around the prison when you're allowed to as well as perform tasks for guards or other senior people if asked, otherwise Joe doesn't have many places to go, but when in prison you don't have much choice. Christine on the other hand is spoilt for choice, allowing her to go to multiple locations within the in-game map screen, in the build we saw the locations were limited but we were promised a cafÃ© and a nightclub as well as places like the docks to Alcatraz and your apartment. In the final game you'll have the ability to wander off and explore the city as Christine. Creating a feeling of a living town for you to explore making a nice visible contrast between the two lovers' lives.

Visually the game looks fantastic, the characters and environments are broadly based off their original designs and have been redrawn and reimagined by Daedalic's fantastic artists to keep it similar artistically to their other games. To keep it on par with all of Daedalic's previous releases you can expect extravagant hand drawn environments as well as backdrops with subtle animations to keep it alive and feeling natural, plus you can look forward to some very nice looking skies. 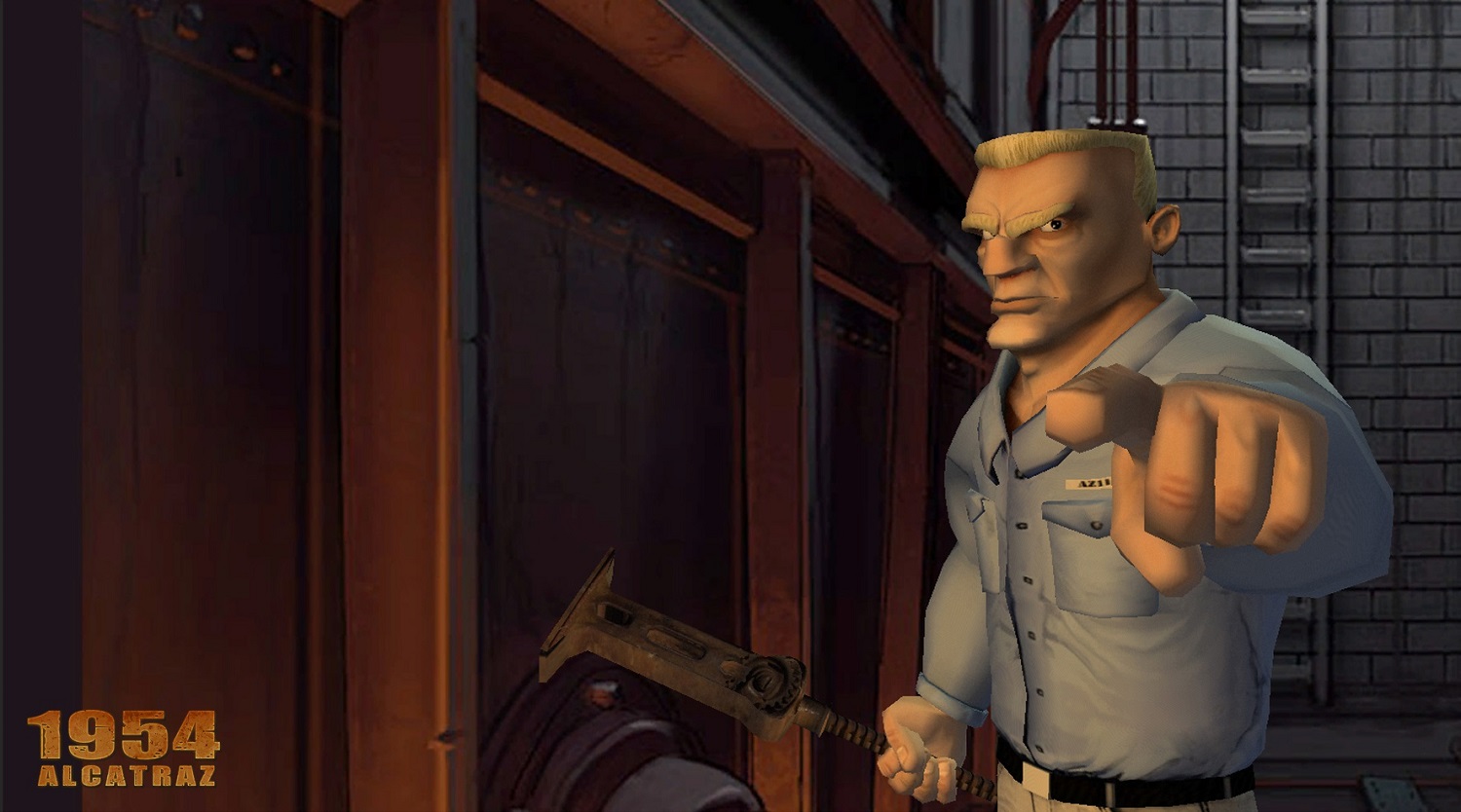 Along the way you meet a varied cast of characters, of course most of the dangerous sorts will be in Joe's world, locked up keeping them away from the general public. Dangerous people aren't the best to be messed with, however they can also be vital for finding your way out of the place, or for getting a few favours here and there. Being in a prison you can expect the usual cast of characters including a thug, a snitch like character, impolite guards and oddly enough a transvestite named Chiquita. They've even tried to integrate the Birdman of Alcatraz into the story, who may not have been as interesting in his stay at Alcatraz, but it's nice to see a little bit of history among the story. Plus of course the streets of San Francisco are riddled with interesting characters that Christine gets to meet.

With the vast array of characters in and outside of Alcatraz they've tried to even out the odds so not only Joe is under stress and danger while in prison, but Christine is also in about as much danger as him dependant of course on how you play out your actions within the game, along with what you choose to say. You do have to be quite careful with your words though as if you aren't the politest it could end in arguments or even end in your demise. If you do go down a path that leads to your death, after witnessing your funeral you are then asked to maybe try the situation again, giving you a chance to potentially pick your words a little better, or not try and stab someone with a shiv.

One of the most interesting subjects of the game is its focus on relationships. Some games here and there will focus on the relationship of two sole characters usually the male protagonist and a female counterpart, or of course we'll sometimes see relationships grow between those that at first seem like total opposites. That's the general gist of most games out there, however in Alcatraz they're juxtaposing a relationship that is lasting across the bars of a prison and a life sentence. When compared with the weaker relationships of others and flaws within them. Making relationships a key segment of the game as they can easily be taken advantage of. You can also change your relationship with Christine if you choose to start lying to her instead of be the truthful loving husband that you should be. You've also got to remember at the end of the day she's your only contact outside of the prison, and if you don't want to spend the next 40 years locked up you've got to find a way to try and escape the unbreakable rock. 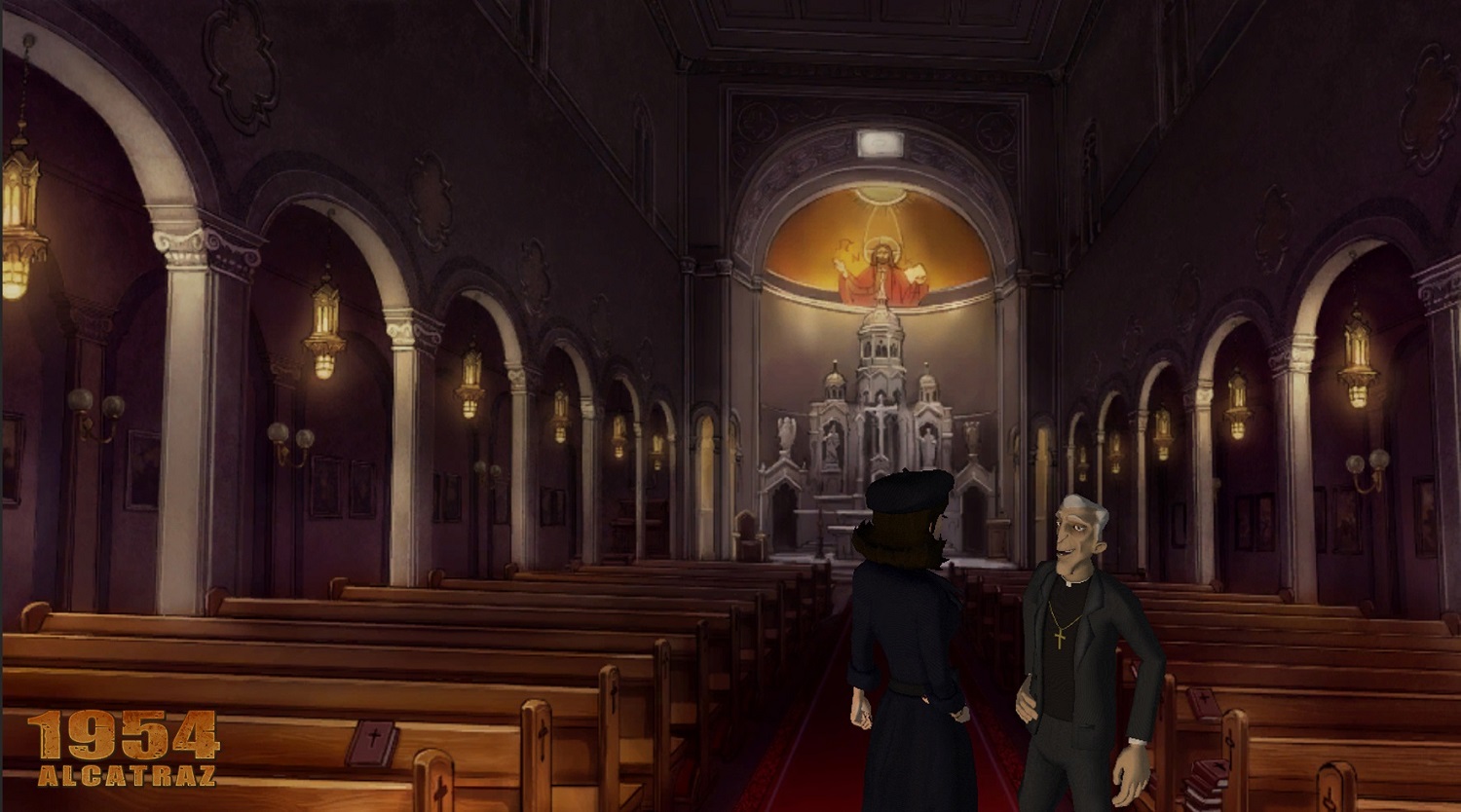 The game was originally created with different tools but now thanks to Daedalic publishing the game it's being brought over into their own engine and tool set so that it can be more easily ported over to other platforms. As even though 1954: Alcatraz is only being released on PC at first you could potentially expect releases on other platforms. The migration over to their tools also means the game will feature Daedalic's useful hint system, allowing you to get a little help when stuck in the game, showing you what you can interact with in case you missed an item or didn't realise that a piece of the environment was of use.

If you like the sound of a 1950s adventure game following the lives of a beatnik and a crook then 1954: Alcatraz is due for release on pc later this year during the third quarter of 2013 so keep an eye out for this game's release as we hear the ending is one that you don't want to miss.