Announced back in January was the true reimaging of Mythos Games' legendary tactical roleplaying game XCOM: Enemy Unknown, not to be confused with the first person shooter XCOM that had a large presence at last years E3. All previous news, previews and announcements on the game have focused on the premise of the title, the first encounters with the distant alien threat and what developers Firaxis have tweaked from the original game.

We got a sneak peek at XCOM: Enemy Unknown from a bit later on in the game, where the invasion is fully underway, and Earth is quaking in its boots as the alien forces get stronger and stronger. At this point in the game, much like the original, the paramilitary organisation Extraterrestrial Combat Unit (or XCOM) have intercepted, slain and generally held back the threat of alien domination, and in getting this far in the game, the group have a lot to show for. 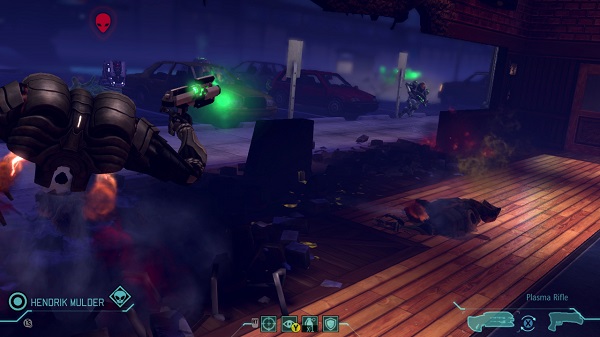 Our demo begins with the remnants of the beta squad, a small military unit holding back a little bit of the invasion in a corner of a town, the team are not faring well, they're on their last legs and to make matters worse the demo reintroduces a terrifying favourite from the original; the Chrysalid that Firaxis are hoping will instil the same dead that they originally did; these guys can take down your men in one hit and if you aren't careful your fallen will transform into them if taken down and impregnated. To make matters worse, the Chrysalid is joined by a Heavy Floater, Beserker and Sectoid Commander, sorry Beta squad but you guys are pretty much already dead.

If you go into a fight with no hope in the world, Firaxis have made it abundantly clear that the game will retain the difficulty of the original series, so it's not surprising when these guys are taken out one by one, if you do not take advantage of research at your base, Earth will be an easy target.

Now if you remember the original game, then you'll know that research is the central point of the game, and the only true way to fight back alien invasion is to use their own technology against them, so coming into the game so far in, we get to see a sample of the alien tech that has been researched and used with an elite squad of XCOM that have been sent in to save the day; they're stronger, more agile, better equipped and headed by Sid Meier, so there's nothing that they cannot do. With the capability of mind control, stealth cloaking and flight, one shot from a heavily improved plasma rifle will take down the toughest enemy with ease, just as long as you get to them before they get to you. 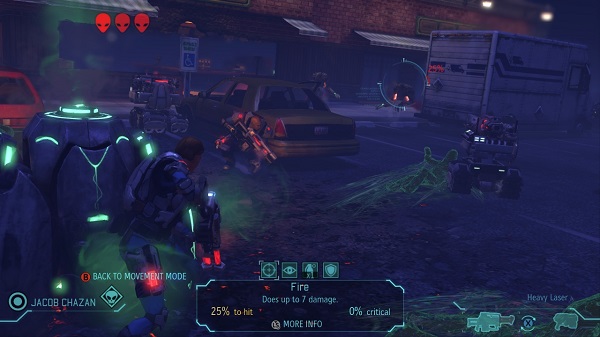 The game is looking very bold, colourful and so beautifully true to the original, and Firaxis appears to have definitely accomplished a true XCOM for the current generation. At the end of the day, the hardcore fans will always pick holes, however we are sure that they will not be gaping ravines, Firaxis are leaders in the strategy genre and they will undoubtedly do justice to the beloved series.

XCOM: Enemy Unknown is due for a release October 9th for PC, Xbox 360 and Playstation 3.