One title in particular that we were looking forward to getting our hands on was NeoCore games' The Incredible Adventures of Van Helsing, now you may be unfamiliar with the Hungarian studio that is usually busy making strategy games infused with roleplaying elements, such as the King Arthur series, however these guys have now finally created what they have always loved; the action RPG!

With Van Helsing in the title, many are quick to make the uneducated leap to the abysmal film, however upon closer inspection, it is very clear that the game is not based on the man of legend; Abraham Van Helsing, because let's be honest, he's a little too old to fight the likes of vampires, demons and monsters. So when a letter from his friend Dracula -yes they have made a few changes here and there- arrives asking for help, all he can do is send his eccentric son in his place, who may not be the most socially tact individual, but he sure knows how to slay a demon or two. 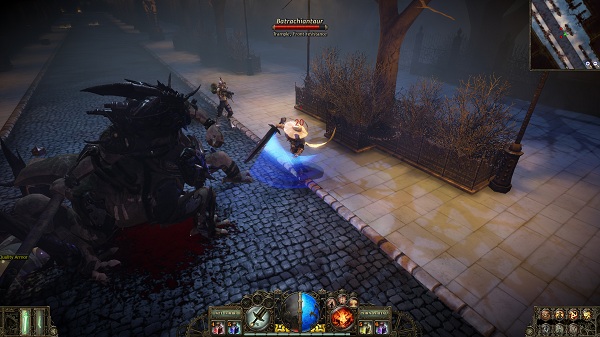 The Incredible Adventures of Van Helsing is an isometric action RPG full to the brim with hulking monstrosities and scientific abominations in a world of magic and dark fantasy, but Van Helsing isn't after vampires, his pistol is aimed at atrocities like Behemouths, Undead and the gargantuan Batrachiantaur, and our personal favourite the unassuming Frankenstein's monster, flame-thrower-bearing Igor, and we only saw a selection of the colourful and imaginative enemies that you will face.

As an action RPG full of vibrant enemies the game is not simply click, click, click, and as a company that deals in strategy there is a degree of tactics involved in the slaying of deadly demons; certain enemies will have immunities, others weaknesses, some may even have frontal armour that is almost impossible to penetrate, and although tactics are not the games central focus they will always be playing out in the back of your mind.

NeoCore have pulled inspiration from all manner of games, as a whole the development team are great RPG fans, which has always shone in their strong strategy titles, and so there are obvious similarities to the greats like Diablo, Torchlight and countless others, but if there's one aspect that has always remained strong in the Hungarian developer's games, it's story, and for Van Helsing they have looked to games like Bastion that place a strong emphasis on character and humour. 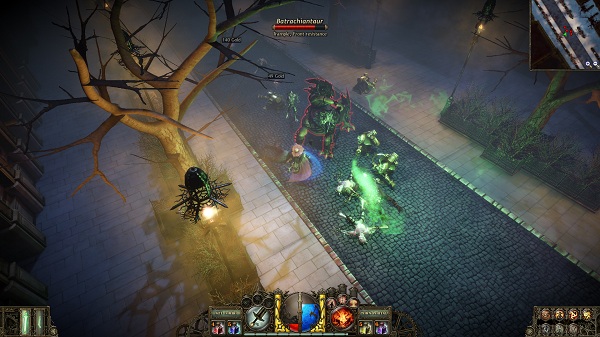 There are no classes in Van Helsing, it's just come as you are, but this is an RPG, so variety, as usual is the spice of life, so you aren't limited to simply swinging a sword at any enemy that comes by, far from it in fact, thanks to skill trees and abilities the young Van Helsing is like a Mage, Warrior and Rogue rolled into one, and at any time during battle he can switch between using his sword and magic, or his pistol and magic, and to pack that extra punch each style has its own special attacks tied to Van Helsing's rage that is fuelled by felling demons.

Switching between the styles worked pretty well, and with such a varied range of enemies to encounter you cannot simply stick to fireballing everyone within range, with characters like the Igor exploding upon death, hacking at them with your sword will see you in a spot of trouble, but they are the perfect enemy to fire at when they are surrounded by bloodthirsty Behemouths. Assessing your situation and using the correct tools really pays off in the game, which really separates it from your standard action RPG.

The Incredible Adventures of Van Helsing has all the makings of a great action RPG, and whilst we were only able to sample an example of the combat, environments and enemies that the game has to offer, we cannot wait to see what this comical tale has to offer when it is released during Q4 2012 for both PC and XBLA.