If there's one thing that everyone loves, its pirates, unfortunately, due to films like Pirates of the Carribean, the archetype as a whole has been made far too loveable and family friendly, gone are the days where pirates struck fear in the hearts of men, however developers Octane Games are hoping to put some variety into the jolly old pirates with their upcoming dark, and very adult Raven's Cry.

As a sole survivor of an attack by ruthless pirates, Christopher Raven's lost hand only serves as a reminder of the slaughter of his family, like most men he doesn't forget a trick, and years later he is on the road for revenge, out for blood and with nothing to lose. 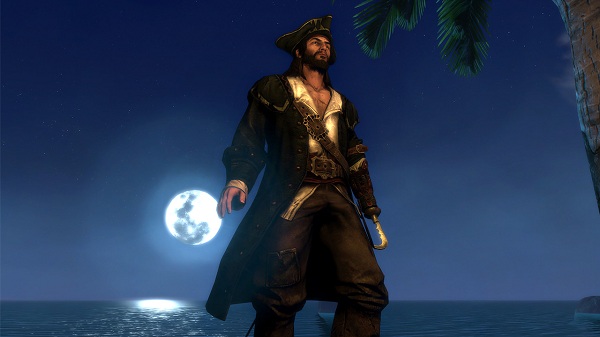 Christopher is not your standard protagonist, and he's a bit of a troubled anti-hero of sorts, after witnessing the massacre of his family he pretty much vowed vengeance on all those that took part in the wicked deed, a bit like a good revenge film, and like all good revenge films it turns out that the orchestrator of the terrible event is a respected pirate; Neville Scranton. In his search he will travel across a world of treachery and adventure from the dangerous haven of Port Royal, the streets of London and even forgotten Aztec cities in the search for his adversary.

In the presence of pirates there is no right and wrong, you'll never encounter a saint among them, and so in Raven's Cry you'll never have to make a moral choice, there are no good choices, just bad and worse, and these aren't going to spark major consequences, instead think of them more as ripples to shape the story, you won't be asked to enact the destruction of a race, but chose whether to maim or simply threaten the slippery pirate that you're in conversation with.

Outside of exchanges with the slimy underbelly of the pirate world Raven's Cry is a 3rd action game that combines arcade style hack'n'slash sword fighting with charged expendable flintlocks in a historically accurate and lavishly detailed world. 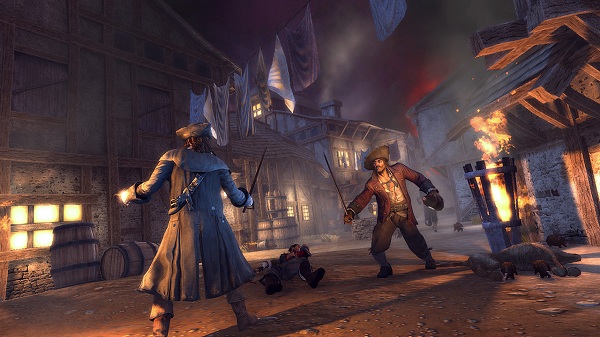 It's truly been a while since we've seen a disgustingly realistic pirating affair, and if Raven's Cry can promise all the grit and dirt comparable to Red Dead Redemption's exploration into cowboys, then it will be a benchmark for future pirate games, and lay the likes of Pirates of the Caribbean and Sid Meier's Pirates to shame, for glorifying the lives of the raping and murdering scum of the 17th century.

Although we only got to see a snippet of Raven's Cry, its dark and atmospheric environments paint a beautifully sinister and gritty picture of pirating, and hopefully with its engrossing story we can expect a comprehensive game that focuses on the other side of the coin. Raven's Cry has not yet been given a firm release date, but expect to see it towards the end of 2012 on PC, Xbox 360 and Playstation 3.