Whilst Divinity: Dragon Commander is quite a different affair to Larian Studios' usual games, one announcement that was welcomed with open arms was Divinity: Original Sin, a party based RPG that takes place before Divine Divinity, and from what we can see, there are no dragons here!

When you begin Divnity: Original Sin you won't be asked to create a character or pick a class, you are given two characters, a male and a female of whom you can shape to your play style as you progress through the game, and both have their own back stories that will be revealed. 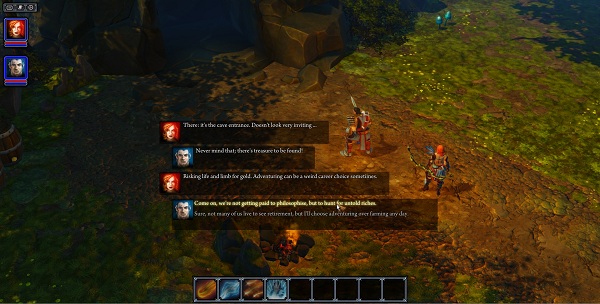 Divinity: Original Sin is a proper RPG, and you won't find yourself on a quest for Kobold candles; there are no simple and repetitive fetching quests, because after all, everyone knows that performing arduous tasks is just not fun. Instead Original Sin is promised to be full of complex quests that branch at any given minute and make you feel like an actual hero or villain, not simply a glorified messenger.

Contrary to their previous games, Original Sin features turn-based combat and is fuelled by action points that determine a players ability to move, attack, and even equip items and use skills. To add a bit of variation, in combat your most useful weapon is not some fancy sword or magic, but your environment; barrels of oil can be split open and set alight, water can be turned to ice, you can even make it rain to your advantage, however your enemy will also use the environment against you, so if you do not act fast you may well find yourself in a sticky situation.

Like previous games in the series, Original Sin is an isometric RPG that is colourful, humorous and is billed as the only RPG set to rival Ultima VII! Similar to the first Divinity you are able to interact with absolutely anything that isn't nailed down, so if you feel like picking up an NPC's broom and use it as a weapon, go right ahead, but throughout the game whatever action you carry out, you'll need to take the games rep system into consideration, but we'll come to that in a bit. 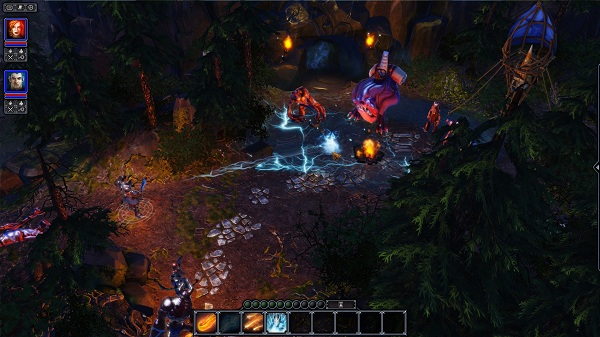 What makes Divinity: Original Sin interesting is as a part based RPG, it can be played in multiplayer! Via the magic of LAN and Internet you can play with three other players, nothing too new right? Well Larian have not simply created multiplayer in the usual sense that you would find in an RPG; just because one of you is in combat, does not necessarily mean that you must fight alongside them, as long as you are far enough away you can continue exploring or help out your friend. So if you decide to play with your boyfriend that isn't exactly the best in combat but loves a good story, then he needn't get involved, and thats only the start!

What is very exciting, and different about Divinity: Original Sin is that the developers see it as the digital version of a pen and paper roleplaying game, which in essence is a very cool idea, and they see it as a potential couch co-op where players work together for a variety of systems, more importantly the unique conversation system that hopes to emulate the group conversations that would take place in a roleplaying game. When one player starts up a conversation everyone can get involved, make their own choices and start long dialogues with each other in real life pertaining the the questionable choices they have made in game, suddenly Original Sin is not just a game where three clients play with the host, but where four players play as a real group.

Another interesting feature is the rep system, that doesn't necessary mind whether the choices that you make are good or bad, but moreover the impact of the choices you make, sure doing bad deeds will stop traders dealing with you, but if you're a bit of a superstar then everyone's going to look up to you, cross them the wrong way though and don't be surprised if certain people stop talking to you. We were shown a bit of a comical example of rubbing npc's the wrong way, and simply messing around with another person's possessions, or even stealing will not be well received, and their attitude towards you will turn for the worse. However what someone does not see, they will not know, so have one player distract an npc with a conversation, and the remaining players are ripe to steal whatever they see fit, have you ever seen cooperative stealing in a game before? 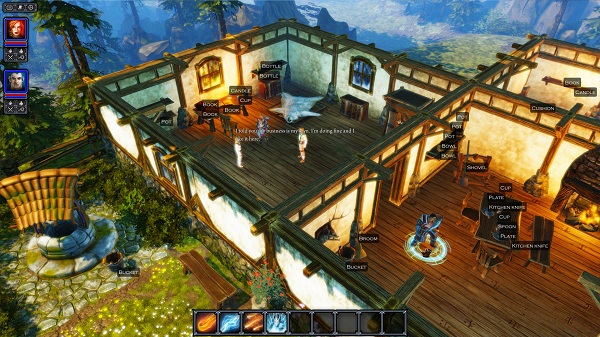 Original Sin also contains a pretty comprehensive combination system, where if you have two objects and they can be used together, you'll probably find they can, got a few mushrooms lying around in your inventory, why not combine them with your sword for a poisonous weapon, how about a few apples? Whilst you could eat them, if you were to combine them with a potion you've got an instant poison detox! Still not impressed? Well say you find some grain on a farm, if by chance you were to combine it with some water then you might just get some dough, locate an oven and you've got some homemade bread! We aren't kidding, and the possibilities of this combination system literally sounds endless!

To make Original Sin even better, Larian have announced that the game will be shipping with its own proprietary editor for users to create content with, better yet for those modders that are a little weary of scripting, it is apparently accessible for pretty much anyone, and looks fantastic! 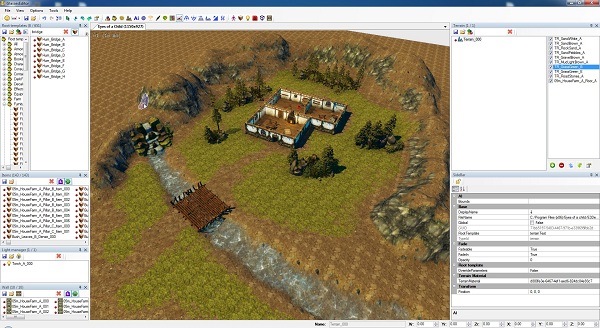 With a simple, but effective editor, turn-based combat, unique conversation and rep system, and a multiplayer experience only second to a pen and paper RPG, Divinity: Original Sin looks set to bring the Divinity series back to true greatness! Divinity: Original Sin is currently scheduled for a release some time during 2013, the guys at Larian Studios know their business, and with so many games under their belt already and no looming demands from publishers we can expect to see Original Sin done when its done!