In the story of good versus evil, evil is not always the most obvious choice, and developers Cyanide wanted to experiment with the age old fantasy fight by flipping the coin for once; the charismatic and opulent humans have won the fight that's for certain, but unfortunately they won't stop there, and on their Emperor's will a complete cull of the green skins has been called for, so rather than play the part of the humans removing the disgusting race from the face of the earth, you'll be controlling two of the few remaining non-humans on their quest to assassinate the human Emperor in Of Orcs and Men. 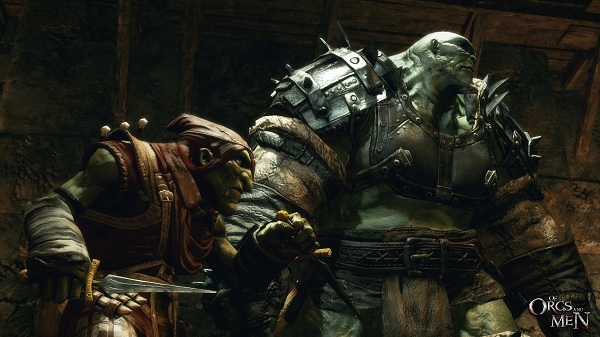 Of Orcs and Men centres around two unlikely heroes Arkail a hulking powerhouse of muscle and anger and Styx a slimy and wily goblin, both are chosen to attempt the suicide mission that will see them penetrate the human encampments, travel to the towering walls of the City of Men, and destroy the man that wishes to destroy them.

Cyanide and Spiders are not know for their action games, and this is why despite looking like a standard fantasy hack'n'slash, Of Orcs and Men is actually a tactical RPG where button mashing will get you nowhere, and like any competent RPG you'll need to balance your offensive and defensive moves, and utilise the tactical slowdown to observe where your battle is headed and what moves to make. Of course like a true RPG the game is also full of loot, a tech tree full of skills and attributes to aid your fight against the human race, and most importantly the raw, brute strength of the proud Orc race.

Both characters have their strengths and weaknesses, however you cannot help but control the colossal Arkail and feel like the Hulk; ambling along gritty paths and lush vegetation, his great forceful sweeps with the biggest weaponry to hand are reminiscent of a true tank of a creature, and you won't like him when he's angry, well you will actually; take too much damage and Arkail enters a 'rage' trance where he packs twice as much punch and truly decimates his enemies. 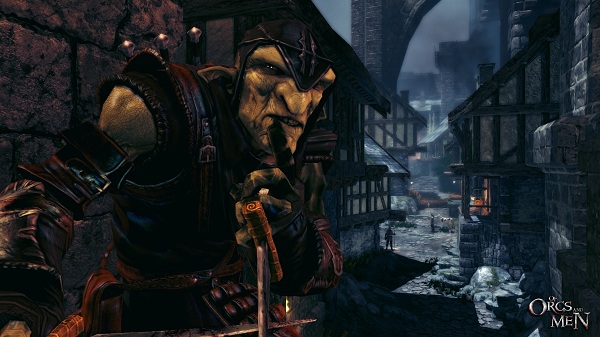 Styx is Arkail's polar opposite, whereas Arkail sticks out like a sore thumb in even the most camouflaged of positions, Styx on the other hand can blend into areas using his stealth mode to sneak up on unsuspecting victims and ranged weaponry to ensure that he is as far away from combat as possible, cause this little guy's defence is his true weakness, and like all good buddy games the two play off each others disadvantages, but if one of your characters die, its game over!

As an oppressed race, both characters have their own strong opinions, which makes for not only entertaining banter throughout, but a rather unique ability to choose either of the two to make choices in conversations; reply with a snappy, and hot-headed remark from Arkail in a situation and you'll probably offend, however chose to reply with Styx and he may slime his way out of a sticky predicament.

The two do not always work separately however, and in combat they can double-team for some amazing effect, and if you ever felt like hurling an annoying goblin at a crowd of people, well Of Orcs and Men makes that dream come true. What began as a joke in the Cyanide office became a reality and a great stunning move against packs of enemies. 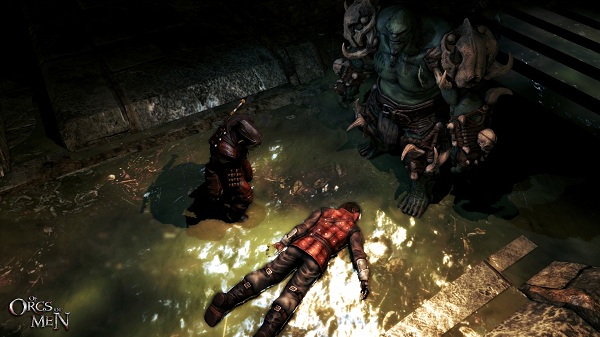 Now this is not simply a companion game, so at any point during play, including combat, you can switch to the other character leaving a simple AI in control of who you just left, and unfortunately this is a traditional roleplaying game, so it will not support multiplayer or co-op of any kind, which is a shame, because we could imagine Of Orcs and Men as a great couch co-op.

With the obvious main story path of the game revolving around the defeat of the Emperor, Of Orcs and Men also boasts a flurry of side quests that can affect the story's direction, in total we are promised a whopping 20-30 hours gametime which, if it can deliver will be a welcome addition in a sea of 6-8 hour games.

From what we saw developers Spiders have certainly created some breathtaking environments for you to feast your eyes upon throughout the five chapters of the game, with lavish jungles, immense mountains and dirty city slums everything we have seen of Of Orcs and Men certainly appears to tick all the boxes of a classic fantasy title. 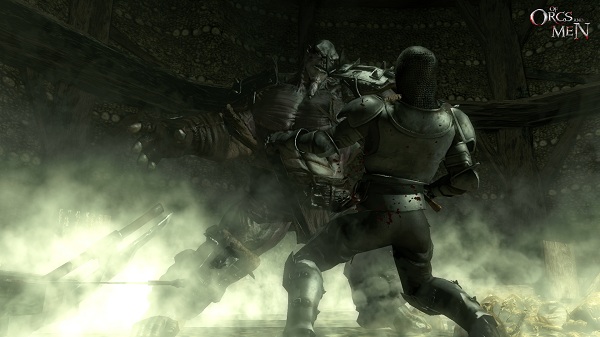 If one point rang true at this year's E3, it's that the brutality of gaming is constantly rising, and Of Orcs and Men is a stellar example of this; the blood literally flies as you bash in the skulls of men with bone snapping satisfaction, and as well as gore intensive, these couple of green skins certainly never kissed their mothers with their mouths as they toss profanities left and right, so if you are easily offended, then this is one game that may take you a little by surprise.

Of Orcs and Men looks absolutely fantastic, and whilst the combat still requires a bit of polish the massive contrast between Styx and Arkail makes for an interesting tactical setting. If like me you are sick of always having to play as half-orcs in the multitude of fantasy games on the market then this is the game you've been waiting for. Of Orcs and Men is scheduled for a release during September/October 2012 for PC, Xbox 360 and Playstation 3,