During last year's Eurogamer Expo my most played game must have been Joe Danger: The Movie, mainly because I was determined to finish what I had been told was the hardest level playable, which most had given up on. After about 200 odd attempts it was in the bag and I then knew it was horribly addictive, but of course in a good way. Well I managed to catch up with the lovely developers at Hello Games once again to have another play of Joe's upcoming sequel.

Joe Danger: The Movie is the semi-sequel to the critically acclaimed Joe Danger, a side-scrolling racing game that rivals the likes of Trials but features much more personality and character. Joe Danger was originally released on the Playstation Network, however Joe Danger: Special Edition came out on Xbox 360 at the end of last year so that both console owners could give it a play. Well he's back for another stint and after getting a taste for the Xbox 360, Joe seems to have returned to the console once again for Joe Danger: The Movie. 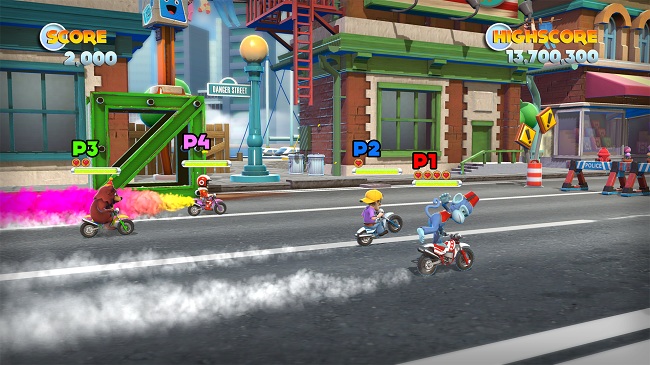 In Joe Danger: The Movie, Joe has made his way to Hollywood to perform all the stunts required for the movies, this has allowed them to fill the game with a wider variety of locations and vehicle types, from chases on train carts, skis, police bikes, jetpacks and even a unicycle! Or you can of course race on Joe's signature motorbike.

Overall Joe Danger: The Movie features a lot of what you'll be used to from Joe Danger, there's still objectives for each race, some of course much harder than others. Boosting is still a necessity for getting a good time and getting the biggest air, or even for timing things right. Performing tricks and wheelies are just as important for filling up your boost bar, while ducking and jumping are just as crucial too as you have to be careful with what you drive into!

The best level by far and possibly the hardest I've played is an amazing unicycle level. Gone are the carefree days of charging your unicycle through the track in Unirally, in Joe Danger balancing is involved. It was fairly tricky to get used to the controls at first as not only did you have to control it like a normal vehicle with ducking and jumping etc, you also have to control the balance of yourself atop the unicycle with the left analogue stick. Each jump performed could put you off balance and before you know it you smack down onto the floor head first. Sadly I didn't manage to finish the level after many attempts, I did get quite far at one point but I had to rush off elsewhere and I didn't get to play the level again when I returned. However when the final game is released I will make sure to finish that level the second it's unlocked! 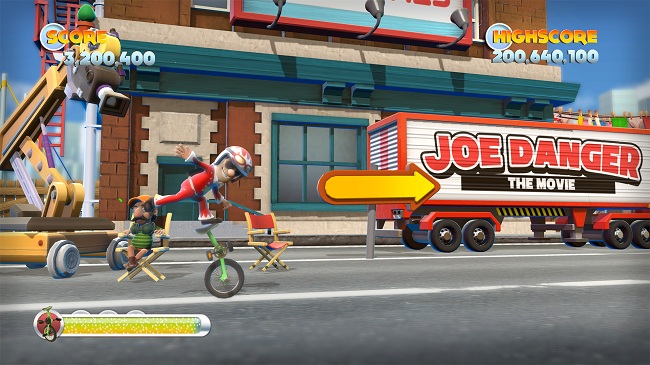 An element of the game that I hadn't tried before is the fun and competitive multiplayer; playing with Charlotte and Hello Games' Art Director Grant Duncan we raced head to head on a variety of courses on each vehicle possible, trying our best to come first. Similar to playing Little Big Planet while close to your friends you can punch them off the track giving you the advantage, although it is perhaps a little too much advantage, however as long as you boost throughout the level and especially right at the end as you may get your nose past the finish line first. Plus to make yourself stand out in multiplayer there's such a huge array of characters to choose from so you can compete as Joe, a chicken or even a monkey, so you won't get confused with which player is which, unless you want to do that on purpose.

There will be around 20 vehicles in the final game, 20+ playable characters and potentially a massive 100 levels if they find the time to make such an insane amount. However the fun doesn't stop at 100, similar to the release of Joe Danger: Special Edition you have the ability to create your own levels in an easy to use editor. This time called Toybox which allows you to go wild in creating levels, and the best bit is you can upload and share your levels. In Joe Danger: SE you could upload levels but sadly only share them with friends, however this time round it sounds like we might get the whole 'user-created' experience, allowing you to even download tracks that the developers have created after the game's release in their free time. Plus you can even have a go at creating multiplayer tracks, where you'll want to be extra sneaky with your trap placement. 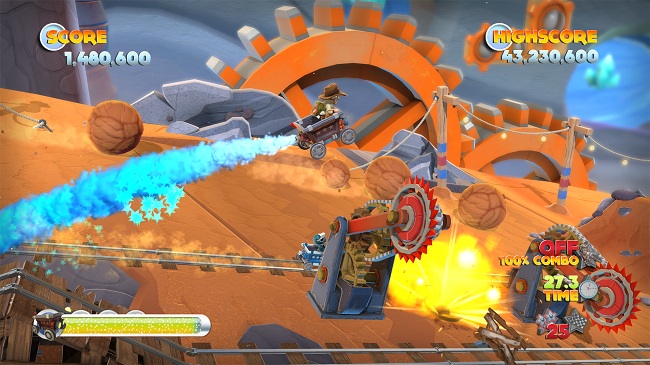 After now playing Joe Danger: The Movie twice at different events I can honestly say I've enjoyed every moment of it, it looks like it's going to be a great sequel to the original while also being great for new fans. Joe Danger: The Movie was originally pegged for an early 2012 release; however with that now out the window they hope to have it out by August/September, so keep your eyes peeled on Xbox Live Arcade so you can pour hours into this charming and addictive physics/stunt based racer.