As long time fans of the stealthing subgenre, there were two games we were very eager to see at this year's E3, obviously one of those was the latest in the Hitman franchise, however the second is perhaps a lesser known game, that we are so much more excited for, called DARK.

DARK is a 3rd person stealth title that is sort of Deus Ex meets Splinter Cell where full on stealth is the key to the game, however what is perhaps better about DARK is its trying to make vampires cool again, much like Blade did for films, DARK is attempting to revitalise the same dark story and atmosphere of the great, but not forgotten Vampire Masquerade titles. 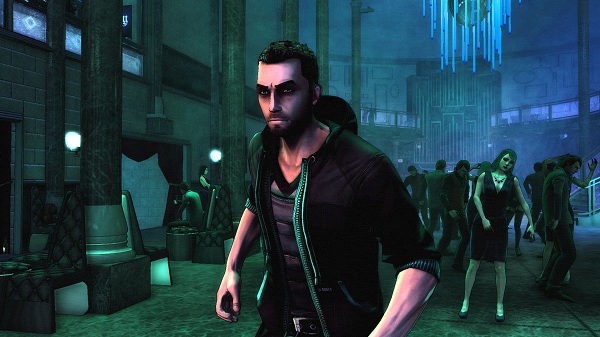 The game follows Eric Bane an innocent bystander, who wakes up one night in The Sanctuary a thriving electric nightclub, with no memory of how and why he got there, matters are made even worse when he finds out that he is now a vampire. Like most unintended vampires, he wants to be human again and reaching that goal may well mean shedding some blood, making new interesting acquaintances and attempting to bring down a global corporation.

DARK is set in a bleak and sinister futuristic world, almost neo noir, and everyone knows that a huge corporation is not simply taken down by rushing into a fight and knocking the socks off a variety of simple guards, thugs and eventually supernatural enemies, the game's story takes place over 8 different environments that range from dark alleyways to eventually looming skyscrapers as Eric searches for the cure to his 'disease'.

The games most important aspect is it's stealth, for this the developers Realmforge have made it abundantly clear that this is not an action game, unlike Hitman, Splinter Cell, Deus Ex and even Metal Gear Solid if you give yourself away you'll be pretty much doomed, you do not have the choice of taking the stealthy path or the open path, you need to remain in the shadows, away from sight and take down your enemies silently. Now this sounds fairly strict, however what Eric as a vampire can do, is above the powers of a mere mortal such as Sam or Agent 47. 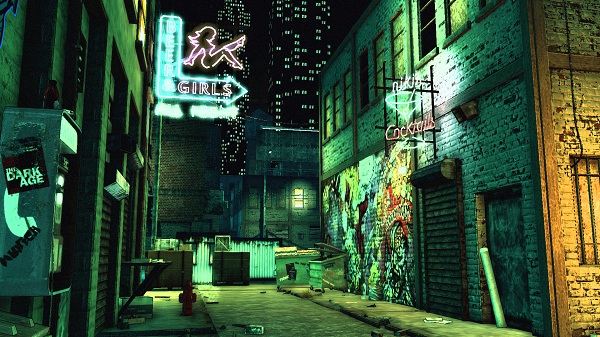 Now DARK is not just a stealth game and carries the undertones of an RPG which grants Eric access to a host of special vampire skills and abilities that will aid your survival, and improve the ways you sneak around your environments. Such upgrades include the potential to see through walls, perform what is essentially a force push, and one in particular we were shown; the ability to leap between the shadows.

The Shadow Leap is a particularly cool skill at your disposal, with it Eric can disappear and reappear at any shadowed location within range, and if an enemy is within that range you can take them down in the blink of a eye by leaping to them and performing a deadly takedown, now of course you cannot just do this willy nilly, and there is a global pool of which Eric's health and powers drains which is revitalised by drinking the blood of the living, a trick he's just going to have to get used to.

From what we've seen so far, thanks to Eric's insane vampire abilities, DARK looks to make the stealth genre cool again, a bit like when you carried out your first ceiling takedown in Splinter Cell. The only aspect that is slightly worrying is if it will be all style and gameplay with no substance, vampire stories are not usually known for being particularly deep, but it would be nice to see an engrossing modern vampire tale. Although currently on a solely aesthetic point thanks to the game's unique cell shaded graphical style, and seamless cover-to-cover system, DARK exudes cool on so many different levels. 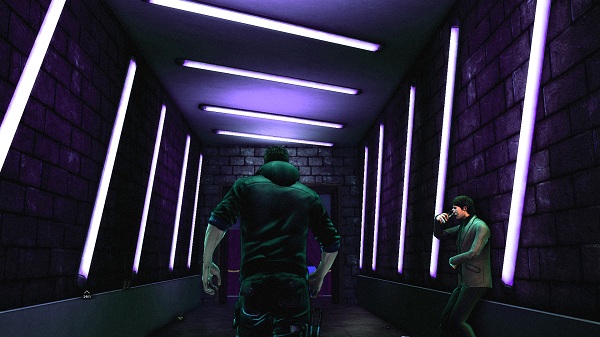 Vampires may be 'in' now thanks to Twilight, but it looks like DARK could be the game to bring the integrity of the super powered beings back to cool status in the eyes of gamers. DARK is scheduled for a release Q1 2013 for Xbox 360 and Windows PC, as big fans of the stealth genre, and fans of vampires back when they were 'cool' we can't help but say that we're a little excited.