If we were to hand out awards for the most beautiful games that we tried out at E3 there would be no contest, in a rather surprising turn of events we were able to sample the brilliant new adventure game from Daedalic Entertainment; The Dark Eye: Chains of Satinav that truly sets the bar on hand drawn animation, backgrounds and characters in games.

Based on the hugely popular Dark Eye RPG, Chains of Satinav follows our hero Geron a young bird catcher who 13 years prior to where our story takes place, was prophesised as bringing the end to the small town of Andergast a mere speck in the world of Aventuria, that is brought to life in vivid HD with an art style that does the RPG proud. 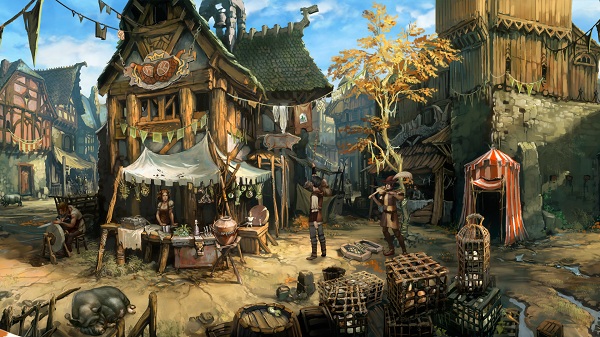 Similar to the tale of Sadwick in Daedalic's The Whispered World we follow Geron on his journey as he attempts to clear his name, along the way fans of the tabletop RPG will recognise the names of many a character encountered, not to mention bear witness to some of the most beautiful environments seen in a game that are comparable to the painted illustrations of a great fantasy tale. Daedalic's attention to detail in even the slightest of animations creates a living and breathing 2D world, however the well respected developers also prove that Chains of Satinav is not simply a pretty face.

We were shown a few puzzles of the game; the first a simple oak leaf challenge that would permit an audience with the King, with a mix of combinations, conversations and distraction the puzzle is easily completed like most adventure games, however there's an interesting magic mechanic in the Chains of Satinav that separates it from standard point and clicks. Geron has a little of the dark arts inside of him, and is able to destroy simple objects with his will, now whilst this sounds fairly straightforward the magical side of the game is truly brought into play once you meet up with Geron's companion Nuri the fairy, you'll soon discover her light magic that allows you to mend broken objects; a very nice complement for Geron's destructive powers that will see their combined magics used often to crack a puzzle. 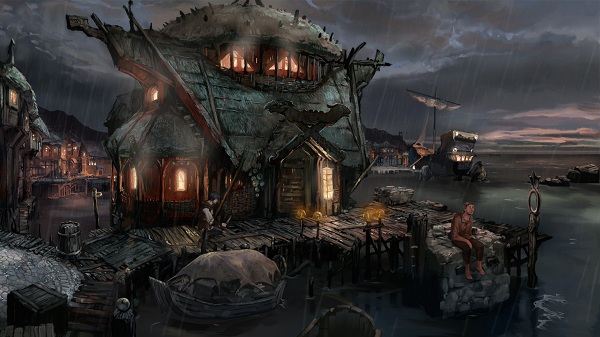 Now Chains of Satinav would not be a Daedalic game without their trusty hint button, which is regrettably necessary in such a beautifully drawn world where the ability of separating scenery from interactive objects is quite difficult, however for those that like their brains to be properly combed, well the game comes complete with a casual and experienced mode allowing those with a penchant for the Dark Eye universe to simply enjoy the twisting story, or the more hardcore adventurer a little bit more of a challenge.

It is such a shame that there are no gameplay videos available yet for Chains of Satinav, and still the only footage of the game available is the teaser trailer we showed a while ago, it is really a game that has to be experienced firsthand, and on a nice big monitor, if you appreciate a good hand drawn illustration get ready for your breath to be taken away, because watching the story of Chains of Satinav unfold is just like looking through a lovingly drawn book of fantasy. 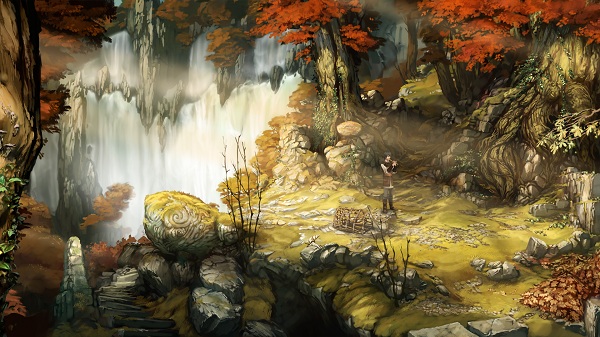 With the combination of Geron and Nuri's magic comes the potential for some very interesting puzzles, and alongside a healthy runtime of 12-16 hours you've no reason to pass up delving into the deep fantasy world of the Dark Eye -even if you are a newcomer to the world- when the game is released June 22nd for Windows PC across Steam and retail.